J.J. Abrams News of the Past Fifteen Minutes 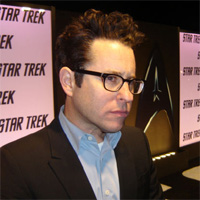 Star Trek's J.J. Abrams is still pegged to direct the seventh installment of the Star Wars trilogy, industry insiders say. Being that the act of Disney and Lucasfilm choosing J.J. Abrams for this role took place in the past, we can surmise that the partnership has remained unchanged -- and J.J. agrees. When reached for comment, a representative for Abrams told the press "J.J. is still excited to work on a creation that's touched millions of lives, including his. He still plans to instill this movie with the mix of wonder, adventure, and morality that continues to define the Star Wars legacy." Well, there you have it, folks. This ambiguous statement no doubt means there could be a real shake-up with pre-production on Episode VII, and whether or not that will put a stop to the near-endless amount of J.J. Abrams news remains to be seen. 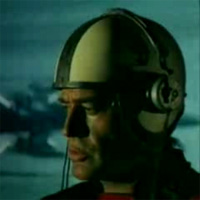 Rejoice, Star Wars fans! Episode VII will be just as long as most other movies, according to J.J. Abrams during a recent interview at a Home Depot parking lot in the Westlake area of Los Angeles. "I don't know, a couple of hours? It's a movie. Probably a few hours long. I really don't know why you're asking me this," said Abrams, struggling with an armload of cedar planks. He added, "If you guys aren't going to give me a hand with this stuff, I'm going to ask you to get away from my car and for my five dollars back."

Star Wars might take the form of your average movie, but this certainly won't be your average Star Wars; when asked about the structure of Episode VII, Abrams seemed secretive, if hostile: "Jesus. Three. Three acts. I don't know." It may be unclear if Star Wars: Episode VII will disobey the central tenant of storytelling in movies, but this breaking news at least tells us one important detail about the future of our favorite sci-fi franchise: J.J. Abrams lives in a house with an incomplete deck.

J.J. Abrams Had a Weird Dream About Chewbacca 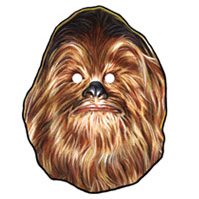 In a move that may shock some Star Wars fans, Episode VII director J.J. Abrams had a weird dream about Chewbacca. At some point last night within Abrams' subconscious, the world's favorite wookie reportedly "took the form of my 8th grade teacher, except it was the '90s and we were married but I still had my kid body," said Abrams to his stylist at a recent haircut. During the complimentary blow-dry, Abrams added: "It was wild. Woke up in a cold sweat. Probably because all of those kids keep asking me about Star Wars."

This news came as a shock to Star Wars veteran Peter Mayhew, the 68 year-old actor who once portrayed Han Solo's furry companion. In a tweet that caused much controversy, Mayhew claims to not be on speaking terms with Abrams. The former Star Wars actor tweeted at theforce.net: "For all those interested, I have not been contacted by J.J. about Episode 7." Chewbacca blacklisted? Needless to say, we'll be back with daily updates until this feud is settled. 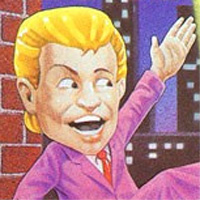 This Tuesday, a small, red envelope showed up in the mailbox of a certain Mr. J.J. Abrams. The co-star of the TurboGrafx-16's J.J. and Jeff and future Star Wars director received RoboCop by mail on Blu-Ray, and within just a few days, this simple NetFlix delivery has sparked controversy within the Star Wars community. Will Episode VII take an anti-corporatist stance? And how does this message mesh with the extreme merchandising of the Star Wars franchise?

"I don't understand," said J.J., flustered, "I'm not sure what you want to know anymore. I-I just got this on disc because the wi-fi in the rec room's kind of spotty and -- listen. There's a box of Cloverfield screeners for you in my garage if you'll just leave me alone." Abrams' continued hostility with reporters may indicate some serious changes ahead for the Star Wars brand, but until the locksmith gets back to us with those copies of J.J.'s house keys, we'll have to assume that Disney may respond poorly to the director's fixation on boardroom violence. 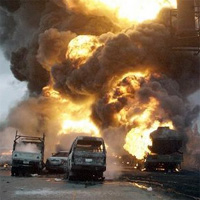 Han Solo might have made the Kessel Run in less than ten parsecs, but there's no telling how long it'll take J.J. Abrams to travel California's famous stretch of highway. The Episode VII mastermind fled from an impromptu Q&A session in front of a West Hollywood Baja Fresh Mexican Grill restaurant after refusing to answer a question about which font he uses in Final Draft. "It's just ridiculous!" said Abrams, his tires squealing off to meet the much-traveled interstate that's moved Californians north-to-south and vice-versa since 1957. Abrams' wild swerving and improper use of his turn signal could be a sign that the pressure of helming Star Wars could be catching up with him. We'll be sure to ask a follow-up question once Abrams is pulled from the fiery wreckage that used to be five cars.