A Crazy Fuckin Cell Where Shit Fall UP

Holla At: 9 Pickles @ D Block on 2
Askin: any menthols but yo this is strickly an amusement to observe you do not want to trifle with this shit
Niggas word: IS BOND (27 in last 3 months)

Check this shit out. Even in this trials and tribulatin' economies a nigga still got to get his and this nigga done picked up some prime real estate for those lookin to be entertained. Down on 1 there is some spooky clavo shit goin on my nigga Dan Hitler call the ragnarok.

I dont know exactly what that mean in english. Maybe somethin like "bad shit." Now yall think it was bad when the ninja turtles stop comin round and shuttin cells for lights out and suddenly stabbin statistics done rose about 900 percent. Every fool could be made a bitch was made a bitch and every nigga got a shiv comin done got stuck and bled out. Dead niggas just layin in they cells waitin for somethin that aint comin. Its a tragedy. 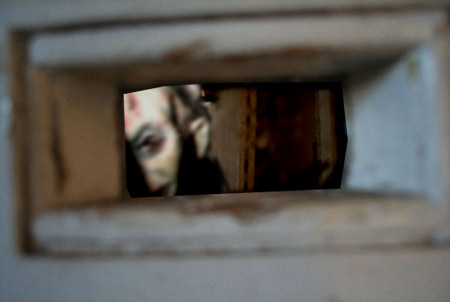 I hear moneymaker don johnson done got hisself beat to death by some niggas with can of soup and some pillows. That shit is tragic but of course 9 Pickles aint no bitch. I got in on some loot from the big eat now its like some branch davidian arsenal up in my cell. Got some sharp ass spoons and some bad niggas owe me a favor. So dont try nothin.

Anyway this is all gettin back to that tone come up out the vents bout the time E Block close down and all that hammerin start on the hatch. You know, that high pitch shit break every glass and window in the joint. Started up night of the long shivs.

Well in addition to droppin 50 thousand shivs all over the place this tone happened to liquidify some niggas on 1. And by some niggas I mean all niggas, even the niggas just walkin around tryin to figure out what the fuck is up with it bein midnight and all the cell doors bein open. Then all sorts of crazy phenomenations spread around like some ill shit just go the fuck unleashed.

Everythin is talkin now, whisperin shit. You ever piss in a toilet was tellin you to cut a head off and bathe in a niggas blood? You piss twice as good, believe that. Weird ass music come out of nowhere, you got that drum sound, gettin louder and louder like giant footsteps comin. Shit get real hot and real cold for no reason. Color stop workin. That shit happen to me playin cards with some niggas and that shit was real interestin. I thought I had a flush but niggas didnt believe me. I managed to convince them on account of I sawed they heads off and was bathin in they blood.

Ha ha, naw just kiddin. I just stab that bitch Orange Banana in his neck a couple three times and that done told everyone else all they need to know. So I took all the newports I won from poker and even though the value of the newport is through the roof lately I went down to 1 and I gave all of my menthols to Thick Sandy for cell 101. 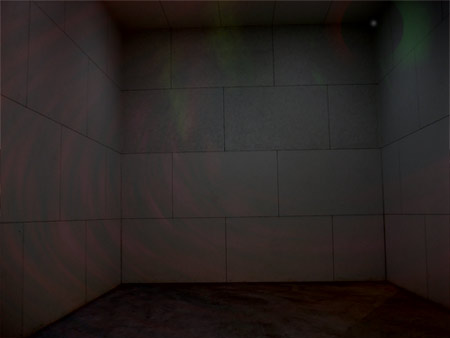 Turn out everythin in that cell is crazy. All the shit like the toilet and the beds got sucked up into the corner and disappeared. Theres like this little marble up there, black as barack obamas dad, and it just spin and hum all the time. This makes gravity work in reverse in that cell for some reason.

Now you got to understand, it aint like you can just go in and play around. Thats what Dan Hitler try to do. Him and H.P. Shivcraft ran up in that cell and they gone. You run in there you just freeze in place and look all scared and slowly start floatin up towards that marble. And eventually you get stretch out and sucked up in that marble.

So you cant go in there, but that shit is entertain as hell all the same. I got all kinds of chairs and toilet paper and shit you can throw up in that cell and see what happen. It all go into the marble eventually, but not always how you think. You and some niggas can bet on it too.

You down to the crazy ass upside down cell on 1 and I will hook you up. I prefer menthols, outside brand name shit, but I will take weed or other items in trade. No clavo shit though. Too much clavo shit lately.