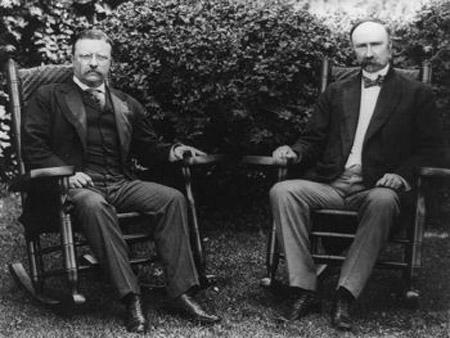 Theodore Roosevelt had recently appointed George Washington Goethals to oversee continuing work on the Panama Canal. Goethals was being savaged in the press for taking over Roosevelt's "mistake" in Panama and so Roosevelt called a meeting in his office to confer with his Vice President. The result was unexpected and disastrous and assured Fairbanks would not receive the Republican Party's nomination for president in 1908.