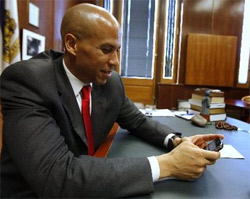 The recent snow storm that has wracked the east coast of the United States has tested the disaster plans of various cities and states. The media and public has singled out the inadequate responses of some politicians, like New Jersey governor Chris Christie and New York mayor Michael Bloomberg, for particular ridicule.

One politician who has survived budget cuts to thrive under difficult circumstances is Newark, NJ mayor Cory Booker. The fast-talking mayor has turned his personal twitter account into a one-man crisis management center. He has personally excavated cars from the snow, cleared sidewalks, sent out road crews, and even dished out some ridicule for lazy shoveling. 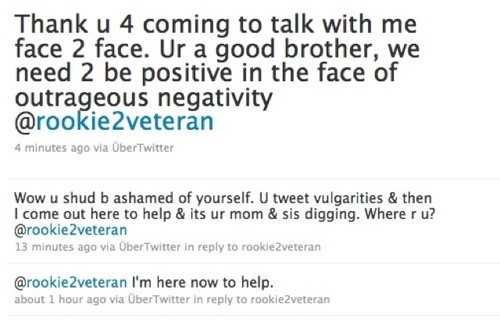 Mayor Booker has suddenly become a new-media sensation and he's not about to relinquish his sudden fame. We were overjoyed when we heard the mayor would be continuing his twitter outreach. We've combed his recent twitter outings for some choice examples of his efforts.

Mayor Booker has not limited his hardworking personal touch to JUST snow clearance. In fact, most of his past tweets have dealt with problems ranging from the everyday...