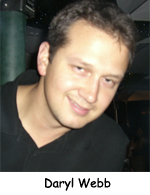 Growing up in that world-changing decade known as the 80s, it shouldn't be a shock to anyone that I was a bit of a rebel--and the infamous leather jacket I wear every dress-down Friday can attest to that. Yes, it may surprise you, but back in 1983 good old Coach Webb went to the record store and picked up a little authority-challenging cult album called "Thriller." Sure, my aunt and uncle weren't too happy with my music, but in my opinion they had to "deal with it," as our modern "Smart Alex's" say. It wasn't until 1988 that my mother stormed into my room, took one look at my "Bad" poster and said "You know what's 'bad!?' Michael Jackson!" 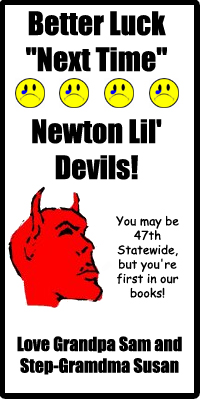 I sure was cheesed at her for challenging my tunes, but after seeing what became of the King of Pop in the next decade, to this day I thank my mom for saving me from a life of wine-addled ferris wheel rides and endless games of Twister at the Neverland Ranch. Yeah, these are the same activities I participated in during many Disneyland singles' nights later in life, but I was much older and didn't have a lecherous albino breathing down my neck and asking me about the movie "Home Alone."

Only in retrospect can we see the real danger in music. And let me tell you that this latest threat is even greater than all the gangster rapping Sleazy-E's in the world.

Last Saturday I planned on taking my daughter Bhritnee to our downtown science museum because, let's face it, if dinosaurs were still alive, you could call her Dr. Dinosaur because she likes dinosaurs so much! As for me, there was a two-story McDonald's on the way that my buddies couldn't stop talking about--eating cheeseburgers 10 feet above the ground? I had to check it out. But when I went to tell little Bhritnee that it was time to go, she said, "Not today, dad. Me and my friends are going to sit on the back porch and talk about grandpas." 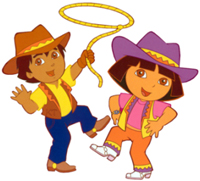 Got an old dog, it don't like me much
That thing starts to bark his head off every time we touch
Sittin' on the porch listenin' to the radio
We sing every single song we know
Even the ones we don't
When she moves a little closer
She puts her hand in mine
Oh what I wouldn't give just to stop the hands of time

It was clear to me: my daughter was a fan of country music. And there was nothing I could do to stop it.