The Further Fables of Groggery Gibbonman

"Gibbonman's gifted pen has never drawn a darker line than when it professed the words be meant for children. But what child could understand these fables fully? What child could make sense of his complex ... complexity. I mean to hell with the kids, who of YOU understands them? Christ." - Lord Terrence, On England and Odd Fellows 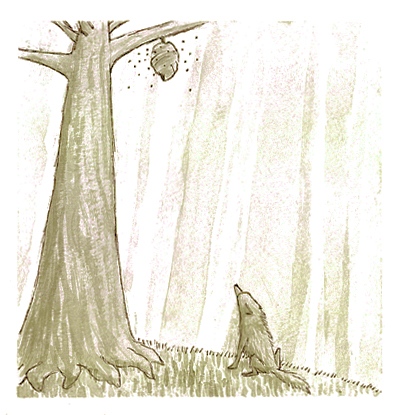 It was in a forest, old and gnarled and never timbered, well outside the scope and footfall of man, that a wolf came to rest below a great tall tree. Suspended from the highest branches of the mighty tree there swayed a bees' nest, which hung so heavy with honey that the winds near-snapped its delicate tether.

"Ahoy, good bees!" shouted the wolf to the bees' nest. "Your safety is much impaired, your lives at risk! For there is far too much honey in your nest, and if you do not lighten your load, certainly you will lose it all to catastrophe!"

The bees buzzed in shock at the wolf's claim, and they quickly began to cast off weight from their pendulous nest. They began with their furniture: Tiny chairs and tables rained down on the wolf and scattered around him.

"No no, that will not be enough! The honey!" cried the wolf. "Though sweet, it is the culprit in your weighty danger! You must cast off the honey!"

The bees' buzzing intensified, and soon came a shower of cars groundward. The bee-sized automobiles clattered and snapped as they smacked and tumbled on the grassy ground, and the wolf danced to avoid them lest he be struck as well.

"There we go!" buzzed a tiny voice from the nest. "He should fit now."

And so the bees swarmed upon the wolf, who attempted to run but soon found his paws no longer touched the ground. Up, up, up to the bee's nest he went, suspended by the swarm that caught him, and though he howled greatly it did no good. The bees pulled the wolf into their nest neatly, and as the last tip of nose disappeared the wolf lamented:

"Alas! I should have been happy eating tiny furniture!"

The moral of the story: A bee's car is so small it's hardly worth anything. 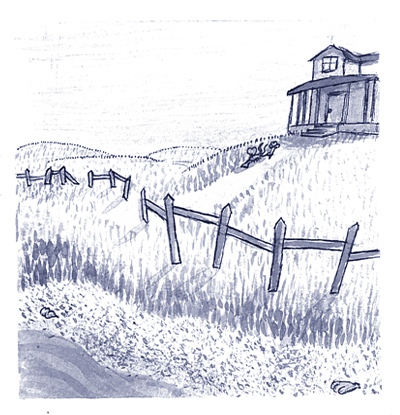 On the blustery coast in an autumn rain, a lobster picked its way up onto the shore, clacked through the fence to a fisherman's yard, and scuttled its way to the home atop the hill. Once there, he knocked twice upon the front door with his grander claw. Then twice again.

Finally the fisherman's daughter opened the door, and laughed.

"Oh my!" she tittered. "Are those for me, good sir lobster?"

"Indeed!" said the lobster with a stately bow, and offered to her the candies and flowers he had brought. "Although your father and I are often at odds, that does not diminish my love for you, his fair daughter." The fisherman's daughter blushed.

Such a lovely moment it would have been, if only the fisherman's wife had not then arrived. "So!" she snapped at the lobster. "You really don't remember ANY of what we talked about before, do you?"

"Marry me, fisherman's wife!" said the lobster, and offered the candies and flowers to her now.

"I'm already married, and my daughter is eight, and for the thousandth time nobody is going to marry you," said the fisherman's wife. "Goodbye."

And with that she slammed the door, and the lobster was silent for a moment.

The moral of the story: Candy is ruined by being in the sea. 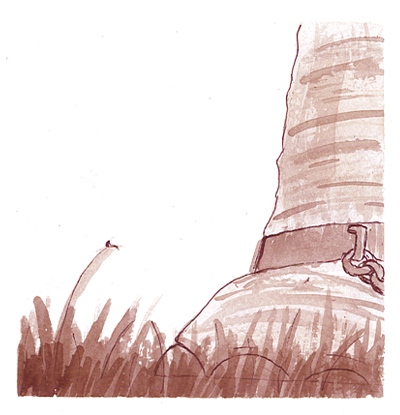 A proud elephant fell victim to a nefarious hunter's trap one day, and found himself shackled to a hidden stake.

"Oh no!" bellowed the elephant as he railed without success against the strong iron chain. "Please, if any can hear, assist this foolish old elephant, and I shan't make the same mistake twice!"

A single flea hopped to the site eagerly.

"If only I could help you" lamented the flea. "But I am the tiniest of creatures, and you are the mightiest! Unless ..."

"Unless what!?" insisted the elephant, panicked. "I beseech you tiny flea, if there is any way you can assist me, I will be most grateful, and I will allow you to feed upon my back for all your days!"

"Well ... perhaps my friend the gnat can help! I will fetch him immediately!"

And so the flea went off to find his friend the gnat. Several days passed, and when the compatriots returned they found the elephant had died.

"How were we going to help him anyway?" asked the gnat.

"I don't know" replied the flea. "I figured you were good at coming up with ideas, so ..."

The moral of the story: Gnat had one good idea once, that doesn't make him a genius or anything. Lay off the guy.