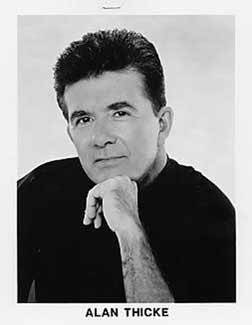 Ever since yesterday when I saw the Kirk Cameron motion picture "Left Behind" for the first time, I have been fascinated with the Rapture. In the stirring drama "Left Behind" Kirk Cameron stars as Buck Williams, an intrepid and secular cable news reporter who quickly befriends Christianity when God disappears millions of people in a shadowy, Pinochet-style political move. Fearing that this movie may well be an omen of what's to come in real life, I quickly jumped into action and glided down the Internet, the Mighty Mississippi of Information, catching Rapture facts and trivia with a net made of pure curiosity. That figurative net, my friends, was my brain.

"Left Behind" is set in an alternate universe where 95% of the population has never heard of the Bible and is unable to comprehend that it is a book rather than a blunt instrument. As such, they are painfully unaware of anything written about in the Bible or added to the Bible by zealous fans, and immediately deduce that the Rapture was the work of aliens or the government or some such. Obviously a rational person would conclude that these people simply vanished into an aurora borealis, but this movie is also not set in a rational universe.

But could the Rapture really happen in our world? Yes it could, and it would only be the beginning. The Rapture sets the groundwork for a new and disturbing reality. In a world where millions suddenly vanish into thin air, nations would fall into turmoil, collapsing like dominos after a large man gets excited and breathes too heavily on them. This instability would leave people clamoring for effective leadership, allowing a charismatic Antichrist to rise to power. By giving rational answers to complex problems or by spending billions on marketing, whichever is easiest, the Antichrist is a shoe in for victory. One thing leads to another and we all get barcoded or have credit cards implanted under our skin, thus marking us for the Beast. After that we can look forward to seven years of lousy weather, plagues, famine, pestilence, and war.

This horrible scenario is what awaits us - you for reading this awful site and me for writing on it - when God decides to set his plan in motion. I think the whole purpose of this grandiose exercise in terror is to teach us the hard way that we are foolish rather than just explaining it using a divine PowerPoint presentation written in the stars. To be honest I haven't seen the sequel to "Left Behind," so I'm not sure what this God character has planned. He could be an M. Night Shyamalan type with an incredible plot twist in store for us.

In researching the Rapture, I got a better understanding of who gets taken and who gets left behind. The short answer is: just about everyone, you especially, gets left behind. But, to avoid any uncertainties, let us stick to long answers. I hope that my research will help better prepare you for the Rapture, which precedes the great Tribulation that will claim a whole third of the Earth's population and present generally unpleasant circumstances for those left behind. Frowns and such, you know.

People sure to be left behind:

Jews, because a long time ago they made Christ the Shepherd die. Little did they know it was part of his master plan all along.

Soldiers stranded on South Pacific islands living under the false impression that WWII is still going on.

Imprisoned criminals and escaped convicts living on the lam taking odd jobs and flying low under the radar.

Bigfoot and exceptionally hairy men (excluding beard hair, which is a sign of piety).

People who promote the gay agenda and/or are gay.

Children who use knives as a social equalizer and do not respect their stepparents.

People who will be taken to heaven: 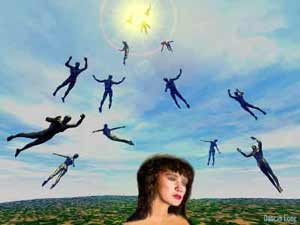 The gentle artists painting our most beautiful and colorful pictures of dolphins, for they touch even the Lord.

Matthew Lesko, for helping so many people exploit money from the Zionist Occupied Government.

Jews for Jesus, for meaning well.

People standing out in front of Planned Parenthood drinking Slurpees and yelling about dead babies.

The Pure of Heart and/or people so good at lying they fool even God.

Presidents of chess clubs and other after school organizations that keep kids off the streets where premarital sex occurs most often.

Hulk Hogan and professional wrestlers who do the right thing no matter the odds.

Some (not all) museum curators.

Immediately this presents serious problems, as our world will suddenly be left with countless feral zoos, poorly curated museums, and submarines drifting aimlessly without commanding officers. It is even possible that these three disaster scenarios might somehow intertwine into one larger scenario, wherein a submarine commanded by escaped zoo animals crashes into a museum causing various forms of pandemonium and irreversible damage to the mummies on display inside the museum. God striking back against the corrupt and mummified Pharaohs once again? Most likely.

The following situation is entirely hypothetical, so please do not take it for fact. On June 21st, 2007, millions of good people will begin disappearing, leaving nothing more than their clothes and many unanswered questions. The survivors will be left to wonder what happened while picking up the many jagged pieces scattered everywhere. On this day, in the midst of a sold out concert, Jon Bon Jovi will ascend to heaven, leaving thousands feeling ripped off and shortchanged. They will then begin rioting, and the riot will grow bristly like a mighty broom that sweeps across the land until one third of the earth's population is dead. Meanwhile, the Antichrist will take over and institute progressive economic reforms that get us out of debt but ultimately make us morally bankrupt. But Bon Jovi, man, he's gone forever.

What to do when the Rapture runs wild on you:

Do not try to struggle. If God decides to point his tractor beam at you, you're going.

Have plenty of flashlights and batteries.

Stock up on bottled water and basic provisions.

Youngest daughters get the most money when sold into bondage.

Don't be afraid to invest in the cave real estate market early! You will probably end up in one anyway so get in while the market is fresh.

Don't openly criticize the Antichrist. If you absolutely must, do so in the form of backhanded compliments that you can argue your way out of later.

Living without the Mark of the Beast is hard, as you will not be able to enter the larger warehouse stores where you get good deals by buying in bulk. It's probably worth it in terms of value and there will always be a chance to repent later.

If you see a seven-headed dragon with ten horns fighting Godzilla in Tokyo, you'll know the worst is nearly over.

Remember: stay smart and vigilant! If people begin disappearing around you, it's definitely the Rapture. Don't be stupid and ignore it, stay on top of these things! You definitely won't get taken, so prepare for the worst now and get a jumpstart on all the other sinners!