Back to the Future is probably the only multiple-film franchise in the history of cinema without some cocaine-fueled creative decision made along the way to shove it down the stairs into a basement of mediocrity. Remember the time that pack of German Shepherds posing as "script doctors" added a magical underwater kingdom of clumsy, jive-talking Jamaicans to Star Wars and, in retaliation, you burned an effigy of George Lucas made out of Taco Bell collector's cups and real pieces of America's lumpiest filmmaker? Well, Robert Zemeckis' current obsession may be destroying the art of animation with a process that involves gluing multiple ping-pong balls to Tom Hanks, but the director knew what he was doing back in the 80s when he expertly crafted a three-movie adventure featuring a time-travelling everyteen and his conspicuously older companion who buys him beer. Truly, this was a story we could all relate to. 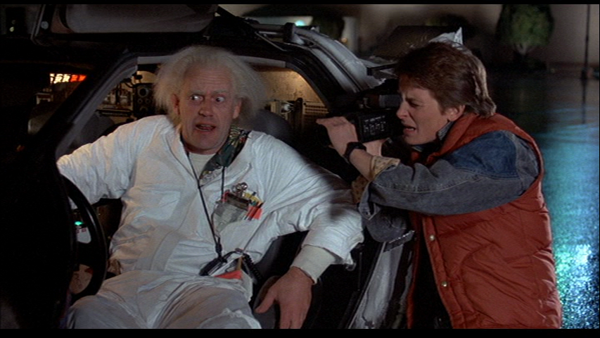 But after closer examination, Zemeckis' monsterhood is more than apparent even back before he hired a volleyball smeared with feces to play a leading role. Each one of the Back to the Future movies spins a tale of a mad libertarian protagonist who uses the power of time travel under false pretenses to help only himself and his closest friends who happen to be photogenic, naïve minors.

Back to the Future 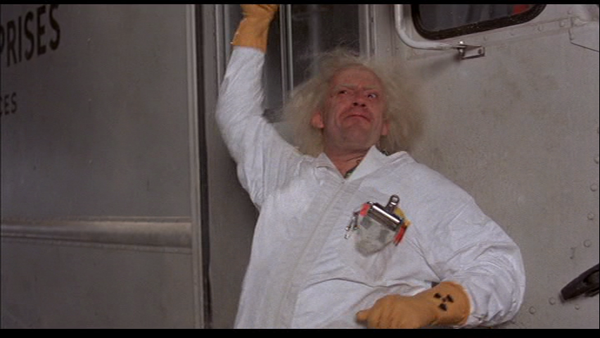 Doc is at his least evil in the first Back to the Future, if only because he doesn't yet realize the godlike powers that come with owning a time machine. But Doc Brown's thirst to fiddle with the space-time continuum like some cosmic set of genitalia still causes him to invite a sleeper cell of Libyan terrorists into Hill Valley, and my lack of knowledge about the country of Libya tells me that they probably firebombed several embassies and a Papa John's on their way to snuff out an old man in a parking lot. As the sequels would soon show, Hill Valley was already an anarcho-capitalist hellhole ruled with violence by roving teenage street gangs, so its non-existent police force definitely couldn't handle the increase in both violence and horrible political cartoons brought on by terrorist actions. Yet, in Back to the Future, the needs of Doc Brown outweigh the needs of the many and the few.

And if you think Marty McFly was called out in the middle of the night to simply videotape Doc Brown treating the laws of nature like a Fleshlight, you must have also been lured into the garages of strange old men who promised the power of hovering as long as you kept your eyes shut. Brown assured the exchange of a child prostitute for the time machine's plutonium, but those Libyans were wise to the street value of some loser who couldn't even make it into a high school battle of the bands contest. Even the least reputable United States senator would ask for a refund on his child sex tour had Marty McFly been involved. That's the power of love.