Chubbuck, Idaho, population 9,700, is America's smallest town with a police SWAT (Special Weapons And Tactics) team. It was created in 1991, following the non-fatal shooting of a police officer in nearby Pocatello, to address the perceived threat to the community posed by maniac drifters, illegals and drug smokers. It has served proudly ever since. 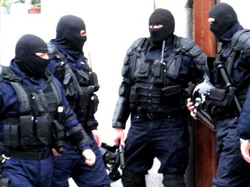 Chubbuck SWAT Team formed. Within days it is deployed to deal with a shoplifting incident at the Kroger's grocery store. A child is apprehended. Parents later file a report claiming the child was punched in the mouth. No disciplinary action was taken due to a mysterious degaussing incident at the grocery store's security room that destroyed all evidence.

A standoff drill to avoid "Waco-like scenarios" resulted in an accidental fire and serious burn injuries to more than a dozen adults and children volunteering as cultists. One officer was also hospitalized in an unrelated sunstroke incident.

Chubbuck 1, a state of the art tactical helicopter, enters service with the Chubbuck SWAT unit to offer aerial reconnaissance and, according to SWAT leader Captain Rhinehauser, "extreme death from above type scenarios." 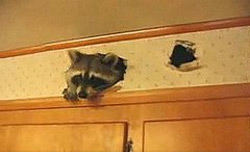 Responded to a call of a woman with a raccoon under her sink. Opened cabinet under sink. There was no raccoon.

An egg was left unattended on a bench in the park. Hardboiled, it was removed by EOD robot to a safe location and destroyed with dynamite. Unfortunately, proper safety procedures were not obeyed and two SWAT officers were sexually dismembered by shrapnel.

A suspicious white powder was discovered on top of a mountain. An attempt was made to apprehend the mountain. The mountain resisted and, unfortunately, the mountain later died.