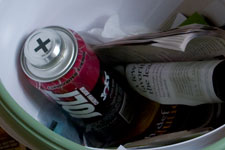 Cherry Bomb - While the can's "fuck you" greeting odor doesn't approach Wild Grape-levels of offensiveness, it still falls into the distinct "failed experimental attempt to create fake fruit by using household cleaning agents" territory. Jolt apparently obtained their team of renegade flavor engineers by hanging out in the Vicks parking lot and forcibly abducting their Nyquil chemists after asking, "hey guys, want to work on something like cough syrup but a lot more stupid?"

Like Wild Grape, Jolt once again declined to include an actual flavor for Cherry Bomb. Perhaps they originally concocted some liquid which, according to their equations, tasted like cherry, but had to scrap it and start over when they realized it was capable of combusting drywall from 30 feet away. That's perfectly fine by me, since the sensation of energy drink aftertaste is like spontaneously growing a spring bed mattress in your colon, but they shouldn't give their products misleading names like "Cherry Bomb." If I purchase an energy drink named "Cherry Bomb," I fully expect its vile taste to irreparably damage my digestive system while stripping me of my ability to produce children. Needless to say, another letdown. 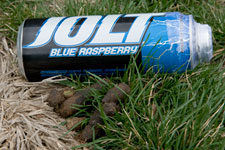 Blue Raspberry - You know how every single Castlevania game features Death as a mini-boss? And you know how Death is an utter pussy when you first start beating him with your magic whip, until you eventually deal enough damage and he transforms into his alter-ego which kicks your ass with heat-seeking scimitars and screeching Nazi hell missiles? Jolt's Blue Raspberry is a lot like Death in this regard.

Blue Raspberry lacks the pungent torture of Cherry Bomb or Wild Grape's "fuck you" greeting odor, which simply inspires a false sense of confidence regarding its horrendous taste. After plodding through the previous drinks, I fully expected another Wet Planet flavor letdown.

Then I drank it.

Swallowing Blue Raspberry is like gagging down a handful of those Gitmo torture photos where the prisoners are dressed like latex Pyramid Heads in the action room from "Videodrome." Blue Raspberry had transformed into its alter-ego before my very eyes, and like in Castlevania, it had become death.

The good news: Blue Raspberry actually tastes like something. The bad news: that "something" is an electrified Bomb-Pop, ejaculated from the very loins of Lucifer himself. The confusing news: after drinking a can of this crud, your burps somehow become tomato-flavored. Don't ask me how; that's the miracle of science! 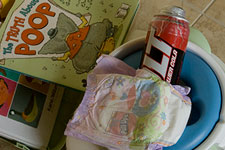 Power Cola - Apparently Jolt's marketing team decided "Regular Cola" didn't have such an incredible ring to it. Or perhaps the aforementioned "power" refers to "the power of tasting absolutely generic."

Either way, you'll find it difficult to scrape together enough people to collectively care. I cannot recall if this is what Jolt Cola used to taste like before Wet Planet Beverages made it all edgy and in-your-face and Xtreme Sports 2.0. There's a big black "X" on its cap! Teenagers love big black "X" symbols! It reminds them of the hottest, hippest trend sweeping through west coast high schools: pirate treasure hunting! Yar, here lies taurine!