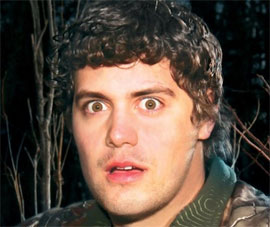 I have been covering this campaign for more than ten years I think and I'm mostly forgotten about because there isn't any news and Trump never does anything cool anymore like give helicopter rides at the fair or threaten to choke out Megyn Kelly with a leash. But supposedly the voting part is coming up even though I thought we already did that part once but that was the primary and this is the secondary so I had better file one last report.

Most of the time I barely even talk to Donald and I just hang out with Don Jr who wants to ask me about guns and which ones I would use to shoot a giraffe that was tied to a stake or like a unicorn that a safari guide had given nitrous to and then locked in a shed. I told him pretty much anything you can kill with enough shots from an AR-15 except for the American spirit which can survive unlimited AR-15 shootings and only become more patriotic.

When we weren't talking about guns or our favorite TV show Gotham we were messing around with Eric Trump. We convinced him the movie Annabelle was a documentary and that anyone who dies turns into a doll. Don Jr even bought him a creepy doll and kept moving it around the plane until Donald caught us and we thought we were busted. Instead Donald went all in with us and started making Eric do things with the doll like dance with it or kiss it. He even made Eric take it to In-N-Out Burger where Don Jr and me convinced Eric drinking a cup of his own pee was the only way to get rid of the curse of the Annabelle doll. He must have walked around In-N-Out drinking his pee for like an hour. 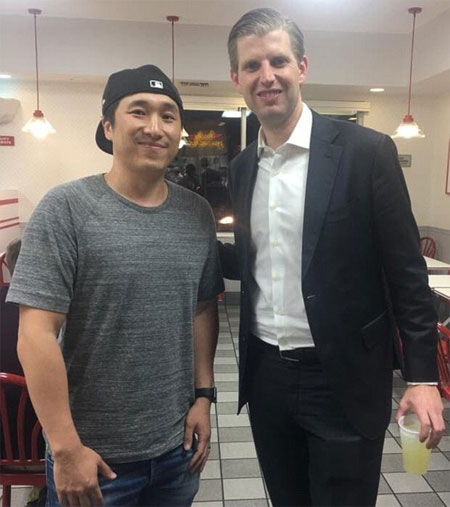 The day after that everyone was excited about wikileaks because I guess they posted some more stuff on there about how risotto is a code word they Clinton campaign uses for when Hillary needs another child brought to her house for a blood transfusion.

I didn't get to talk to Donald Trump very much but he has Tiger Woods Golf set up on a Wii in this room on the plane and one day he called me up to play golf with him. He spent most of the time talking on a bluetooth headset to someone named Mr. Putin who he kept calling sir and when I started to beat him he said his controller was messed up he said because Eric was getting mad at the Alivn and the Chipmunks Wii game he likes to play and threw the controller. Donald demanded we trade controllers and he was so steamed up about it all that I never got a chance to ask him what steps will your energy policy take to meet our energy needs, while at the same time remaining environmentally friendly and minimizing job loss for fossil power plant workers?

The Trump plane was in Utah where Trump was taping up his eyes to film a campaign ad for Chinese Mormons when they decided to save money by moving Tiffany Trump to the cargo compartment. Tiffany said how could it save money when Donald Trump owns the plane but he explained that it would save big league because he is billing his campaign 500,000 dollars per seat and paying himself back through a veterans charity for kids who served our country in military school.

I don't know if the math works but I do know that the cargo compartment has really poor ventilation so you only need like a quarter can of rust shield spraypaint to moon gas yourself into another dimension. Me and Tiffany Trump got so high that she asked me to pretend to be a black guy who got refused housing by her grandpa so we could have sex. Which I did as a favor to her because she seemed bummed about having to sit with the cargo which is mostly unsold Trump water but she barfed all over herself and started choking halfway through so we stopped before I hardly grabbed her titties because I am a gentleman. 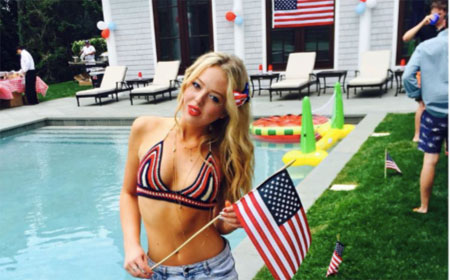 I never got to meet Mike Pence, but I did get to talk to the detective Donald Trump has following Mike Pence so that he knows what Mike Pence is doing and that guy gave me some juicy political facts about Mike Pence.

I don't know much more than that about Mike Pence. Trump calls him a nerd, which is the worst thing he can call someone that I can tell you about after Trump made me sign an NDA in blood.

Who should you vote for? I mean, I am going to vote for Donald Trump because I lost a bet with Nate Silver about how far I could wedgie Nate Silver's underwear up his back. He said I couldn't do it at all and I said 25 inches and he was right because it turns out he doesn't wear underwear just this greasy strip that's sort of like a fruit roll up he says is anti-bacterial and it sticks to the inside of his pants. I don't know what it was, but I intend to put it on Eric Trump's face the next time he passes out on the plane from drinking one half a glass of Red's Apple Ale. 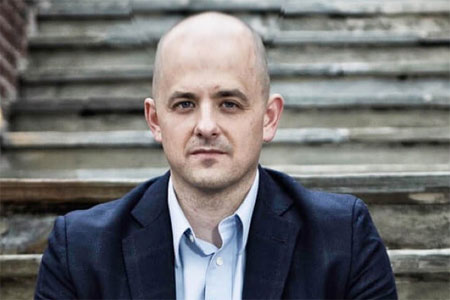 But if you are asking me who I want to vote for if I had a choice, I would probably vote for Evan McMillman or whatever his name is. He is a former CIA agent and a former Goldman Sachs banker which seems like those two careers only really good people do as jobs. The best people in history really. So Evan McMullmans. I definitely can't vote for Hillary, not because she wants to bomb every country on the planet and not because she didn't bomb Benghazi when we needed her to. No, I can't vote for Hillary because she had eric garner's mother on stage which disrespects police and nobody has more respect for law enforcement than me as long as we aren't counting wildlife rangers.

Anyway, who gives a shit. These people all suck big bad ones.