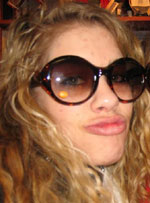 I know guys are supposed to be the ones with no fashion sense (we also love sports and hate to ask directions, hurrrr), but most chicks aren't quite the fashionistas they're supposed to be. The chicks on my campus really don't care what they're wearing, which in my opinion erases the only advantage they had over the average chimpanzee.

Chicks that always come to class in scrubs: Okay. We get it. You're a nurse. I'm glad you finally found a job that forces men to interact with you. Now that you've saved some lives, maybe you could move into optometry and spare my eyesight by tying a trash bag around your horse face.

Freshman chicks in senior class t-shirts: "Ooh! This shirt will separate me from all those other college students that didn't graduate high school! I can also use it as a pillow when I drink too much at a frat party and wake up in a ditch chewing on a used condom! I wonder if 'abortion clinic' will show up on daddy's credit card statement. "

Chicks in those ugly Crocs shoes: The crappy thing about these is nobody has had the idea to make a muzzle out of neon-colored foam. If I wanted to stare at a pair of veiny-ass cankles above a pair of novelty shoes I'd hire a fat clown. I know that's a pretty thin distinction there, but at least clowns open their mouths to do more than blow guys in khaki shorts and talk about Myspace.

Chicks in oversize sunglasses: What bothers me about these is that at some point someone decided they looked good. While I certainly appreciate chicks who look like they came down with cancer and had to borrow some headgear off the invisible man, maybe they could just go the whole route and get cancer and turn invisible. Barring that they could replace the lenses with magnifying glasses and stare at the sun for a couple of hours. I'm not picky.

Chicks that wear sweatpants with writing on them: It could just be me but if I was a fat chick I really wouldn't want to go around advertising the fact that my ass was "juicy." The last time I checked the stuff that comes in Tropicana bottles isn't an opaque yellow-brown color. If they're going to do that they might as well wear a ski cap that says "lumpy" and a bra that says "lopsided." 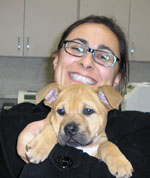 I know this is a redundancy like "ugly chicks" or "lesbian liberal arts graduate students" but some people are still convinced that chicks are capable of being interesting outside of a medical research context. Chicks are only capable of talking about, like, five things, and all of them are boring as hell. If experience tells you that statement is untrue, congratulations. You're dating a post-op tranny.

Fat chicks who talk really fast: I'm guessing these chicks talk so fast because they're hungry and years of parental abuse taught them not to eat while people are looking at them. In that sense words are the only thing you will ever see these chicks spit out. The second you stop looking at them they raid the pantry or eat pocket lint or whatever the hell it is they do to drown out the screams of the skinny girl inside of them.

Chicks that always talk about how hard it is to be a chick: This is pretty much the biggest load of crap I've ever heard because if it was so hard to be a chick they'd all be dead. Obviously being a chick isn't harder than deciding on things like "where should I eat" or "what shoes should I wear," since they can't do that without having a nervous breakdown. This goes to show that everything a chick says can be translated to "please make all my decisions for me."

Drunk chicks: These chicks pretty much exist to inform other people that they are drunk, have been drunk, or plan on being drunk. This is because they are stuck in high school, where it is perfectly acceptable to shout "I'M SO DROOOOONNNK" and get deepknuckled in a broom closet. The fortunate thing about these chicks coming to college is that they are prone to yelling that in public and campus rapists are a lot more opportunistic.

Chicks who think they can communicate with their dogs: Someone needs to sit these chicks down and explain to them that they're the only talking dogs in the room. I guess "sitting them down" wouldn't be a problem since the most physical action dog owner chicks get involves peanut butter and a really smelly butter knife, but the point stands.