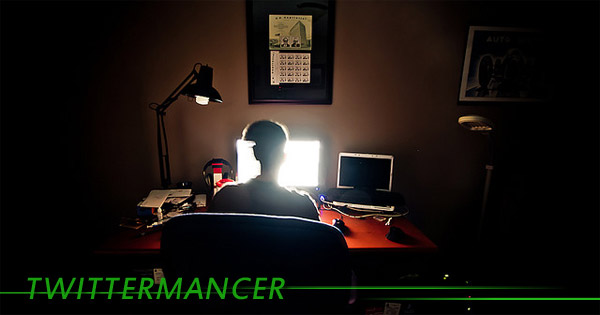 Vektor extracted the Corsair 32 gigabyte thumb drive from the inside pocket of his pea coat and slotted the stick into his Dell Inspiron's port. The solid state memory activated instantly, a small LED washing green as the operating system recognized the device.

Data spilled out across his screen, resolving as a pop-up window asking him if he wanted to scan the drive for defects. He clicked yes, but unchecked the option to automatically correct any errors. The drive read clean. The data was good.

Activating his interface, the superior Chrome operating system loaded into the laptop's active memory. Vektor navigated to a server in Japan, blue alphanumeric spilling across a white field. Cat-eared women appearing in thumbnails. His browser was finely tuned to detect and parse information, increasing the speed with which he could react. It scanned the Kanji characters and offered to translate.

"Not today," said Vektor. He smirked and clicked past the option.

The website used tables, an old tech, but reliable, sprawling out as he navigated through the pages, burning pixels searing his retinas, his fingers clattering so quickly most of the images did not even have time to load. In a matter of nanoseconds he arrived at his destination.

Vektor paused to trigger an electric cigarette and consider his options. Purple vapor curled through the air, the smell of vaped tech puff reaching his nostrils and firing in the pleasure centers of his brain at the speed of neurons.

"Chibi Maid," mused Vektor, scrolling through the tables, waiting for the bottle necked thumbnails to arrive from the overstretched servers in Shinjuku. It was better than he expected. The scanlation groups in the Toronto and Dallas exurbs would still be waiting on their hard copies to arrive by container ship or transcontinental air post.

He had discovered the mainline and he was wired in, ready to translate faster than the competition and with greater accuracy than any of the Google subtitling groups that butchered zero-day anime RAWs and then posted them to Digg.

Behind the glowing screen of the Inspiron, Vektor gazed into his future, resolving possibility, strung out on incandescent beams of pixels. His empire growing one hit at a time, growing to eclipse the chans, growing to become the most popular provider of English-translated maid doujins on Reddit.

The green light of the Corsair thumb drive began to blink as the Chibi Maid transfer commenced.
Accelerated by the crude stimulants encoded in the Five-hour Energy, Vektor's heart hammered in his chest as he prepared to make his triumphant Tweet.

What Vektor discovered in his Twitter feed caused him to hesitate. Something unbelievable was unfolding around the world in real time, bouncing from server to server and metastasizing as a constant chorus of Tweets scrolling through his overloaded feed. It was even worse than he feared.

A comedian had just made a rape joke.