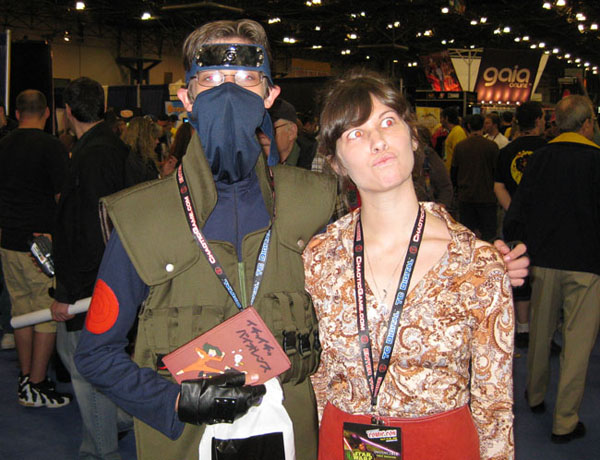 Ninjas are always so cool and collected that they make you look like you're seething with bloodlust in comparison. I'm just making my "neutral" face here, but when you see me next to this dude it looks like I'm about to go apeshit and kill someone. In the ninja's eyes, there is only the serenity of a cherry blossom falling on a still pond. 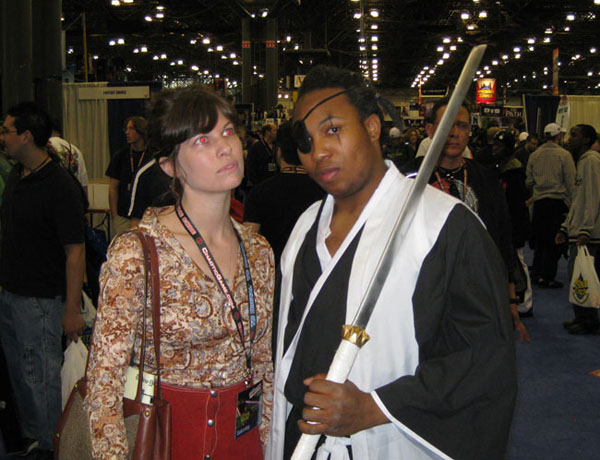 Other ninjas are just so serene that it rubs off on you. As soon as I get within a foot of this guy, I start contemplating koans and stuff. I ask him, "Master, what is the sound of a ninja losing his virginity?" and he replies, "the sparrow's wing as it brushes against the waterfall." 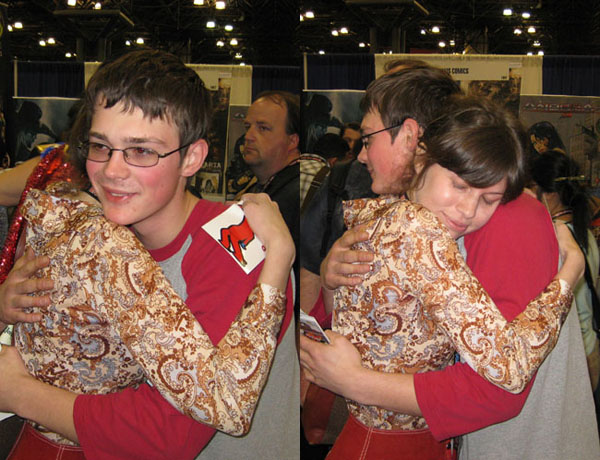 This kid, this adorable little gem, is handing out fliers in front of some booth. I take his flyer, then draw him close to me, for in that moment he is all that matters in the world. The noise of the convention melts away, and nothing is left but the two of us: an awkward teenager and an internet writer dressed as a girl. I live a lifetime in this moment. 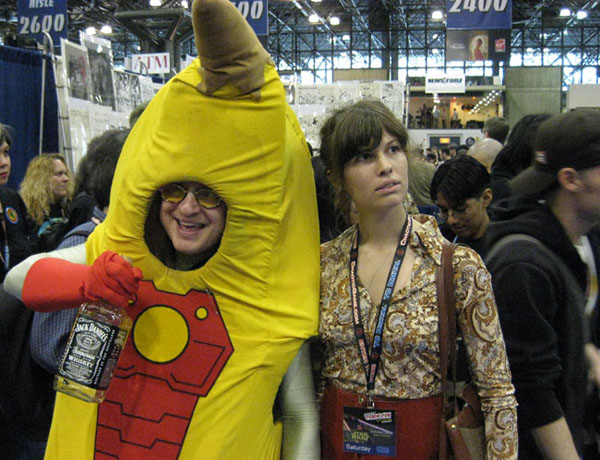 Here we have a man named C.C. Banana, who I gather is something of a constant convention gadfly. As I approach him, he's on the giving end of a one-sided conversation about hair metal with a couple of bewildered passersby. I interrupt his interlude for a photo op, and he gives me his card. If you're in one of those rare moods that would permit his zaniness, you can find his "true life misadventures" at ccbanana.com.