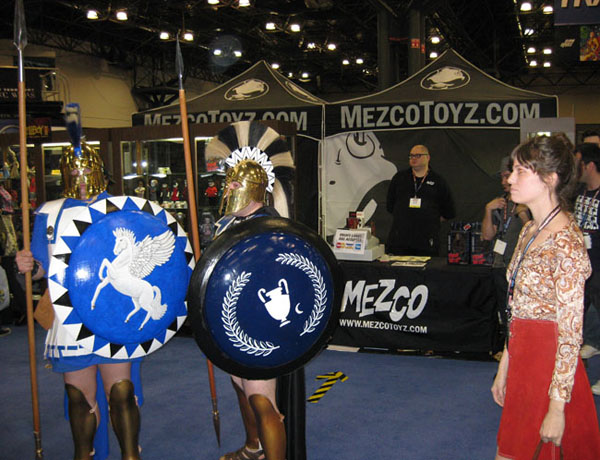 On the convention floor, I run across a small group of gladiators. I show them my badge to avoid trouble, but they don't seem to care. Later, I would find out that they were just guys dressed as gladiators, and that they actually had no authority. 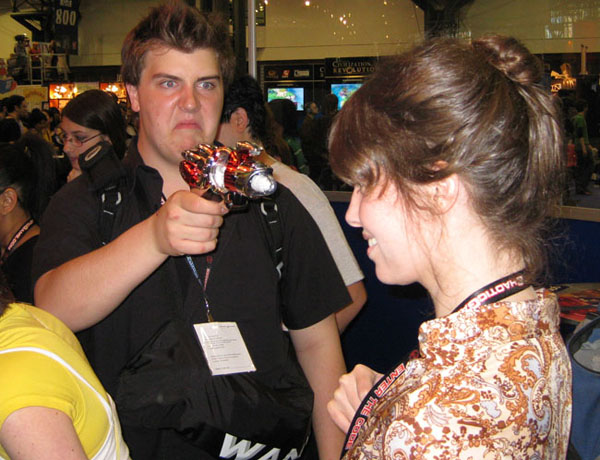 Threatened! Threatened by a gun-wielding maniac, just for daring to show my feminine face in a man-dominated convention! O gladiators, where are you now, when I need you most? Gone away! (But I won't cry for yesterday; there's an ordinary world, etc.) 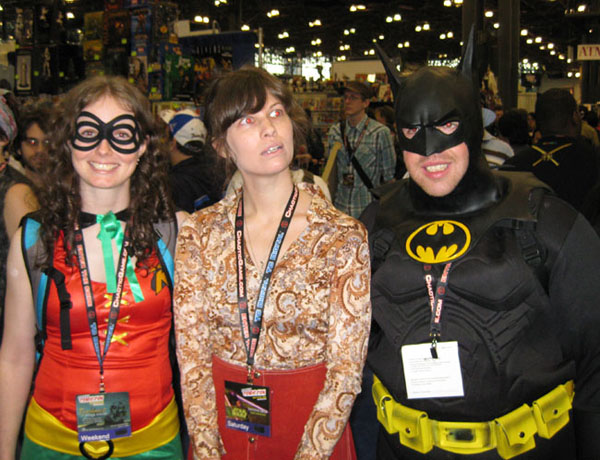 Sure, there were plenty of Batmen at the convention. Some of them were a little more accurate in the anatomical department. Some of them didn't have floppy ears and droopy belts. But let me tell you something: none of them pulled it off as good as this dude. He was just like "shit, I'm Batman, I'm gonna have some beers and then take Robin home and do the hell out of her till I fall asleep." Just like the real Batman. You can see how I can't hardly handle it.