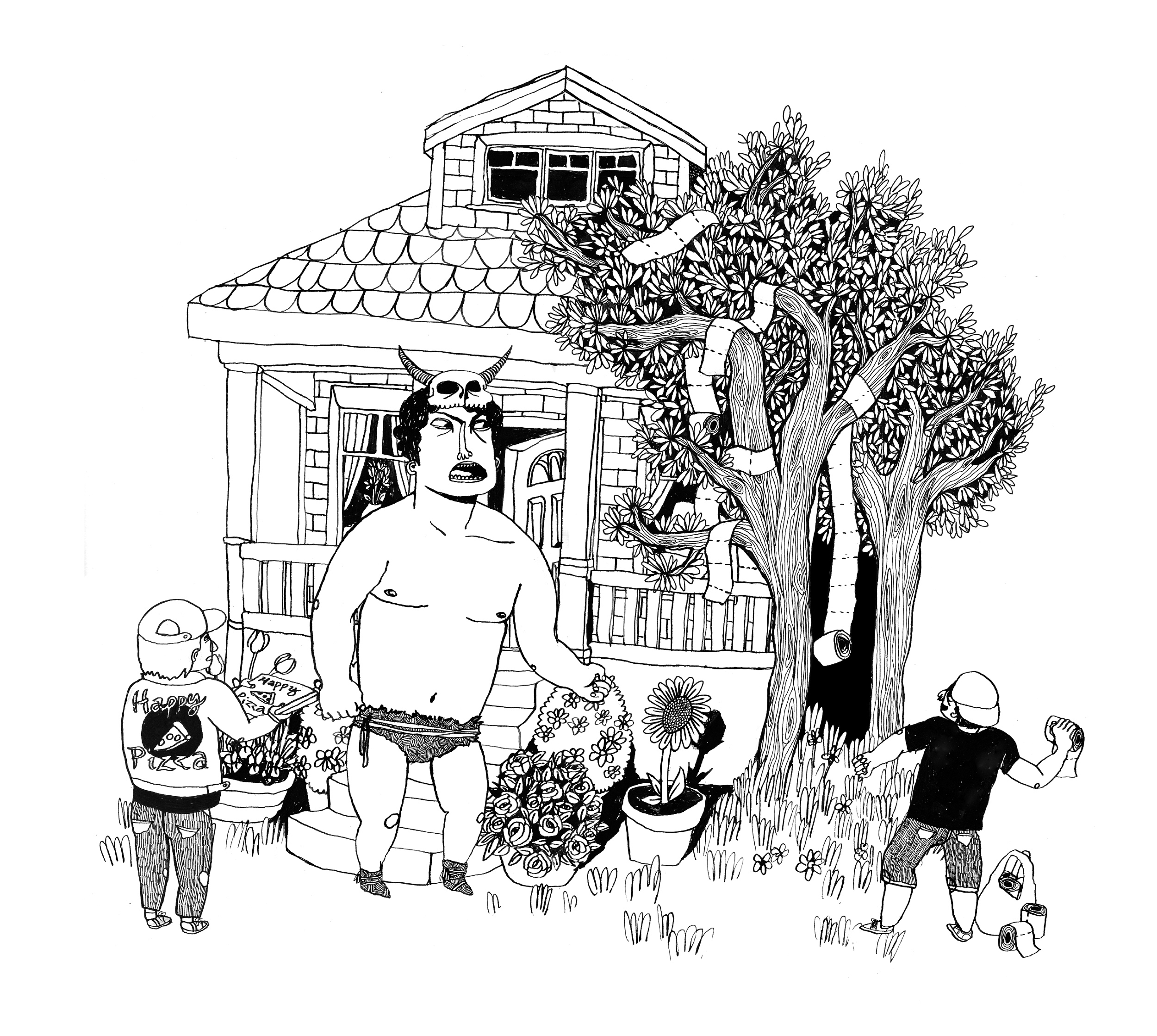 Two things. 1) Why are you so ugly? Your face looks like a Thukk beast mated with a winged scraven. 2) Why are you such a coward? You send your minions to throw toilet paper in the trees outside my home, ring my doorbell and run away, and have pizzas delivered to me that I did not order. Why will you not face me yourself?
- Yor the Mighty

Yor the Stupid,
First off, you just asked three things not two, but I know your manure-humping village never taught the skills of math to you before I raped and destroyed it, so that should be expected. Speaking on the subject of things your easily slaughtered village didn't teach you: writing. It is most clear that someone else has written and embellished your infant-like ramblings for you. Most likely that fickle-hearted trollop Skylar you continue to bed with. Can't the Mighty Yor get a fresher woman? Skylar looks to have put on some fat too. Not that I care.

Anyway, to address your inane queries - I take your Thukk-beast-and-winged-scraven comparison as a compliment. Such a heinous chimera would inspire great dread in those who beheld it, which is what the face of a Godlord should do. As for facing you in combat, we have been over this endless times. I am Golan the Insatiable. If you wish to face me, you must storm my domicile, you insect. And though I command total control over my minions and acolytes, I know not what they do in their off hours. Next to one Mrs. Budnick, you are the most contemptible wretch in Oak Grove; surely it is likely people simply wish to demean and antagonize you because they hate you because you are feces. Die.

Enough! That is all I am able to write, based on the word restrictions the Gazette places on the letters to the editor section! To those whose lives I have transformed, you are now in the debt of Golan the Insatiable! I will have my due.

I release you now to read elsewhere.

Do you enjoy Worm Miller's signature brand of bullshit? What if we told you there was an entire book full of it?! Check out the book that Publishers Weekly called "cavalier and distasteful" and "blatantly disrespectful!"