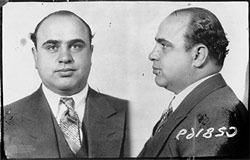 Has been.Crime and Chicago are inextricably linked. When people think of the city of Chicago they think of Al Capone and gangsters mowing people down with Tommy guns. The mob is still around these days, but they no longer patrol the streets standing on the running boards of a 1933 Packard. The real criminal showstoppers in Chicago are individual crimes so bizarre and so surreal that you can’t believe a human being is responsible.

A few weeks ago I was watching our local news and being brought up to date on the annual porch apocalypse. Chicago is an old city with a lot of old buildings and those buildings often have equally old porches or balconies. When the weather starts to get warm people start having house parties and inevitably too many dorks wander out onto their balcony and the damn thing collapses and people die. Every year there is at least one porch or balcony massacre where eight, nine, or even 15 people plummet to their death.

That’s routine though, what followed on the heels of the porch report was a report of a man who had killed his girlfriend’s infant child. This is an example of the sort of crime that makes Chicago great. It puts us on the map. Paraphrasing from memory:

“Walters hit the infant, placed it into a plastic bag, and threw it against a wall. Walters then suffocated the child inside the plastic bag. He is also charged with raping the child. Walters is planning to plead no-contest.”

I couldn’t do anything other than laugh at that. The sheer inhumanity of crime like that is so off the charts that it registers as cartoonish in my brain. It can’t be real.

Yesterday I caught another headline that warmed the cockle regions of my heart and watered the tree of love I have planted for this great city of Chicago. Technically it’s news from the suburbs, but if you think Chicago’s criminal taint hasn’t spread to outlying areas then I dare you to go streaking on the south side.

“Oh,” I thought, “a miracle of modern medicine. A woman who fell into a coma while pregnant managed to give birth to her child.”

Naturally my optimism was misplaced. I read on. 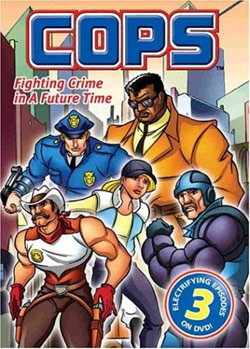 Look out, it's Buttons McBoomBoom!“A severely disabled, brain-damaged woman who was discovered to be pregnant while living in a nursing home has given birth to an apparently healthy baby girl, authorities said. A lawsuit filed last week claims the woman was raped in the home in suburban Bloomingdale. The woman has cerebral palsy and is so severely disabled she must use a wheelchair and be fed through a tube.”

Rape prevention seminars often coach women to void their bowels and urinate if they are ever attacked by a rapist. This woman does that sort of thing with regularity so I wonder if her gentleman caller timed his appearance to coincide with a recent cleanup or if he just gritted his teeth and drove on through the bad weather. The idea of a child resulting from this sort of unkind union makes me think back to the bold days of eugenics when the retarded were subject to mandatory sterilization here in the United States. I mean, otherwise they’re just flopping around in a bed looking all hot and ready. They are a temptation that modern society doesn’t need. Chicagoans are going to succumb to the feminine wiles of that palsied succubus, so you should make sure children could not possibly be the result.

What kid wants a mom who has to eat through a tube? It will make pizza parties at Chuck-E-Cheese pretty awkward.

Chicago’s crime rate is one of the worst in the nation, but it’s also at a 40-year low thanks to a variety of crime fighting measures and a general revitalization of the city. Unfortunately, if Minneapolis is any indication, our heroes are dying before their time is due. I think we can expect crime rates to shoot through the roof in the near future.

If you would like to peer into the seedy side of Chicago there is a great site called Chicago Crime that allows you to view crimes organized by type and zip code. There have been over 20 homicides within five miles of my apartment since late June. Weeeee!