It was a long day. I pull into my driveway and turn off the engine. I yank the keys out of the ignition, stumble to my front door and jam my housekey in the lock. I turn the key, the doorknob and lean on the door and it swings open. I trip over the threshold and throw my keys on the floor.

I stumble to the fridge. No beers.

I stumble into the living room. I collapse on the couch. The remote control stabs me in the back. I curse halfheartedly and reach behind me to grab it. This is going to be a long night. 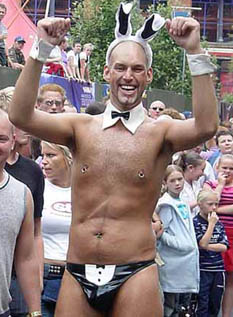 You think this is

Channel 4
"--but according to Blaine Trujillo, an expert homosexual who lives in one of Austin's gayest districts, you're getting off light if all they do is tie you to a fence and leave you for dead."

A flamboyant 20-something wearing jelly bracelets up to his elbow and a fishnet shirt steps into frame, saucily grabbing the mic.

"Being a homosexual today isn't as easy as it seems. Ever since The Real World came out it's been harder and harder to get attention. Do you think I dress like this because it's comfortable? I couldn't get threatened if I walked into a honky-tonk bar in cutoffs. Something's gotta give."

With a sharp yet dainty flick of the wrist, he hands the microphone back and examines his nails.

"Well golly if that ain't queer as a five legged horse. Hey why do y'all grow them musta--"

Channel 9
"Well it started in about 1999 as a monster truck rally newsletter and it was pretty popular." Says a young man with the posture of a heartbroken velociraptor.

The giant, swollen testicles of a god.

For through my enormous meteoric member, molten lava flows as semen. I am eternally virile… and I’m only a phone call away! If you’re looking for someone like me to spend some intimate time with, just call--"

Channel 24
"--grandchildren will remember this year, 1977, as the year that man finally exorcised the lingering specter of superstition. The year that reason triumphed over instinct. The year that irrational traditions were eternally banished to the pages of history. And we're all to thank for it."

The boardroom fell silent, save for the shuffling of a few papers. The pause grew awkward, but no one dared speak up. Chairman Albert Kincade had a habit of tickling his subordinates when he felt affronted. He called it "scratchin' the nasties away" and refused to settle disputes by any other means. At the other end of the table, a yuppie named Eric cleared his throat.

Albert continued, ignoring the question. "I founded Automotions Unlimited with one goal: The complete mechanization of all human emotion and interaction. Today is a milestone for the company, and for me personally. Today is the day when chivalry and courtesy become relics from a bygone era! I present to you, the automatic sliding door." He unveiled a scale model, and waved his hand in front of it. The boardroom gasped.

"This is just the beginning. Soon smugness, jealousy, small talk and laughter will be replaced with a system of strings, pulleys, levers and pistons. The sky is the limit!"

Eric rose from his seat. "You're a monster!" He screamed. Tears were welling up in his eyes.

"That I may be," replied Kincade, "but you're ticklish." He mashed his stumpy, wrinkled finger into the button on his intercom. "Lynn, bring in the Discipline Feather."

Eric tried to run, but the other board members had already descended on him like a pack of wolves, pinning him to his seat. "This can't be happ--" 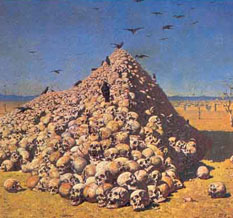 A delicately arranged pyramid of skulls sits in the middle of a village full of thatched huts. Widows and mothers are gathered--

Channel 39
"Children, children; settle down children." Mrs. Schmenkel waved her arms in the air to get her students' attention. "Today we have a very special guest who's coming to speak to you about Judaism and why it's important to be Jewish. His name is Rabbi Abramowicz and I'd like you all to pay attention to what he has to say. Here he is now!"

A small, thin man hobbled into the room and stopped directly in front of Mrs. Schmenkel.

"Shalom, young men and women. How many of you are good little Jewish boys and girls."

Every student raised their hand ethusiastically. Except for little Herschel Goldfarb, who sat with his arms folded across his chest, staring at the rabbi.

"Ahh, I see we have a little trouble maker in the classroom." The rabbi winked knowkingly at Mrs. Schmenkel. "Tell me Herschel, have you ever heard of the Booger Golem?"

"Ahhh..." The rabbi chuckled. "Your teacher has told me all about your little habit," the rabbi mimed picking his nose, "and I think it would do you well to hear this tale, young man."

The rabbi looked out the window as he spoke. "Surely you know what a golem is, yes? A living statue? You most likely know of the clay golem; most people do. But not so many know of the Booger Golem...." The rabbi snuck a peak over his shoulder at Herschel, who was sitting upright, rapt in reverie, finger in nose. The rabbi grew angry.

"LISTEN TO ME, BOY! If you do not listen, if you do not learn, you are no better than an ignorant goy! Do you want to be placed on the Booger Golem's list, so that he may find you at night while you scrape your nostrils in ecstacy?"

The rabbi tore Herschel's finger out of his nose with a shriek, which Herschel promptly matched.

Channel 45
"Next, on Seconds From Disaster: Most girls have fond memories of staging tea parties with Barbie Dolls, but when you're deaf and you play too close to the railroad… everything can go wrong. Eight year old Jenna Fitzgerald found that out the hard--"

Channel 60
The modified golf cart weaved among the inmates. Recess is when most prison crimes are committed. Kev, riding shotgun, in a sky blue 100% cotton sweater-vest and white khakis, scanned the crowd. His partner, Brandon, was dressed identically except that his sweater-vest was pink. 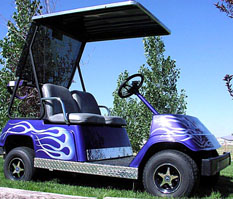 She blew a head gasket last weekend but once I get that fixed and buy my new blower motor she's gonna be running 7 second quarters.

Brandon stomped on the accelerator and zipped across the roof top, inmates stepping nonchalantly aside to avoid bumping the cart. They didn't want it to tip and send Kev off on one of his infamous hissy-fits.

Kev grabbed his megaphone and shouted, "Freeze it, buster! You’ve been caught violating the recess guidelines! Prepare yourself!"

Brandon darted to the inmate in question and kneeled down in front of him.

“What the hell is this shit?”

Brandon tied the inmate’s shoe. When he was finished, he stood up and said “Don’t let this happen again…or there’ll be biiiig trouble!”

“You faggot.” The inmate frowned a big frowny face.

Kev and Brandon high fived each other and bumped chests and said “Chalk up another one for the Prison Crimebuster Friends!”

Channel 4
"--there's HIV, but they're gonna cure it soon so I'm not really worried. Oh, and I have to turn down girls now. That never happened when I was straight. You know what? I have a belt that matches those shoes, let me go upstairs and get it--"

I hurled the remote across the room and began raiding the house for painkillers. Fuck this. I need cable.

Dunno if this is true but I'm not taking any chances

In 1931 a young girl was murdered by homicide! If you don't forward today's Daily Dirt to everyone on your MySpace friends list the girl from The Ring will hide in your oven and try to burn all your casseroles for the next 7 years!