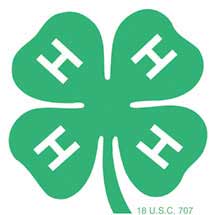 Head, Heart, Hands, and HealthIn 1902 the first 4-H Club was formed. Though it initially lacked the name and sophistication of the modern 4-H organization, with its gruesome tendrils reaching into dozens of countries and countless lives, it was certainly the first seed of what is now a mighty harvest. Since then 4-H has remained an important rite of passage for many, and a staple of boring county fairs. Nestled firmly in shadow, 4-H cells throughout the world are teaching impressionable children how to honor the planet and the best ways to breed rabbits competitively. One of the early aims of the 4-H Club was to get inside the heads of its enlistees, and blow their minds clean open with experimental agriculture techniques. It was hoped that members would then inspire their less proactive parents to embrace a bold new age of scientific farming, as opposed to just planting shit in the ground and hoping for the best.

4-H was not without its faults though. The end of the first Great War saw a wealth of young men, many well below the age of 18, returning to the states with missing limbs. The sight of these ghastly amputees troubled the weak and squeamish 4-H kids, who had no knowledge of what it was like to survive in the trenches surrounded by all-encompassing death. Much to the relief of the 4-H Club, these limbless vets then started their own organization, the 5-H Club. 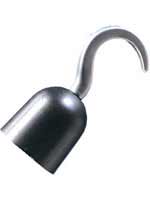 I pledge
My head to clean thought,
My heart to virtue,
My hand to labor,
My hook to enemy eye sockets,
My health to not dying,
For the betterment of the world around me, at home and aboard.

5-H was cursed with several problems from the start. The biggest problem was recruitment, as the hook requirement severely limited the pool of potential applicants. The 5-H Club tried desperately to expand its ranks, offering "a free hook to every member." This attracted a great deal of interest, but only a few opted to join after learning the membership fee was "one human hand." They desperately reached out hoping children would take their hands, but when your hand is a hook few people want to grab on because it is sharp and also very terrifying.

Another problem is that very few adults wanted to get involved with the club, leaving many of the youthful members without any sort of mentoring. Because of this it quickly transformed into a gang of shell-shocked outcasts with hooks for hands harboring a great deal of resentment towards society. Still, its members tried to stay true to 4-H traditions by embracing agriculture. Unfortunately, their hooks made it hard to work with animals, and the frequency of their violent flashbacks only added insult to injury. Few animals survived under 5-H care.

The members of 5-H clung to one another, and lingered around in hopes that one day a new generation of children with hooks for hands would show up to be mentored by them. As the days faded away so too did the hopes of this future ever coming to pass. Hooks became less and less appealing as new non-hook medical prosthetic devices were developed. Faced with overwhelming despair and isolation, many members turned to suicide.

By 1940 membership had dwindled to a hookful, with only a few dedicated souls staying to keep the lighthouse running. 5-H was one of the most vocal groups supporting America's entry into World War II, believing it would help increase their ranks substantially. To show support for the war, the 5-H pledge was revised. The fifth line was changed to "My hook to Nazi eye sockets." The group insisted, though, that they would not hesitate to "insert [their] hooks in the eye sockets of any enemy, Kraut, Jap, or other." 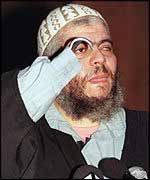 Igor Sands, 5-H Club President 1948-1958Membership did not grow, and 5-H's few surviving members became increasingly delusional and desperate. In 1948 the group was demonized after its president and founding member, Peter Muggsville, was arrested for kidnapping a young boy and amputating his right hand. After being convicted and sent to prison, his trademark hook was confiscated by authorities. He eventually sharpened his stump into a menacing blade and used it to fatally stab a guard. Following that he was sentenced to death.

In 1954 the ten remaining members attempted to show their patriotism by modifying the 5-H Pledge. This time the painfully antiquated Nazi references were discarded and substituted with timelier anticommunist sentiments.

I pledge
My head to clean thought,
My heart to Capitalism,
My hand to labor,
My hook to the eyes of the Commie bastards,
And my health to fighting the Red Menace.
Though a mortal I may be,
I am equal to God in my hated of Communism.

Ultimately this did nothing to change the group's reputation as "a gaggle of crazy men with hooks for hands." The fact they refused to disavow ties with Peter Muggsville and regularly proclaimed his innocence did not help matters. In 1958 5-H formally disbanded, when COINTELPRO succeeded in undermining the group. The three remaining members went their separate ways.

In the 1973 the group was resurrected when a new generation of men seeking to "mentor young men with hooks for hands" was formed. These men, hook handed themselves, promoted the new 5-H as a benevolent group interested only in "fostering deep bonds between men and boys (with hook hands)." After some brief internal power struggles, the group formally changed its name to the North American Man/Boy Love Association (NAMBLA).

And that is why all pedophiles have hooks for hands.