Interview with the Town Drunk

To celebrate the booziest of occasions, St. Patrick's Day, SA's Worm Miller sat down with a man who takes the holiday very seriously. Roger Schramm holds the public office of Town Drunk in the city of Costa Vista, California. 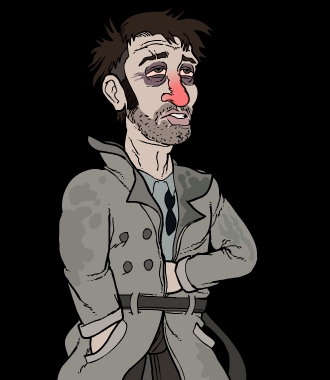 Something Awful: So how long have you been the official Town Drunk of Costa Vista?

Roger Schramm: This is my third term. So nearly twelve years now.

SA: This is an elected position?

RS: Yes, indeedy. Our good citizens have seen fit to put me here thrice! The last race was a rough one too.

SA: I want to return to that in a moment. First though, and this may seem like a weird question to you, but why does Costa Vista need a Town Drunk?

RS: Not sure what you mean.

SA: Well, what are your job duties?

RS: Oh, all kinds of stuff. From all over the public-official spectrum, you know? On one end, you got your kinda honorary-type duties - cutting ribbons at new liquor stores and bars and clubs. Then at the other, there is just the simple day-to-day stuff of stumbling around shitfaced in the park, falling asleep on the sidewalk, picking fights, showing my penis to under-aged girls at the mall, puking in strollers. Though I personally try to minimize the stroller pukes! Never really been a fan of it.

SA: And this is something Costa Vista feels they need an official representative for? Are you salaried?

RS: I would love to be able to say that I'd do this for free - and don't get me wrong, I love being blotto - but Town Drunk is a full-time position with a lot of responsibilities. And I have a family I need to support.

SA: You have kids?

SA: Interesting. I guess let's step back a moment. Tell me about how you first became Town Drunk. Was this always a dream of yours?

RS: No, certainly wasn't my plan. When I was a kid I always thought I'd grow up to be a doctor like my old man and my older brother Dave. I was born in Los Angeles, but my family moved to Costa Vista when I was five so my father could start up a practice here. Then, in college, I was doing pre-med at UCLA and interning at the family practice during my breaks. This was all during the Carl Lemek era. He'd been Town Drunk since I was little and had become a real embarrassment. Half the time you'd see him he was clearly sober. One night I was ranting about Lemek at the bar, saying how I was probably drunker than him, and my buddy Turds flat out said, "Hey, maybe you should run for office!" I was just joking around, but then things sorta snowballed from there. Before I knew it, I had a campaign going and backers! 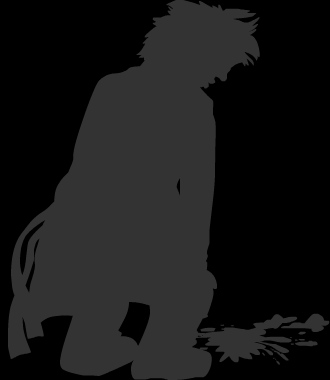 SA: You mentioned the most recent election was rough. How so?

RS: Oh, I was up against Bradley Hawkes, this asshole hot shot who had just moved to town - many of us suspected specifically so he could run for Town Drunk. Unfortunately the laws are pretty loose on the subject. You only need to have been a Costa Vista citizen for one year. I thought it was clear he only wanted the position as a stepping-stone to becoming State Drunk, but he had a lot of money behind him so he had the resources to develop a bit of a following.

RS: Yeah. Me? I have no higher aspirations. Costa Vista is my home. I hope the voters would have realized that in the end, though it didn't matter - Hawkes had to pull out of the race when he got busted with fake bags of puke hidden in his clothes during the keg-stand portion of our debate. Plus most of his campaign promises were pretty absurd. Munich would never move Oktoberfest here! That doesn't even make sense!

RS: You kidding? Of course! That's the toughest day of the year for me. Way more pressure than New Year's Eve. I gotta get blackout drunk the moment the sun comes up and stay that way all day, yet still remain with-it enough to ruin our annual St. Patty's parade by drunk-driving my car into one of the floats, then I gotta hop out and flash my dick until the cops drag me away.

SA: You're supposed to do this?

RS: Sixty-year tradition. I remember watching Carl Lemek ruin the parade every year, back when he was great at his job. He'd sometimes start peeing while the cops pulled him away.