You Snooze, Your News

Before I resume the painfully pointless and banal Seattle story I began yesterday, let's take a quick look at some random news items that l must've mistakenly bookmarked during one of my patented drug induced frenzies, events which often end up with me passed out in a pool of cat urine and Ayn Rand books.

Although major news sites haven't been too concerned with reporting this Earth-shattering item, instead focusing on minor events like spy planes and riots and rioting spy planes, I feel it's my duty to give it the attention it deserves. I believe it is utterly astonishing that somebody in the XFL has finally broken free of the career-mutilating stranglehold that defines this league of hollow lies and comical nicknames (NOTE TO ALL THE SUPERHUMANS THAT ARE CURRENTLY FLOODING ME WITH EMAIL MESSAGES NOTIFYING ME THAT JIM DRUCKENMILLER HAS ALREADY PLAYED FOR THE NFL: I know. This article is about applauding the man for escaping from the XFL, where he currently plays. Please stop emailing me, comparing my football IQ to that of a garden hose). As a general rule, the lifespan of anybody involved with the XFL follows two distinctly different timelines: 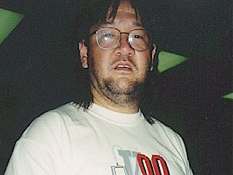 1. COLLEGE (rushes for 50,000,000 yards as a Freshman at the University of Big Dave's School of Proper Grammar Study Division .0032)
2. DRAFTED IN THE 34th ROUND BY THE GREEN BAY PACKERS
3. PLAYS FIRST GAME; SUFFERS CAREER-ENDING KNEE INJURY
4. SIGNS WITH XFL; SUFFERS CAREER-ENDING HUMILIATION INJURY
5. ARRESTED FOR STEALING GOLF CART GASOLINE AND INHALING THE FUMES

So I'm naturally excited when an XFL player is able to break the cycle of damnation and graduate to something potentially more fulfilling, like being trampled to death by drunken soccer fans. Jim Druckenmiller, an XFL quarterback who plays for a team which I don't care enough to currently recall, is in the process of possibly escaping from the icy clutches of the XFL and playing for a professional team, if you could make the mistake and actually refer to the Chiefs as such. Not that I have anything against the Chiefs; I'm sure that after a few hundred thousand personnel and coaching changes, they'll undoubtedly evolve to the point where ABC will allow them to play on their Monday night broadcast and be humiliated by some team with a quarterback whose last name sounds like the Italian word for "fart." So good luck, Jim Druckenmiller and Kansas City! Yours is a match made in heaven, one that sould be featured on those wacky dating shows where one of the participants ends up having scalding soup thrown into their face midway through.

Monolith's Dan White Able to Buy Paid Advertising on Voodoo Extreme, Only Without Paying - In an interview which surprisingly strays from the clichéd "f'n dialed pimpin ho pop hoochie mama lovin" speak, VE recently talked with Monolith's Dan White, the guy in charge of doing whatever the hell Dan White does all day at Monolith. Now while I'm not in any way criticizing another site's content, because I'm painfully well versed in the humongous amount of shit that spews daily from Something Awful, I have to admit that this entire interview just seems to be a humongous Lithtech 3.0 ad. Here's some clips for ya, spicy man lovin' style (certain clips have been briefly abridged for the sake of brevity):

VE - Are you going after any particular markets? For example, the new shots we've seen from the Unreal Warfare engine have blown us away, will the visual in the LithTech 3.0 rival that, or possibly, even be better?

DAN WHITE, DIRECTOR OF PIMPIN' - We have a long-term strategy that we think will allow us to aggressively target our core audience and other game-related markets with a great deal of success. I'm not going to get too specific about those plans, but I will say that we feel that the LithTech Development System is a highly competitive set of technologies and tools that can be used in a wider range of applications.

VE - What are your thoughts of GarageGames almost giving away the Tribes 2 engine for development? Does that change the development schedule/ideas at all for the LithTech Development System?

DAN WHITE, DIRECTOR OF MACK-DADDYIN' - No. As mentioned above, we have a long-term business strategy we continue to follow. We are confident that the technologies and tools that make up the LithTech Development System will remain comprehensive, competitive and commensurate with the goals and objectives of our licensees. LithTech, Inc. also provides unparalleled support to its licensees and is committed to working with them every step of the way. As one recent licensee mentioned to me "it's like hiring 25 engineers and programmers for the price of two or three." We are not just creating license agreements with game developers. We are creating partnerships and long-term relationships.

DAN WHITE, DIRECTOR OF HOOCHIE LOVIN' - Please see the answer to question #8. I will also add that the LithTech Development System is a versatile set of technologies and tools that can achieve a wide-range of game development goals. 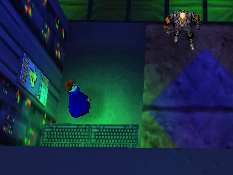 "License the Lithtech engine and make a good game or else we'll be forced to release products that look like this!"

So, to summarize the entire interview, "license the Lithtech engine." In addition, there is also the underlying message of "you should probably license the Lithtech engine" and the deeper issue of "please license the Lithtech engine right now." If you read between the lines, you will also learn that it would be a beneficial move to license the Lithtech engine. Now I understand that every person in the gaming industry agrees to do interviews so they may promote their product and get free exposure, but those articles usually offer exclusive information regarding their game that the general populace wants to know about. You know, like if there's going to be a new, slightly different version of the chaingun in their game or if their title will offer a new gameplay mode that involves passing a STD to the opposing team. But game engines? 99% of the standard gaming site audience has absolutely no intent to license an engine, much less read two page hard sale pitches from Dan White, the Director of Dan Whiteness at Monolith. So what the hell was the point of this interview? Which of you people out there are wondering if "the LithTech Development System will remain comprehensive, competitive and commensurate with the goals and objectives of [their] licensees"? More importantly, what the fuck does this mean:

Developers can fine-tune the distribution process using real-time feedback from new engine objects that implement an advanced flow-control mechanism developed specifically for the high performance requirements of the distributed object system. To minimize the impact on in-process development, source code licensees can choose to remove the new distributed object system and the relevant network subsystem changes from their compile.

Maybe it's just me, but if VE didn't get paid a LOT of money for printing this interview, I think they really got ripped off. If anybody out there wants to do an interview with me, please copy and paste the following onto your site and then send news regarding the interview to every major news site you can find on the AOL search engine:

[YOUR SITE'S NAME HERE] - So Rich "Lowtax" Kyanka, would you say your website is the pinnacle of hilarity on the Internet?

RICH "LOWTAX" KYANKA - Yes. Yes I would. Visit my site.

[YOUR SITE'S NAME HERE] - What are your thoughts of other websites, ones which aren't yours?

RICH "LOWTAX" KYANKA - I feel my site is much better. I am confident that the writing and features that make up Something Awful will remain comprehensive, competitive, and commensurate with the goals and objectives of my readers. Something Awful also provides unparalleled humor to its readers and is committed to entertaining them every step of the way. As one recent viewer mentioned to me, "Dan White sure sounds like a retarded marketing bozo." I am not just creating copious amounts of slander against established game developers. I am also creating copious amounts of slander against Derek Smart.

[YOUR SITE'S NAME HERE] - Thank you very much for your time, Rich "Lowtax" Kyanka.

RICH "LOWTAX" KYANKA - You're welcome. And by the way, my site's better than yours.

So there you go. Don't bother paying me, because I do everything out of pure love for you, the viewer. Also, I just realized that I failed to mention anything about my Seattle trip, but since nobody in their right mind gives a damn about my boring ass trip and the stupid things that happened to me during it, that's probably for the better. By the way, license the Lithtech engine.