Video games are no stranger to ridiculous fashion. Things can get so ridiculous, in fact, that we have made fun of it before. That was a long time ago though and gaming website 1UP decided to write an homage to Fashion SWAT. When they posted their article they accidentally forgot to link to SA or mention us. That's fine, we still appreciated the gesture and decided to return it.

Zack: Hola, champions! We were inspired by gaming site 1UP to revisit some of the gaming world's wackiest costumes worthy of ridicule.

Dave: Recently, they published "Video Game Fashion Revue," featuring a very similar format to our Fashion SWAT articles. We don't know if the ripoff was deliberate, but in the immortal words of the Sugarhill Gang, "when the sucker MCs try to chump my style, I let them know that I'm versatile."

Zack: Welcome to our very first edition of 1UP SWAT. 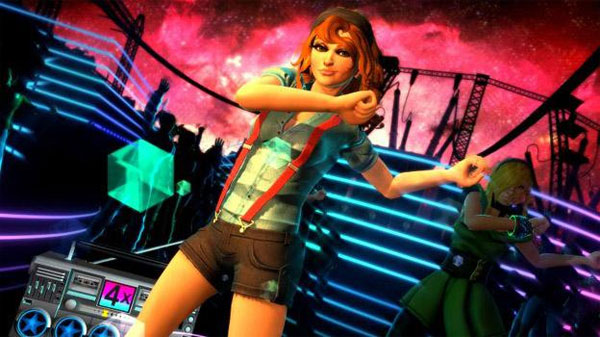 Dave: Like, are we cool with this? Are we a nation of laws? Are you allowed to wear suspenders with shorts and shit? Like, seriously, I'm not even sure I know-- is there a system to prevent abuses of this nature?

Zack: She looks nice to me. Nice hat.

Dave: It's a fucking headband maybe, which is totally screwed up. I've lost faith in the basic structure of our system. Cubes are everywhere. Digital women sway in the radiated breeze.

Zack: Ooh they all have nice little hats. That's nice.

Dave: Her suspenders have no obvious function. Behind her, hissing transmission lines cause untold deformities in the population. Her friend's wrist swells to hideous proportions, retaining the toxic fluids of their dying land. She has red hair.

Zack: I think in this situation the Fashion Police would have a sniper on overlook on a nearby building and they would execute a classic four-man room clearance, with stun grenades and double-taps just to be sure.

Zack: *Sergeant lifts bloody headband with the barrel of his gun*

Dave: You can see the fashion hostages behind them in silhouette, waving their arms and begging for rescue.

Zack: "They're rigged with cubes! Back off!"

Dave: A nervous bomb squad rookie in a heavy ceramic suit approaches the boombox. He knows that if it reaches 5x, the place will blow sky high. If he survives, his legs will be torn off, his abdomen flayed and mangled and filled with cube shrapnel. Sepsis will be unavoidable. His genitals will be shredded and useless.

Dave: He thinks of his wife, exhales, and adjusts the graphic equalizer.

Zack: Later, after the hostages have been secured and the horrible remix of a horrible Cher song has been turned off the sound system, he will wander in a daze through the meaningless facade of the world outside boombox defusing.

Dave: He has nothing to look forward to but another boombox. The dancers are getting smarter, more cunning. Each boombox is a deadly new riddle.