Forgive Him His Neck Pouches, As We Forgive Those Who Neck Pouch Against Us 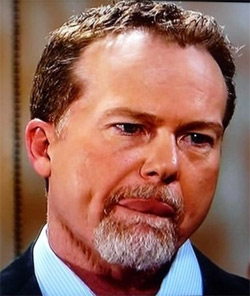 Mark McGwire suffers from steroid-induced scrotal neck.Ten seconds of Bob Costas interviewing the crybaby Kenny Powers version of Mark McGwire about the sky being blue was all it took. I knew that quickly that I would be spending my weekend dwelling on the former Cardinals slugger's freakish neck pouches. After a long career of steroid abuse, the tearful, hillbilly goof has a throat that resembles a wall texture from Doom II.

The best I can figure, from watching and re-watching the Costas video, is that when McGwire was chowing down on power pellets his neck blew up along with his biceps. His neck looks big in photos from his power hitter days, but it's hard to judge scale on a man with an Easter Island statue for a head and arms that make you worried he'll spin them like a propeller and punch Bluto to the moon.

I descended into perverse fantasies of Mark McGwire inflating his labial neck folds and croaking out a bullfrog mating call to a wild pack of hunch-backed groupie girls skulking in the outfield. These tanned Morlocks in belly shirts would pop n' lick the greasy fields of McGwire's bacne and then he'd chase them around the clubhouse threatening to cave in their skulls with a fungo bat. The mating ritual complete, the groupies would deposit their clutch of eggs inside an old Powerbar display box and hope for the best.

The sagging flesh and unhealthy divots in McGwire's neck are among many scars left by the years of juicing. I'm sure you'd find something similar if you peeked inside his house. It probably looks like someone got drunk and tried to hang pictures with a bazooka thanks to all the rage fists he put through the drywall. 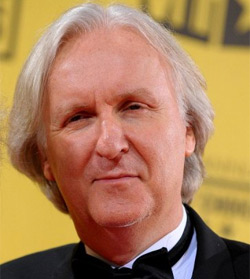 He's already got the saggy neck, who is going to notice the pouches? Weta can take those out in post.Most sports commentators and internet blowhards have rushed to condemn McGwire. He joins a growing blacklist they consider off limits for Hall of Fame consideration. I beg to differ. Say what you will about McGwire's lame health-related excuses for steroid use, the man put himself through hell for our entertainment. Where would we be in our lives without 1998's Sosa-McGwire home run race? Nowhere. We'd practically be dead.

Not only do I think the critics are wrong, I think more celebrities should subject themselves to the ravages of steroid use just to be better entertainers.

James Cameron would be a good candidate. The guy I remember as the lanky and slightly dorky director behind Terminator and Aliens has turned into a lesbian Benjamin Franklin. Watching him receive the Golden Globe for Avatar I kept expecting him to speak in feminist aphorisms or tie a leather bracelet to a kite string and discover tribbing. Maybe hormonal changes explain why Cameron Franklin's ex-wife directed one of 2009's best action movies and Cameron filmed a two hour romance about cat people and dragons living in FernGully.

Steroids might also help beleaguered Chicago Bears coach Lovie Smith. Smith doesn't really need the muscle mass, but he's so sedate at games that the Bears could be losing 35-0 against the Lions and you'd think he was falling asleep in church. Bill Frist watched the Bears lose in Superbowl XLI and proceeded to diagnose Lovie Smith as brain dead and wrote legislation to have his plug pulled. 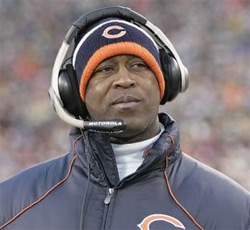 He may talk like Cleveland from Family Guy, but he's hardly animated.That's the sort of guy who could use a serious juice-crazy roid-rage once in a while. I'd like to see diabetes eyes Jay Cutler throw a pick and Smith reacts by chucking a Gatorade cooler at his head. Maybe he tosses the HBO crew's parabolic microphone like a Frisbee and takes off Greg Olsen's not-receiving hands.

I'm usually not one to support mindless, testosterone-fueled violence, but maybe we could juice up the President once in a while. Remember when Obama was on the campaign and he used to shoot hoops with Marines and Secret Service agents? Maybe even foul them occasionally? Now that he's President he spends his leisure time playing golf, a sport popular with 70-year-olds and just one or two notches on the masculinity scale above water birthing.

Over the weekend Obama was heckled off the stage in Boston by some crank yelling about abortions. Obama used to get applause for sneezing. Literally, he would sneeze and people would clap. He'll be lucky if he can drag Coakley across the finish line. Seems to me like somebody needs to get back in shape for the big game. Go on the McGwire diet. If Obama starts dosing now by the time the 2010 elections roll around he should have a beefy bison neck and be carrying Harry Reid to re-election in a Babybjorn.

The next time you look at McGwire and scoff, remember that he has that gross gobbler of a neck because he was trying to make you happy. And maybe, just maybe, he was doing the right thing all along.