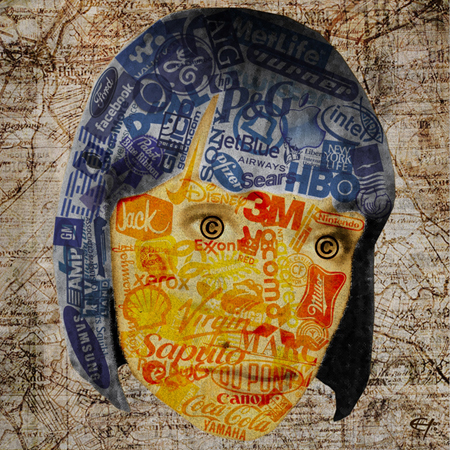 Obviously I did not like Miss Destructo—a sentiment shared by my sometime-contributor friend—but I resolved to put the strange coincidence of her name and even location (she was from and visited Tampa; I do the latter) to use at some point. My first inclination was to do something positive. Just because I didn't enjoy the blog, the Twitter feed or the person behind both didn't mean I couldn't pretend to.

I kicked it around with a couple of people, and the most fun idea we settled on was posting a series of shit-eatingly proud updates about what "my wife" was doing. You know, wait for a couple of Miss Destructo posts, link to them, write ludicrously effusive prose about them, talk about my special baby girl, complain that she kept taking pictures with some strange guy, wonder why she wouldn't pay $10 to switch her domain to "MrsDestructo.com," etc. It might have been passively critical, but mostly it would have been goofy, just a bizarre running gag.

The problem was, there was nothing to work with. Whole months went by with barely a thousand words in them. Tongue-in-cheek commentary, light parody—these things require prose with meat on its bones or, failing that, prose more substantial than a menu. One can't riff off the absence of something any more than briefly and for a one-time shot, and even then it runs the risk of having so little to work with that it unavoidably resembles the target. A satirical cartoon about a room with the lights off is the same inky black rectangle as a sincere cartoon of the room itself. Sure, there was the first-ever Miss Destructo post ...

Where I was born and raised for 23 years in New Port Richey, Florida is the area of newlyweds and nearly dead, the creme of de la creme of crazies.... The indians packed up and left the area thousands of years ago, they must of [sic] had good reason.... I was on the verge of graduating college and on the edge of almost out of my mind with lack of motivation and the feeling that I should be somewhere doing something grand, living life to the fullest, celebrating the sunrise&sipping coffee with a loved one and having elaborate conversations of the mysteries of life.

... but this itself was still tepid stuff.

Finding a twentysomething who describes things as "crazy" is no great scavenger hunt (though finding one who describes the newly dead as such marks a change of pace); it's really a minor miracle that the word "random" isn't in there. Ditto finding the same who has a tortured but weightless theory about what people are really like in another indistinguishable blot of exurban crudscape in a state with no reverence for, or interest in, history. Speaking of which, it's no trouble either to find a Florida native who thinks that the state's Native Americans vanished "thousands of years ago," instead of what actually happened in, you know, recorded history. Nor, finally, is it especially difficult to find a young person rhapsodizing about the glories of "elaborate conversations" in a blog, a medium for elaborate conversations, then pulling the ripcord after a few dozen lip-service sentences that could be written on a smartphone without much hassle.

I checked back every few months, looking for something that would make for a funny jumping-off point, and nothing materialized. A year passed. Special "Tweet this" buttons appeared alongside other "YOU LIKE THIS" features for social media, "share" buttons for Facebook, other slickly designed instant means of virally disseminating the content that wasn't there. Then links popped up promoting appearances in other media. There was the one that mentioned her garnering 4,000 followers on Twitter—and nothing else—as her list of accomplishments. Then Miss Destructo was in Industry magazine. I didn't know anything about Industry magazine, but it turns out they were the people who did that explosive profile on Product, the one that had lots of Word in it. Word good, especially a lot of Comedy Word. Makes Laugh.

Anyhow, that's when it struck me: reading about Miss Destructo is like meeting a person made entirely out of advertisements. On most sites, the advertising bells and whistles are means of drawing other viewers to content that should be shared. On Destructo Deviations, the content provides the minimum load-bearing word weight needed to sustain the pressures of different advertising schema. Remember the hair-color-related revolution about social media boredom? It can't be televised, but it can be totally destroyed via T-shirts, stickers and buttons about how "I Tweet Naked" available for all these low low prices.

The act of reading anything on Destructo Deviations involves the simultaneous act of experiencing how that same thing would be promoted to you, because the vehicle for advertising and the vehicle of advertising have lost all distinctions. Miss Destructo's updates refresh like a Sprite that isn't a beverage but is instead just a logo that a company promoted—a logo and product without agency or purpose—unconnected to anything that exists in reality. Its existence is proved by its marketing, and its marketing is necessitated by its existence, a continual feedback loop whereby fungibility is both existence and essence.