An Overview of the NBA's Secret Surveillance Program (Codename H.A.N.D.L.E.S.)

The H.A.N.D.L.E.S. organization was formed within the NBA in late 2007, and was marked as highly classified and top-secret. John Stockton quickly excluded Ron Artest from sensitive management details of the program. The original lineup featured John Stockton, Karl Malone, Detlef Schrempf, and Ron Artest. However, because of the team-of-five-based mentality of old NBA players (they have to do everything in fives, and the height has to be stratified enough to satisfy their ex-basketball comfort levels), they needed someone to play the role of "Center." They recruited Bryant "Big Country" Reeves into the lineup due to his status as a seven-footer as well as his noted amorality.

When the team was assembled, using WORLDSTAR as a platform, the floor general Stockton led his team on a mission involving intimidation, legal nuance, and sinister deal-breaking with various websites, web providers, phone-service providers and basketball-apparel companies. Whether David Stern was aware of this at this point was unknown, but the organization was running under the authority of the NBA as approved by him. 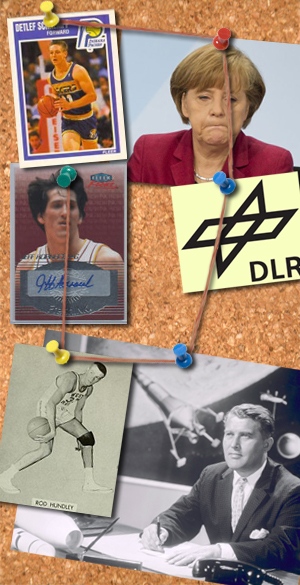 "The H.A.N.D.L.E.S. program never looked into the information of the average fan. The metadata was mined to look for threats to our players, the identifying of negative press, and the identification of insults against our athletes ... and former athletes." - Bryant "Big Country" Reeves, July 28, 2013

Some of the search terms that have been uncovered: 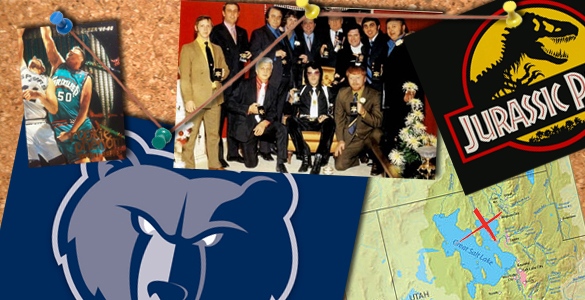 How did we find out?

On July 23, a packet detailing the program and its activities were leaked to various news outlets. On July 25, Detlef Schrempf's mangled corpse was found floating in the Great Salt Lake, and he was outed as the source of the leaks by reporter J.A. Adande. The coroner who performed the autopsy believes that the cause of death was "most likely an absolutely bone-crushing, probably mid-court screen. He, undoubtedly, never saw it coming."

Thanks to Ian "BFM" Helm for the photo illustrations. Look for new installments of his Monstergeddon (design) and Groggery Gibbonman (writer/design) franchises in the next month!