Yes, it's been quite a memorable year for Major League Baseball. Barry Bonds broke the single season home run record. Future hall-of-famers Cal Ripkin Jr., Tony Gwynn, and possibly Mark McGuire retired. Ancient Aztec mummy Ricky Henderson set a few important sounding records that I can't recall off the top of my head because everybody was too busy listening to Barry Bonds' retarded daughter babble into a microphone about her daddy being the king of stool-pigeon hill or something. And this past Sunday the Arizona Diamondbacks were crowned World Champions, defeating the mighty New York Yankees in Game 7 of what is sure to be remembered as one of the most exciting, unbelievable, and entertaining World Series of all-time.

To commemorate these remarkable achievements, Major League Baseball owners decided to celebrate by arbitrarily deciding to vote two teams out of the league. Apparently they all saw the ratings for "Survivor" and decided that this idea would be "tighter than a Pontiac Aztek," as one 72-year old owner so eloquently put it. 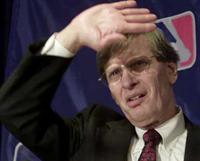 MLB Commisioner Bud Selig melts if exposed to sunlight and sleeps to in a vat of resin to protect his recently refurbished, Rawlings manufactured artificial skin.

Way to go, MLB, just as fans were beginning to forget about that hilariously stupid players strike, you've got to go out and purposely piss people off again. Now obviously the Montreal Expos have serious problems and something needs to be done with them, but forcing another team out of the league to balance things out just because you can't find a city to move them to or can't afford to buy them out for $5300 million Canadian dollars (about $14 million U.S.) or whatever just isn't a very smart move. And if you've got to ditch two teams, get rid of the Expos and the Marlins and NOT the Twins. The Marlins are a weak-ass pathetic recent expansion team that bought cheap a World Series victory and Florida has enough baseball (and old geezers on Rascal Scooters) as it is.

I could blather on and on about how retarded the MLB is, but the bottom line is that contraction won't really solve any of baseball's serious problems. The biggest problem here, I think, is Bud "Steven Hawking with Working Muscles" Selig, current Commissioner of Baseball. Now when you're hired to do most jobs, you're required to have some sort of experience or qualifications. Buddy ran the Milwaukee Brewers and was once called "creepy" by a teenage girl he was caught leering at outside a Chuck E. Cheese. That's it. The Milwaukee Brewers. A team so forgettable, loss-ridden, and ignored, that nobody noticed or cared that they switched from the American League to the National League a few years ago to balance out the teams added during expansion. Oh wait, I take that back: a couple of Milwaukee's players noticed that they were striking out against new pitchers in unfamiliar uniforms.

Bud Selig has done and will continue to do an awkward and terrible job running the Major Leagues, so he needs to be booted out the door and replaced with somebody who can either fix baseball's current problems or make new, more interesting ones. Here's a few potential candidates for baseball's next commissioner:

OK, so that XFL thing didn't exactly work out so great and hundreds of confused Los Angeles Xtreme fans are still wandering the streets in a daze screeching "But… but… we're the world champions! Celebrate, people! We beat the S.F. Demons and Chicago Enforcers, DON'T YOU SEE?!?!" But the WWF is the leader in "sports entertainment" and surely McMahon learned from his football mistakes. And his wrestling successes! If elected, McMahon will make some exciting changes to MLB, including:

The four traditional umpires will be replaced by one referee. This lone ref can be knocked out "accidentally" while the other team cleverly puts extra runs on the scoreboard. When the ref comes to, he'll just assume the other team scored the runs while he was passed out.

Baserunners are allowed to interfere with fielders, but if fielders steal the runner's helmet and use it to catch a pop-up they get a bonus out

No fair catch in the MLB (the infield fly rule is out, too)

If the game is tied, a home run derby determines the winner instead of extra innings. If no one wins the home run derby, both catchers in full protective gear hit each other with bats in a steel batting cage, last one standing wins.

Players are forced to replace the last name on the back of their jerseys with nicknames or messages. John Rocker becomes "I Hate Y'All"

Bench-clearing brawls are encouraged, but cannot end until either the pitcher or batter is down for a three count or thrown into the stands for more than 10 seconds

No, this is not a picture of some Victorian-era child rapist supervillian, Rollie Fingers is a living, breathing, former Major League pitcher who helped popularize the brief return of the handlebar mustache while expounding upon the merits of the homosexual lifestyle during his years with the A's. The man knows baseball, and he knows style. He'll classy up the game with the following changes:

When the umpire says "ball four, take your base" the batter must turn to the ump, lean on his bat, and sassily respond "you don't know the half of it, big boy"

Bat handles may be lubricated or ribbed

Instead of relief pitchers coming out from the bullpen, they come out from a closet wearing feather boas

The Village People's gay pride anthem "Y.M.C.A" will play at every game and the entire crowd must dance to it. Hey, wait a minute!

There's a lot of unemployed dot-com CEO's out there, but one in particular stands out: eFront Media CEO Sam Jain. Since he's a great example of how the typical Internet business was run, he's a wonderful candidate to take over Major League Baseball. Oh, he also nearly bankrupted Lowtax about a year ago when SomethingAwful was a part of his ill-fated scam and his embarrassing and scandalous ICQ logs were stupidly leaked to the public, putting the final nail in the company's coffin, publicly exposing him as a wannabe rapist con-man, but let's put the past behind us! Here's a couple of changes Sam Jain would make to baseball:

Tickets are free, because the amount of people seeing the game is what's important. Donations are encouraged, but nobody ever donates because why should they pay to watch an Anaheim Angels game when they can go watch a high school baseball game for free?

All team logos have lens flares

Players don't have to wear uniforms, they can pretty much wear whatever they want and not show up until the 6th inning

During random intervals of the game, salesmen run onto the field, blocking the path of the pitcher to the batter and trying to sell players amazing X-10 wireless cameras

You can name your own price at the concession stand

Instead of saying "the bases are loaded," announcers say "all your base are belong to us!" and think it's the most hilarious thing ever

Outfielders can play Foosball if they're sick of just standing around

Player salaries will be dramatically adjusted and replaced mostly with stock options. Alex Rodrigiez is the highest paid player at $124,000 a year.

Managers will make more money than the players, and each team has ten managers. Joe Torre makes $10 million a year and gets a $5 million dollar bonus if the team goes bankrupt.

Some teams have up to 300 players on their payroll, even though they only need 25

The minor leagues are called "sub-domains"

Scoreboards run on insecure Win95 servers, which often crash or reboot at random, wiping out entire innings and forcing them to be played all over again

Ironically enough, Sam Jain hires Rollie Fingers as his "special assistant" and adopts some of his ideas

Bud Selig, I think it's crystal clear that your time as baseball's supreme overlord has come to an end. It's time to step down, go back to running the Brewers, and spend all your time demanding that the city council build a new $400 million dollar stadium exclusively for your team entirely with taxpayer money. The current stadium's luxury boxes don't even have maid chambers! And do you honestly expect the millionaire players to continue playing in a ballpark without a retractable roof? What are they supposed to do if it rains, stand in the field and get wet?! Absurd! 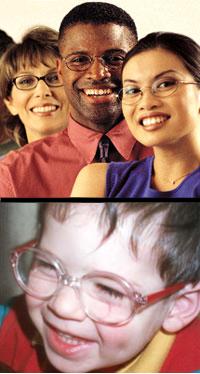 The racially diverse cast of "Asses in Glasses," coming soon to a theater near you!

An Ode to Glasses

People with glasses
Act strangely happy
Their eyesight is clearer
But they look pretty shabby.
Keep smiling, freaks
With those broken-down eyes
Pretend you are aliens
Or robots in disguise.
Keep pretending you hold
Some position of power
Thanks to two featherweight lenses
Crafted in under an hour.
You think you look smart
Like some crazy genius
But you can't tell the difference
Between your thumb and your penis.
Keep sucking on it, mutant
With that nose mounted device
You geeks look like nerds
I mean, Jesus CHRIST!

Music to Your Ears!

Elder Dreams - "When old people of sleep not children dreams are resulted. Dreams of children is anyone of Semi Automatic Turban but when geezer grandpa with knees knocked of slash wound there is reason we say no!" Apparently this song is about old people going to sleep. It's quite soothing!

Mirth Day of Birth - "On a day of birth which is mirthfill in nature a song of happy birth of this day is a tradition in homeland as well as AMERICAN." This seems to be Semi Automatic Turban's version of a traditional "Happy Birthday" song. I'm sure snapping my fingers to it!

Semi Automatic Turban has also updated with some thoughts on the recent terrorists attacks, urging people to… well, I'm not quite sure what they're trying to say, but I'm sure it's nice and patriotic. Here's a sample:

The turban is a symbol of honor and friends having friends in other ways normal associate with not wearing cloth. This is a reason we tell people to pride in AMERICAN and many friend that we have that are not worm ridden. We say there is many thing for support and fly flag god bless american. This is how it is done in traditional way but the traditional way is not to scare people with airplane in building! I ever see a Bin Laden then perhaps my peace manner will shatter his jaw? I would bet on this with currency which converts into quarter with picture of bird on back slack pack.

Head on over to their site and try to decipher the rest of it for yourself. Or not.