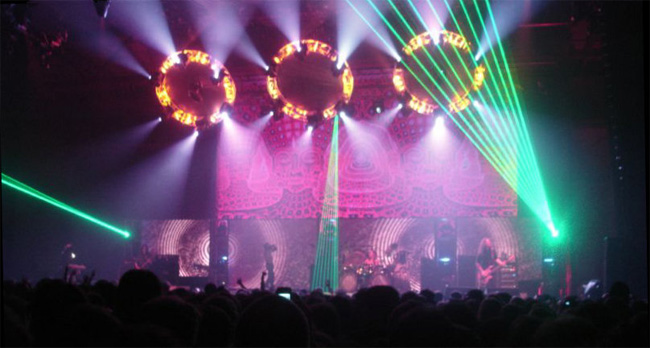 It's been a really scary time in America. I don't know how it feels around the rest of the world for the past few months, but here in the USA, it's a total shit show. Especially if you're an artist, a woman, a minority, gay, otherkin, a person dangerously into Dr. Who, the sort of guy who shares a Hulu password with five people -- anything but a rich white man -- it's really very scary.

Looking ahead to 2017 is daunting, but it won't all be bad. I see a good side to Donald Trump taking office. Donald Trump is going to make prog rock great again. No, not punk rock. That is fucking dead and was mostly stupid anyway. I am talking real art. Progressive fuckin' Rock.

We're all going to grow huge frigging mustaches that cover our whole face and wear bad jeans and one earring and neckties with leather jackets. We'll make rawhide hats ourselves if we have to. And we're going to go out to fields of flowers and sing about elves and horoscopes and aliens. But not like hippies. We're going to do it seriously.

If the political climate keeps getting uglier, the art will have to answer with a bunch of overwrought rhyming polemics put to marching band music and helicopter sound effects. We're going to have to make our own flutes and learn how to play synthesizers from 1978. We need a million stage lights and a giant inflatable ogre that we can project fractals onto. We're a bunch of white nerds, but we are cool as hell.

This is up to us now! 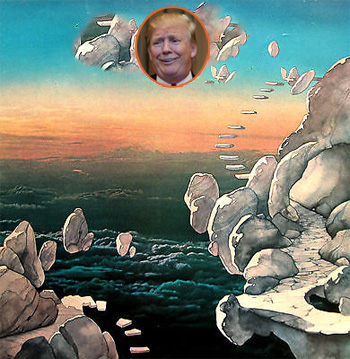 We're going to need to start bands called Scorpio Sojourn, Matt's Electric Raspberry Orchestra, Delicious Liquid Leprechauns, and Camelot 2099. When Donald Trump rounds up 8 million undocumented immigrants in no-knock raids and drops them off in a gravel quarry in Mexico we are going to make a song about Quetzalcoatl the feathered serpent. When the Muslims get put into a database and disappeared, we're going to rock out with unbelievably indulgent licks while cosmic space sounds play behind the three lead guitars. When the first heads go on spikes, mark my words, we are going to write a song about the Rainbow Bridge and it is going to be completely awesome and have an entire Bulgarian women's choir.

People might say "prog rock is never coming back" or "prog rock never died." Those people are all wrong. No matter how amazing the Mars Volta is at stringing together some pompous gibberish and coming up with an album title that's halfway to a joke, they have never existed in a world with Donald Trump as president. Total game changer, people.

There is going to be cocaine everywhere and nobody is going to have a decent job. It's going to be the 1970s all over again and prog rock is coming back, babies. I am talking full prog rock musicals about a prince living on a shooting star or like an angel that's actually an alien and it has come here to make the flowers bloom. Fuck double albums. We will have triple albums under Trump. When he outlaws the Democratic Party we are going to do a ten-disc album about Dune and it is going to blow your freakin' mind.

This is going to be so good for us. For art. For getting those creative juices flowing again.

Prog Rock is going to be great again and we have Donald Trump to thank.

Yeah, the drones are coming for the Sikhs, but puppets, guys. Puppets are going to be great again too! Remember how good puppets were in like 1983? Yeah, well, 2016 took Bowie from us, but 2017 is giving us the puppets back. We are going to fuck Donald Trump up with these puppets.