Reading Time: The Truth Comes Out 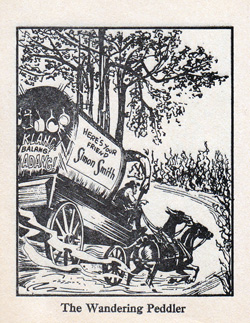 H: Long ago, there lived a wandering peddler named Simon Smith. His wagon read "Here's your friend," but never you believe it! Simon Smith was a lot of things -- charlatan; murderer; mad scientist; gentle, caring lover -- but he was nobody's friend. Pots and pans clanged on the back of his carriage, summoning villagers with their siren song. When people came to sample his cookware, Simon Smith would subdue them with vile potions, then carry them back to his lair to experiment with their fertility. 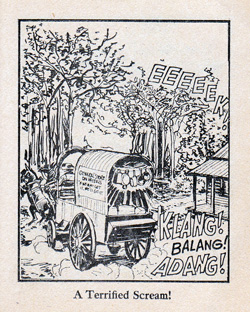 H: Those clanging pots weren't just for attracting folks. They also drowned out the racket when people realized Simon Smith was going to drain their precious bodily fluids. Myself, I've never been able to hear the sound of pots. Take this pot, boy, and beat it against that bubbling cauldron. Sounds terrible, don't it? You tell me, I wouldn't know! Hahahaha! 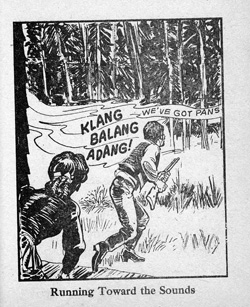 H: Now, while he was rattling those pots, Simon Smith would sing, just like an angel. Didn't matter what words he was singing, "we've got pans" or "help me engineer future soldiers, Hepzibah," voice made you want to do whatever he wished. Those fool kids would come running from miles around, because that was the "rock music" of the day. 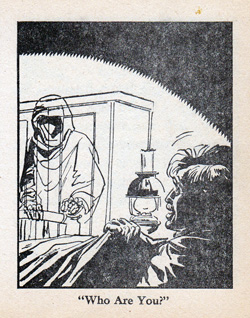 H: One night while Simon slept, a ghost appeared inside a big spiky bubble. A ghost, sonny, a real see-through spook from beyond the grave! Turned out it was General Tod Wilks, one of Simon's sticky-donors. What did he want? 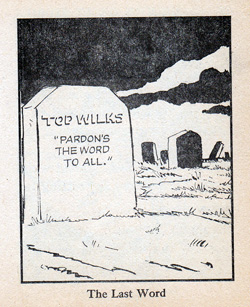 H: That very night, the epitaph on General Wilks' tombstone changed. The ghost did it, you see. Wilks forgave Simon for what he had done because he saw, with the wisdom that only death or extreme, crippling old age can provide, that scientists and the military should collaborate on top-secret projects instead of killing/haunting each other. "Pardon's the word to all": I still remember how joyously Simon sang those words, his euphonious voice bouncing merrily off the graves of his victims. And that's the last word on that! Well, Stevie, did that answer all your questions?

S: It answered none of them! I can't believe that an Elderly, of all creatures, would tell a long, pointless story.

H: Stop your whining, test-tube baby! Keep listening, and maybe something will sink into that dense skull of yours.