A Guide To The Most Popular Subreddits

Twitter is dying because it became racist and started mailing $100 bills to sex harassers. The guy from Facebook is deleting the site so he can become some kind of technocratic God-King. Tumblr is just a free wordpress plugin installed over the yahoo answers backend. And I obviously don't need to say why the Something Awful forums are out of the question. Soon the only place to post will be reddit. But how does one post on reddit? Unlike many other sites made for posting, reddit is comprised of thousands of small "subreddits" devoted to a single topic. But [second sentence starting with "but" in single paragraph] which subreddit is right for you? I can help. Here are a few examples of the kind of posts you'll see on some of the most popular subreddits out there. 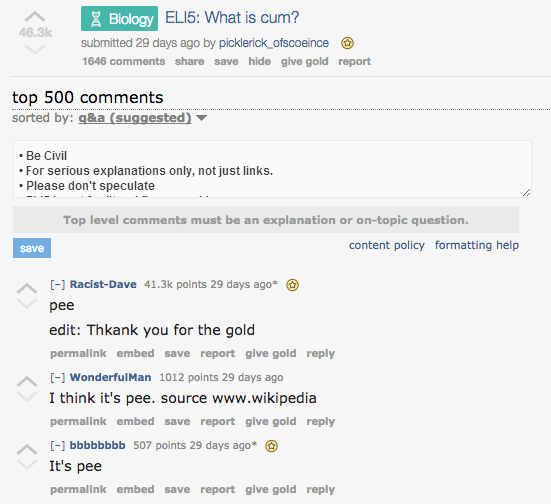 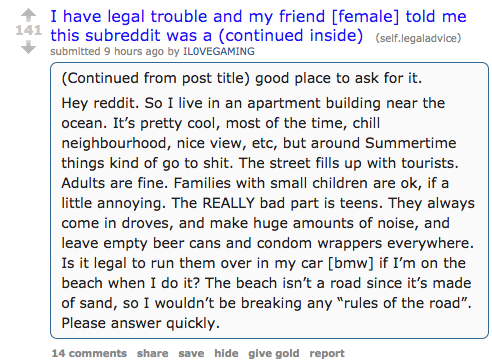 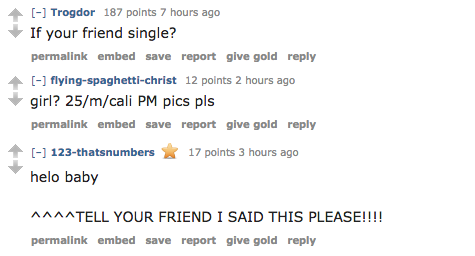