You know me, I am the hilarious man that shows up on ESPN on your television. No, not Kenny Mayne. I am actually funny because I smile and say things like they are jokes. They are probably jokes. My voice does rise at the end of a sentence like a punchline, like a comedian saying his hilarious best catchphrase such as, "What are you dooooing?" 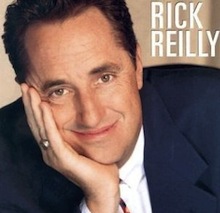 The best part is I don't even have to come up with funny things such as that great catchphrase. It's all in the delivery. For example, I can say that something is like a golfer in plaid pants then show a clip of a golfer in plaid pants, then I can grin at the camera and shrug or roll my eyes. If I'm feeling extra funny I can say something like "Oh brother!" and add a wacky sound effect.

Sometimes I am serious. You can tell it's a time when I'm serious when I speak like I'm begging a baby not to wake up, and because I concentrate real hard to make my self-satisfied grin go away so my face can look concerned.

When I'm serious I ask athletes about any dead people they might know or when times were tough. A lot of these guys only became millionaires after they turned into professional athletes so they did have hardships. This is a good time for sad music. This is also a really difficult time for me, because I have to do my best not to think about sports bloopers. A guy dropping a ball or falling or falling while trying to pick up a ball that he dropped is just about the funniest thing ever, and it's impossible to think about a blooper without cracking up. Trust me, if Jose Canseco is crying in your interview because he did steroids to make his mom proud and you start chuckling while thinking of bloopers, you'll look like a total doofus.

Sometimes I'm not on tv. They actually pay me a lot of money to write words on the ESPN website, which I'm told is in a magazine. A whole column of words. I am not like that blabbermouth Bill Simmons. I get in, write very topical and important things, then get out.

Perhaps you don't know my words. Oh brother! You should read them all so I can be a more popular sports writer man and get to keep writing more. Some of my favorites are after this sentence, directly below it, right after the period (and a blank line), though I'm not sure how this all looks on a Macintosh. You might need a software update and the thing that lets you run Windows on a Macintosh.

Am I the only one who thinks coaches should drive Coachmans? It has the word "coach" right in the name! It's a perfect fit. Unfortunately, sports nowadays are all about big contracts and bling. Back in the good old days you know that Vince Lombardi drove a Coachman because he was a real coach... man.

Looks like there are things called coach bags, and they're really pricey. Let me get back to you guys on that. More>

Looks like that old attention seeker has done it again. That's right, reports say that Brett Favre talked on the phone to a friend and the friend said something about it to a reporter. SHUT UP FAVRE everyone hates you go away! What a primadonna! All of us sports media people are tired of having to make money by talking about you!

That said, Brett Favre was the best quarterback. He was like a kid out there... a large kid! Haha. An old kid! He's so old that if the football was made out of his skin it would have wrinkles.

He played with heart and his dad died. The game of football would be better if he was still playing. More>

A man named Albert Pujols played baseball and got the contract worth 250 million dollars. Woah, and I thought my barber was expensive! More>

Bird Watching Is For The Birds

Hmm... I don't really have anything. Just thought that was a funny title for a column. Got a little ahead of myself.

You know, bird watching is stupid but I bet there are people that want it in the Olympics. Can you believe those guys? It's bad enough that they have bowling, or synchronized swimming. Synchronized YAWNING, if you ask me.

Imagine the paradox of watching people watch birds. Just try. Oh, excuse me this is the hospital. We're letting you know that you need to come to the hospital right away because we're in surgery removing a huge chunk of boring that got stuck in your body and killed you. More>