The Something Awful All-Star Matchup! 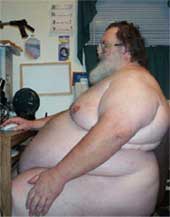 Sports fans throughout the Internet are currently writing in and voicing their disgust with sports.

As Livestock mentioned in his Monday update, we're currently lodged in the esophagus of Sports Fever. This is great for all you people who like observing the ranting, screeching, insane antics of famous celebrity fat person Chris Berman / John Madden (they're the same individual), but it's definitely horrible news for anybody who doesn't like watching large black men repeatedly pat each other on the ass for prolonged periods of time. We've got professional baseball going through their divisional playoffs, putting such exciting teams as the Minnesota Twins, Anaheim Angels, Saint Louis Cardinals, and San Francisco Giants against each other in what can only be dubbed "the absolute most boring team showoff in the history of the universe." The only great thing about baseball is when the New York Yankees lose and make their insane, rabid, drooling fans go crazy because the Yankees' annual payroll is now greater than America's GNP. If I were New York Yankee's owner George Steinbrenner, I'd just start throwing barrels of cash around and bribing everybody in sight until the Yankees are in their own division, the "Major League Cool Guys Division" which is in same league as The New Jersey Felons and The Syracuse Sunny Shades Retirement Vista. Then I'd pay the Russian Space System $40 million to launch me to the moon because if I'm George Steinbrenner, I think that's the only area of real estate large enough to hold my bulky, bloated frame and horrific ego.

Then we have the National Football League, a sports competition that pits various teams against each other in a contest to see how many of their players can stay out of prison for the longest amount of time. Much like the National Baseball League, which is experiencing a bizzarro-world team playoff of its own, the Oakland / Los Angeles / Jupiter Raiders have the best record to date, which doesn't make much sense because the Raiders average 900 million yards of penalties per game and were fined for backing a SUV over Drew Bledsoe in the middle of the Raiders / Bills game last week. I'm fairly sure the Raiders' playbook consists entirely of schemes stolen from Mutant League Football, the game which allowed you to throw exploding footballs at cheerleaders.

However, none of this is very important or even interesting to me, probably because I'm from Kansas City and our sports teams have about as much chance of ever landing in the playoffs as me going through the day without throwing up or weeping for hours at a time. With this in mind, Something Awful has created our very own All-star Matchup, putting the heroes and villains of the world against each other in what could possibly be the absolute most exciting thing ever, or at least a shitload more exciting than anything the Twins, Angels, Cardinals, or Giants can offer, which is namely a three-hour nap. Let's get on to the competition and showcase off the finalists in this hard-hitting, exciting, no-holds-barred showdown!

Well this definitely looks to be much more exciting than both the National Football League and National Baseball League combined. Although the SA All-star Finals lacks the rude sportsmanship of the Oakland Raiders and the nonstop boredom of, well, any team in baseball, we believe that this year's lineup will undoubtedly be the most popular ever, drawing in fans from thousands of countries and time periods together to watch this one exciting event. Stay tuned for the intense details!

Famed Mexican wrestler El Pinto Grande has completed work on his epic roleplaying game masterpiece. You take on the role of El Pinto himself, adventuring around his home and battling three different opponents in the blood-soaked squared circle of Tijuana. Do you dare to step into his boots and cape?

For less of man this is maybe discourage them from eating, but broken glass is like cupped cakes to a Hercules of your statures. CRUNCH and down goes the Legal Eagle Surprise. Clean up with the hose is completeds and you are ready for your meetings.

INTERNAL HEMORRHAGE HAS BEEN ADDED TO YOUR POCKETS.

Now it is time for going to the lunches! Better it is not to keep the Captain of the Wrestling Franchises waiting or he might get tested.

This is truly a day of great importance in the history of professional wrestling! Head on over and become the luchador you've always dreamed of!