Space: above and slightly to the right

The Return of The Weekend Update

Yes, old K-Dog is once again updating Something Awful on weekends. If you don't remember, I subjected SA readers to my own particular brand of unfunny garbage for about four months, and it's been six months since my last update. Blah blah blah, nobody reads this page on weekends anyway so the mental trauma I dish out should be kept to a minimum. LET'S GOING!

Colonize Space? No, Thanks!

World-famous scientist and robot rapping sensation Steven Hawking recently warned that the human race as a whole would not live to see the year 3000 if we didn't get off our asses and start colonizing space. Why? Because eventually some loon in a lab somewhere will accidentally or purposely engineer some sort of terrible disease that kills us all, most likely. While I somewhat agree with the Hawkman, there's no way you're going to get me onto the Space Shuttle Mayflower to Planet Zoomlarliaoioanoieoaranori! 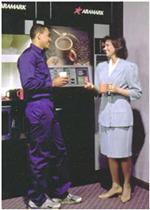 Now I'm sure some of you "Star Trek" fans are reaching for your inhalers right now, since you probably think living in space would be "the bomb." After all, there'd be plenty of multi-primary-colored hot women on your ship, prancing around in skin tight suits and saying stuff like "Is it hot in this sector, quadrant 40302, or is the environmental control mechanism merely malfunctioning?" Or there's the holodeck where you can pretend to be former Washington Redskins quarterback Jeff George and experience the vicarious thrill of getting sacked over and over again by large sweaty linebackers, if that's what you're into.

What I'm trying to say is "Star Trek" is basically just propaganda designed by NASA to get people all excited about the prospect of launching themselves into space. Fortunately, I'm smart enough to see through their clever ruse.

See kids, life in space - especially for the early settlers - will be extraordinarily awful. First of all, the flight to wherever you're going will last anywhere from a couple weeks to a couple decades. And with tightened airportspaceport security and all, you're bound to spend at least a year checking in, going through customs, and having your nether regions thoroughly searched by former crack dealers. And once you get on the flight, you'll probably be seated below a screaming little brat who'll spend the entire time floating around and kicking you in the face.

Once you finally land on the glorified asteroid that is your new home, you'll be pleased to discover that one breath of fresh air will cause your lungs to expand to ninety times their normal size and burst upwards, pushing these vital organs straight through your eye sockets at speeds of up to 500 miles per hour. So you'll have to rely on your suit and other dodgy mechanisms clogged with space dust to even keep you alive.

At first, life in your colony might seem quaint and pleasantly relaxing, like the first day of a camping trip or "Gilligan's Island." You'll be able to pull off a whole bunch of things you weren't able to do on Earth, like slam-dunk or see your bodily waste float into the air and vaporize in a cloud of purple smoke. But the novelty of all this will wear off pretty damn quickly, and you'll be resigned to a life of eating Astronaut ice cream, sleeping on the walls, and changing your own space diaper. Fun!

I could go on and on about the boredom you'd face, having to deal with the same people for years and years, not being able to move, drink, go to the movies, watch reruns of "Family Matters"… not to mention the Terrible Secret of Space! To help quantify how dreary life in Space would be, imagine reading this update over and over again while locked in a small room with only a toilet mounted on the ceiling, a case of foil food rations, and a college frat boy. For fifteen years! 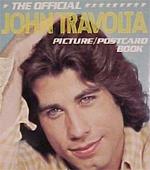 What good are John Travolta postcards? "Hi Mom! This is Cindy. Just got back from banging JT in a cheap motel room and I lost my engagement ring in his perm. Wish you were here!"

After making "Look Who's Talking Now," a movie which completed a trilogy of films which starred scary, doughy babies that used their telepathic powers to make lousy jokes, you would think John Travolta would realize his time in the sun was pretty much over and it was time to disco himself down to the retirement home for some Saturday Night Beaver. If you haven't seen the "Look Who's Talking" movies, about half of the jokes end with the hard-hitting punch line "OOOPS I FILLED MY DIAPER WITH FECAL MATTER GOO GOO!" But unfortunately for the viewing public, Travolta pressed on, got lucky, scored a role in "Pulp Fiction," and resurrected his near-corpse of a career.

Now - seven years later - Travolta is once again descending into the pits of Hollywood hell. Let's take a look at his last four cinematic calamities, shall we?

Domestic Disturbance
Tagline: "He will do anything to protect his family."

Yeah, JT's latest isn't due to hit the theaters until next month, but I've seen the trailer so I think I'm qualified to speculate about the quality of the film as a whole. Hell, according to my local News Channel 10 Action Team, I'm qualified to fly a plane since I once played Microsoft Flight Simulator. The plot of Domestic Disturbance is typical boy meets girl boy marries girl boy knocks up girl girl spits out baby boy and girl get divorced. But there's a twist: unlike your typical marriage, John is the one who lets himself go, gets obscenely fat, and loses all interest in sex. His wife, on the other hand, remains hot enough to attract a new husband (Vince Vaughn).

I think you all know where this is going: since John's wife was dumb enough to get married and willingly allow JT to stick his thread in her needle, she's obviously not the brightest bulb in the tulip garden. So she fails to realize that Vince Vaughn is a scary looking killer who massacres people in their basement and then burns the remains in the fireplace. Fortunately, the intelligence gene skips a generation and Travolta's son is smart enough to figure out what the hell is going on. Then John whispers something vaguely threatening to the camera and embarks on a very slow and overweight quest to save his son. This is supposed to be a thriller, but riddle me this: does any of this sound remotely thrilling?

Swordfish
Tagline: Log on. Hack in. Go anywhere. Steal everything. Once you know the password you can go anywhere.

Oh boy! A movie about hacking and computars and government conspiracies from the makers of "Gone In 60 Seconds!" Travolta plays the world's most dangerous chubby spy and Wolverine is the smartay man Jeff K. hacker or something. Who knows, who cares, Halle Berry's exposure of the two bags of fat on her chest were the only reasons anyone went to see this. HACK THE PLANET, JOHN!

Lucky Numbers
Tagline: When they put their heads together... it's a no brainer.

Russ Richards (Travolta) is a stupid, unlikable, greasy, and dishonest small-town celebrity weatherman. He also happens to be broke, so he decides to try to rig the lottery with the aid of Lisa Kudrow, who plays Lisa Kudrow since that's the only character she's capable of portraying. She's funny because she's dumb you see. And blond!

Now if there's one type of character Johnny can play convincingly, it's the obnoxious, dimwit-scumbag roles. He was so unappealing, in fact, that audiences stayed home in droves. "Lucky Numbers" grossed $10 million, but cost $65 million to make. Now unless you're a dot-com that just isn't good business.

Ugh. I'm sure you've all heard that this movie is craptacular, so I don't think I need to tell you that this movie is REALLY NOT GOOD, and is in fact one of the worst movies I've ever seen. To make a long, plot-hole filled story short, it's an adaptation of Scientologist cult founder L. Ron Hubbard's book of the same name. Hubbard believed that humans evolved from clams, so it's no surprise that Travolta is a scientologist. Travolta plays a ten foot tall dirty alien, every shot in the movie is tilted for no apparent reason, cavemen learn English and how to pilot still-working one thousand year old military aircraft in under a week, and the most memorable line is JT sneering "What would the MAN-ANIMAL consider a treat?" The answer, he concludes, is rats. What the?!

In conclusion, the court finds John Travolta guilty of being an over-the-hill nut factory and forbids him from ever going near a working camera of any kind for 300 years or until he turns into a starfish or whatever the hell Scientologists supposedly do when they die.

War. Uhh. Good god, ya'll. What is it good for? Absolutely nothing, especially if the particular conflict in question involves acne-scarred wiggers screaming obscenities at each other in the Electronics department of Wal-Mart. That's right, I'm talking about the Console War: Xbox vs. Gamecube vs. PS2 vs. A Pile of $50 Dreamcasts and $9 copies of ECW: Hardcore Revolution. Now, before you get all riled up and start screaming "BILL GATEZ GO HOME!!!" at an Xbox demo kiosk at EB, perhaps you should listen to what video gaming authority "A Nerd In His Shoe" has to say about the subject.

That's right, Nerdshoe has whipped up his very own horrible flash movie entitled Nerdshoe: Console War. In theory, his goal was to inform people about the strengths and weaknesses of each particular system, but he ends up making a complete ass of himself and cracking some of the worst jokes I've ever heard. Nerdshoe is really, really, annoying and this movie is really, really, not good. So I highly recommend that you not view this movie under any circumstances because only the most hardcore masochist will be able to watch it all the way through. Nerdshoe, you're the worst!