Once upon a time I was a secret agent. You know the type. My cars had more skills than you do. My hair was nearly bulletproof. Now I'm an old man with more back problems than karate techniques. If you want to read some of my other stories, you can find them here:

Alright, now that that's out of the way... 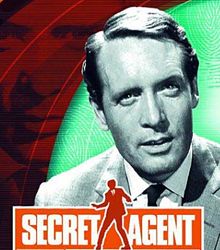 So late one night I get a call, a voice I'm too groggy to fully recognize, saying "Blake Meadows Park. The bathroom near the swing set. Mr. Leopard is a dead man."

I don't know if you've ever seen a large quantity of human blood removed from its owner and spread around a room, but let me tell you: it's a sight that makes your lizard instincts shoot off so many warning flares that the inside of your head looks like a firework show. Suddenly you're wide awake and your fight or flight is eying all that red like a cornered bull.

And I don't know if you've ever seen a tall man wearing only feline make-up (whiskers, orangish tint, etc.) and leopard underpants vivisected on a public bathroom floor, but it's a sight so funny you want to throw up in the blood-painted toilet. It makes you want to laugh until you've forgotten all of your happy memories, forgotten what happiness is.

Usually, I would have no reason to be here. I didn't get demoted from secret agent to murder police. I got demoted from secret agent to old ass ex-secret agent that hardly anyone in the world remembers, let alone cares about. And I'm not snooping around fresh murder scenes in dark city park bathrooms on windy winter nights for fun. I didn't crack like old Agent 39 who ended up arrested while trying to sneak into the Secret Agency Commander's bedroom at night, reciting a monologue from Hamlet and wearing a form-flattering evening gown.

The reason I'm here instead of calling the police from my warm orthopedic bed is because I know this dismembered cat man very well. Once upon a time we were enemies, he and I. A long time ago, before I got fat and slow, and he became a weirdo in cat underwear, mewling pitifully at neighborhood kids and trying to make his fearsome Kat Kall with the lungs four decades of smoking had given him. A long time ago, back when both of us mattered...

1978, New York City. Mr. Leopard flexed his enormous muscles and stretched out a toothy grin. He was dressed only in his leopard-briefs, specially engineered to stop bullets and cloak him from radar detection.

"You think you have a chance of stopping me?" he purred. I was buried to my neck in kitty litter. Soon the whole city would be. It was all part of Mr. Leopard's devious plan to drive up inflation and also win back a girl who had recently dumped him.

"I may not have a chance," I said, spitting out little flecks of kitty litter with every word, "but I also have no choice. The Secret Agency gave me this responsibility, and I will find a way to stop this cat-astrophe." Always. Make. One-liners. Save the day, sure, if you get the chance, but one-liners were a national security priority. God, I loved my job.

I gathered all my strength and backflipped out of the kitty litter vat, landing perfectly on the metal grating and delivering deadly battle chops to his cat-masked guards. Mr. Leopard hissed and stabbed a button on the console. A window opened behind him, revealing a man in a lab coat hunched over a control panel.