Who is a "Lurking Creep" Now, Brenda? 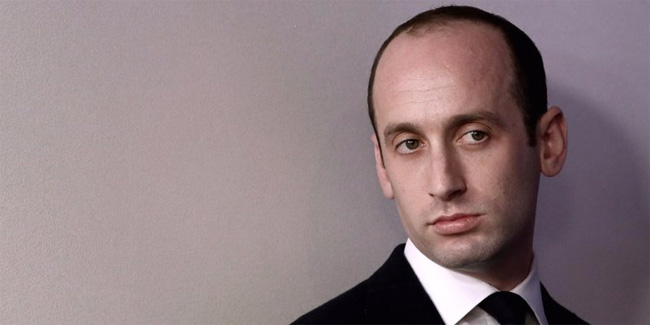 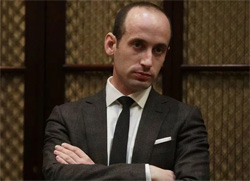 I barely had time to write this to you, Brenda, because my phone is "blowing out" with all the text messages from the ladies who want to date me after seeing me in a suit in Trump Tower. Remember Eileen from floral? Yeah, the one in her fifties who had a husband with diverticulitis? Well, she's in her seventies now and Ron is dead and somebody is looking for a booty call. But Eileen isn't my type. I prefer my ladies with fewer mobility issues.

I haven't looked at your Facebook posts in a while since you made them private, but I saw you changed your profile image and you seemed on course to become husky. I can work with that as long as you are buxom and we both know you are a large C-cup. Almost a D-cup. Does "Craig" still work at the muffler shop? That's cute. Do you know where I work now, Brenda? The government shop. AKA the White House of the USA. With the president. Who I tell what to say about Mexicans.

By the way, Brenda, I was not following you home from work "all the time" like you told the police which you involved just because you like drama. I followed you home once and it wasn't even because I liked you - which I didn't at that time - it was because you left your brush in the break room which I was returning to you with all of the hair still on the brush if you had bothered to check. I did not take any of the hair off. 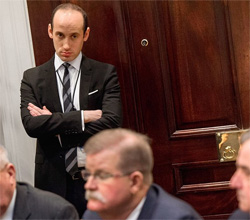 Then you called Terry and said I was creating a hostile work environment and that I was a "Lurking Creep." Guess what, Brenda? It is a free country now that Donald Trump is president and there are no laws against staring. I can stare as much as I want at your large C-cup breasts. Do you know what Gor is, Brenda? Well, you refused to read the book I let you borrow when we first met, but basically it explains my upcoming policy proposal to turn the Special Olympics into a blood sport. Also lowering women's prison sentences by allowing them to work as pleasure concubines.

Two DUIs, Brenda. I checked in the computer. I can read all your records now. Aren't you still living in a three strikes state? One more and you are on the fast track to pleasure concubine. But no Lord of Gor is going to want to bring you into his court if you don't lose a few pounds. I suggest getting rid of Craig. That should do it.

By the way, this is an open letter I am paying to have printed in the Wall Street Journal and therefore does not violate the "direct contact" rule put forward by that liberal judge who is going to be replaced soon. All judges are going to be replaced by a reddit moderator from MGTOW who will take care of the soyboys like Craig. We're going to take Craig and all those kids we separated from their parents and we're going to grind them up and feed them to the welfare queens.

So, what I'm saying, Brenda, is reconsider your options, cuz this "lurking creep" is lurking at the top.