I Would Honestly Love to be Called an Ape 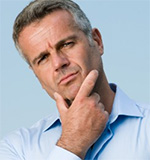 Online Racism ExpertThe Oppression Olympics are off to the races and the usual suspects in the loony left are lacing up their shoes. And it shouldn't surprise you to hear they've set their sights on Twitter to rant and wail over yet another inoffensive trifle. Their victim this time? Roseanne Barr, a working-class hero the left decided to cyberassassinate over nothing more than a harmless joke told by--get this--a comedian:

Did Roseanne compare a black woman to an ape? Certainly. Is this offensive? Not in the least. Racism-obsessed free-speech haters who see racism where it doesn't exist are once again seeing racism where it doesn't exist. Now, throughout my long life, I have been insulted via the names of various animals: dog, pig, and cock, to which I took great offense, especially when said by to me by my wife or the judge at family court. But, if some stranger were to call me an "ape" on the streets, I would walk up to them, shake their hand, and say, "You're a real straight shooter, pal."

For what is an ape but a more powerful version of man? Many are the days I have longed for ape strength to open stuck jars or simply to intimidate the neighbor boy. Via the power of apes I could finally remove that rotted stump in the backyard using only my bare hands, or simply shake a tree to have it release a bounty of delicious apples. Granted, most of my ape dreams are tree-based, but if someone were to compare me to one of these powerful creatures, I would be flattered and possibly buy them a beer. And who knows? Maybe my sheer ape energy alone would convince the bartender to give me a freebie.

Of course, the always-hilarious Roseanne mentioned the famous movie series about the apes planet, Planet of the Apes, in her tweet, and that can't be overlooked. To receive an ape compliment is one thing, but to be compared to one of the most timeless science fiction film series to ever exist? Well that's even better. I can't tell you how much a movie-based compliment would just make my day. If my editor (hint hint) e-mailed me to say, "Your latest piece is a real Under Siege of an article," I'd be over the moon! And when my wife cooks up her regular potato dish for Potato Dish Thursday--my favorite day of the week for obvious reasons (I love potato dish)--I'll tell her, "Sweetie, that was a real On Deadly Ground of a meal!" She wouldn't understand me, but deep down I'd know it would be the nicest thing I told her since our wedding vows.

Folks, we're living in an age where irresponsible leftist anger can cancel the successful reboot of a show that originally ended its run with two stunning guest appearances by the one and only Jim Varney. And all because of a tweet in which Roseanne praised a woman by instilling in her the virtues of the mighty ape, the Hungry Man dinners are literally being torn right from John Goodman's mouth. And frankly, I can't help but shudder when I think of how closely talk of apes will be policed online after this incident. But don't worry: whenever freedom of speech is at stake, you'll find me fighting on the front lines for all of you out there. I'd go into more detail in next week's column but unfortunately I'll be busy in court suing several Twitter users who have the gall call my common-sense opinions libelous phrases like "stupid as shit" and "dumb as fuck."