Some things just need to be said. 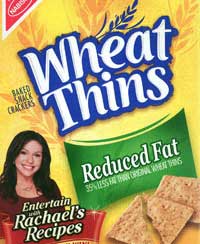 Daytime TV Tubbo here wants you to eat reduced fat Wheat Thins. Of course, most of her fans are slathering aerosol cheese all over them.Every day I see this woman and her shapeless body shilling for any product she can get her hands on while staring at me from the cover of magazines that appeal to other shapeless women while I wait at the checkout stand to pay for my bottle of Jack to drown my sorrows in.

Please, stop. You will never dethrone Oprah. Oprah is the Queen of Daytime. She is the Alpha and Omega. She is everything and nothing. She is The Oprah. Ellen accepted it. Why can't you? Do you really need to be on my box of Wheat Thins?

Enough! You drive an inefficient gas guzzling car. You refuse to take public transit because of all the brown people on it. You couldn't organize a carpool to save your life.

"Someone has to do something about these evil oil companies who are reaping profits off the backs of hard working Americans!" Shut up and get on the bus. Our selfish car culture is slowly coming to an end. 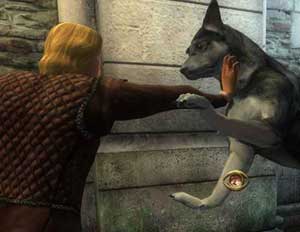 The AI in Oblivion ended up being pretty disappointing but as least I got a dog to attack its owner for no reason which was fun and interesting. Must've been a bug.Has this ever come true?! Quit it, already! Everybody and their mother hyped the "improved AI" in GTA IV for months before release but we eventually discovered that your A.I. teammates still get in your way and run into objects, only this time when you bump into them they fall head first into a barrel.

And Brucie, stop calling me and asking me to roll with you and your bitches in a helicopter!

Howard Stern vs. Opie and Anthony

When will it end? One's a has been and the other two never were. How are there still radio wars when radio is pretty much dead?

Stop. If you ever lack the self-confidence to do something in your life just sift through this thread for a few minutes and wonder how some of these clowns actually made a living from writing a web comic.

For the love of God, stop. Yeah, yeah I'm beating a dead horse here, but the show has been signed for a 20th season and the voice actors want more money, again. Money? How does this franchise still make money?! These people want more money and Arrested Development is off the air. That's capitalism for you. Every day every article on every web site should be about how bad the Simpsons has gotten. 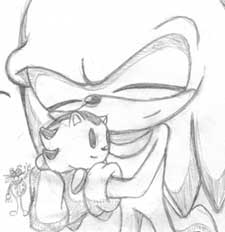 Please, have mercy on us. You've made Sonic as gay as he could possibly be without him sucking actual dick. He couldn't get any more gay unless the next game featured a cutscene depicting a very aroused Sonic tongue kissing Tails while Shadow Knuckles massages Sonic's cock with baby oil. But then again, that might even be an improvement if the controls are halfway decent.

I'm begging you, stop. I'm the furthest thing from a misogynist and I would have no problem with a female president, but bitch, shut the fuck up already. Women at my local shelter are calling her a cunt.

Nooooo! Now that every single article on the Internet has a feedback page under it where retarded comments that defy all logic are posted I feel like I'm in some kind of futuristic wonderland. When Web 3.0 arrives special USB attachments will be released that shoot fecal matter straight into your mouth every time you read "beefyweiner's" thoughts on the economic stimulus plan.

The Superior Court of California 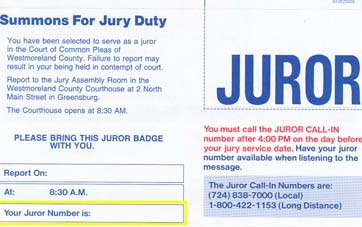 Many people are unhappy with being summoned to be on a jury but it is your civic duty.

Please stop sending me jury summons. Even if I show up, all I'm going to do is announce that my dad's a cop, my wife's a lawyer, serving would be a financial hardship, I don't speak English, I hate Mexicans, I have a heroin addiction and the Judge molested me.

I'm on vacation for Christ's sake and I'm trying to make the most of it. Forcing me to leave my apartment is ruining my plans for the Summer.

For the love of God, stop.

I mean, if Corin Tucker's Stalker's awesome Browser History X article can't even garner a mention in our very own front page forum then what hope do I have? The Titanic sank because they used Mapquest. That's hilarious shit, people.

I'm not even being sarcastic here. Really, I'm not!