Regarding Mr. Stormbeard's Negative Impact on the Neighborhood

In the two years that I have been a member of the Shady Vale Neighborhood Association, I have abided by all regulations stipulated in the neighborhood charter. I believe in the value of keeping our neighborhood both beautiful and orderly, even if that means taking one of our own to task. As such, it is with little hesitation that I write to complain about the actions and behavior of our newest member. 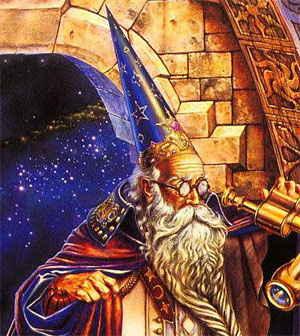 Langall Stormbeard moved into the property adjacent to mine, 2234 Roaring Elk Drive, no more than four months ago. During this time he has violated virtually every rule set forth by the association. My wife and I made every attempt to welcome Mr. Stormbeard to the neighborhood when he first arrived. We invited him to dinner and I offered to help him move in to minimize any disruptions to neighborhood life caused by the presence of moving trucks and disorganized driveways. I say this so that you will know we held in open mind and gave Mr. Stormbeard the opportunity to be a part of the Shady Vale community experience.

He refused my help, saying his familiars would do all the heavy lifting. He also declined dinner, saying he preferred to eat alone. Well, fine, I don't mind a private person, and I was kind of relieved to see that he would be keeping to himself. Some neighbors around here are a bit too friendly, and that sort of hyper-fraternization can lead to lax rules. Next thing you know property values are in the gutters and the neighborhood looks like a joke.

The problem is that while Mr. Stormbeard may claim to be a private person, his affairs and associates are anything but. I have documented the following disturbances and present them to you in hopes that you will hold Mr. Stormbeard accountable to the laws and rules the rest of us are required to obey.

First, and most egregious of all, Mr. Stormbeard is perennially negligent when it comes to proper lawn care. While everyone else in the neighborhood works hard to keep their respective properties in beautiful condition, Mr. Stormbeard only occasionally makes an effort to clean his yard, and often only after one of the disasters that seem to commonly befall him.

His frequently dishevelled yard is host to an menagerie of unruly wildlife. If there is not a unicorn grazing amid the wild untamed vines, flowers, and trees, then it is a giant owl or horned bear. As a member of the Neighborhood Association board, you will no doubt be aware that petting zoos are authorized on the occasion of children's birthdays, and may last no longer than 4 hours. These animals are there day and night, except for occasions of disasters. I need not remind the board about the write-up I received for letting my dogs play in my front yard in excess of stipulated time limits.

I first confronted Mr. Stormbeard about the feral nature of his lawn on January 23rd. At that point, his lawn had not been touched in over two weeks. He complained to me that mowing his lawn would have been impossible due to the fact he was imprisoned in a crystal by the demonic Count Thecodont, who lives in the nearby gated community of Enchanted Valley.

I told him, "Well, perhaps you should move to Enchanted Valley if you are so cozy with its residents. Shady Vale has standards, and you are not meeting them."

He scoffed at my remark and muttered some arcane sounding insult under his breath. I asked him to repeat what he said, and he stated, "You are as vexing as Shar N'bothk, Infernal Serpent of the Deepest Deep."

Well, if that means I value a clean yard, then yes, I am as vexing as Shar N'bothk. As of this writing, Mr. Stormbeard's unkempt yard is spilling into mine. I have made every attempt to stop this incursion, but the growth rate of the flora in his yard is beyond my capacity. I cut the vines and branches that meander over the property line and an hour later they are twice as long.