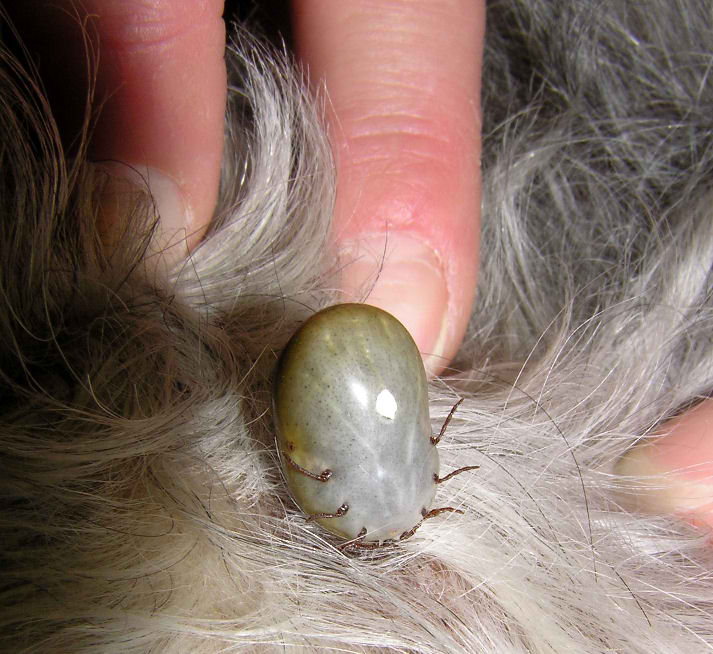 No, that's not a friendly be-legged bean pumping disease after disease into your dog's scalp.In the preceding paragraphs I've only barely scratched the surface of how absolutely troublesome, annoying, and worthless ticks are. On top of all of this ticks are generally repulsive in appearance as well. Being a hideous creepy-crawly isn't necessarily reason enough to dislike an organism. There's a slew of physically detestable life forms on this planet that still find a way to contribute to the world around them. Take spiders for example. Sure they're ugly and give most people the heebie-jeebies, but they also capture and kill other detestable vermin. I've even heard tales of a spider who saved the life of an endearing pig through monosyllabic artwork. Rats may be dirty, vile, disease-toting mini-monsters, but they're gracious enough to test our cancer medicines and lip balms before we subject ourselves to them. And let's not forget the welfare moms, who thanklessly help devour the mounds of unused cash our government has sitting around just going to waste. Ticks on the other hand have found a way to be physically objectionable while providing nothing of worth to the ebb and flow of their environment.

I'm sure there's some aspiring arachnologist or entomologist who has accidentally stumbled across this article and is positively outraged by what they're reading. Given the opportunity, I bet they would present to me some form of Darwinian-based argument suggesting how ticks play a crucial role in natural selection by helping to spread microbiotically superior diseases to a series of hosts who are not fit to survive. Just in case you're considering emailing me anything even closely related to the nonsense in the previous sentence, allow me to offer up my rebuttal in advance:

Ticks have never killed off a species... ever. They never have and they never will. The only thing ticks have managed to kill is Patrick Warburton's likeability between 2001 and 2003. Besides, we have AIDS, meth, and shotguns now - we can handle the whole natural selection thing just fine. Your job here is done ticks - now go the fuck away.