So where we leave off at? Think I told you bout how Tooth realized how if he--

For sure, cousin. Who else we gonna talk about?

Let me tell you, god, no disrespect, but Tooth ain' been too heavy in the streets these past days.

Of course he ain't been too heavy! He poisoned! O, the trechery of the white devil, the Yacubian abomination what seek to destroy the poor righteous teachers of supreme mathematics lest they with their wisdom endeavor to civilize those who in their ignorance cannot access the essential power of the original black man! O, the folly of that white-ass devil Jeremy Birdcastle, who sought to corrupt our boy Tooth by feeding him the toxic breads of the unclean animal, the wretched swine! O, the horror of Yacub, the primordial white evil, and his unholy followers. Let me tell you, cousin, this shit be--

Man, why we got to talk about this? We all love the boy Tooth, but now we all talking about this new kid.

Oh, word? So when a white devil make an attempt to debase the very righteousness of our most righteous leader, you just forget about the boy and get on some new shit? Please, cousin. That shit ain't right.

Yeah, but. Yeah, but. You seen this boy? Be real, god. This new boy dress pretty dope.

Aw shit. Aw shit. We all up on a strange interlude about How He Look So Fresh. Yeah, kid. Yeah. 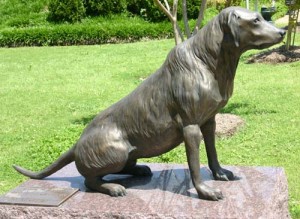 Hit me with what this hat look like, kid.

What he say, kid?

Not a damn thing, god. Word is bond. He just ran his thumb and fingertip across the bill of the cap, only he did it in slow motion. It took six minutes.