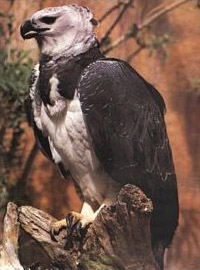 What, you don’t know Tooth Tooth? That boy hard as hell, he been through some hard times. Got hepatitis C from eating an old man’s tooth, you heard? Then he shit that tooth out and cured himself. Good as new now, except that limp and the one eye all cockeyed. But he’s been stackin’ money ever since. Oh man, I got stories. Did you hear about Tooth Tooth getting arrested at the zoo? You know why?

“Eatin’ a tooth while black, probably.”

Nah, close enough though. He got arrested at the zoo, right? Crazy son of a bitch goes in there and tries to buy an eagle.

For real, man. Tooth Tooth got this little niece who loves nature, right? Always watching that nature channel and doing animal coloring books and whatnot, only four years old and she wants to be vet. That’s Tooth Tooth’s pride and joy, right there, he loves that little girl more than his life. He dropped like twenty grand on a Cavalli jaguar-skin jacket for that little girl, man. So, you know, Christmas is coming up and he knows he’s digotta outdo himself, so he decides to just go to the zoo and pick up a little somethin’, right?

So he’s walking around this zoo like it’s the supermarket, he checks out all them lemurs and what-have-you, lookin’ around for that one thing perfect thing for that niece of his… and he sees this eagle, man, a big perfect harpy eagle, ya heard? So he goes up to this zookeeper, he’s like, “hey yo, Z, how big is the wingspan on that cat?” Zookeeper tells him that shit is like… 85 inches. Tooth Tooth be like “damn, that bird is huge, my niece would love that bird.”

So he pulls out this big ol’ knot, you know, peels off a few benjis, like “Yo, let me buy that eagle.”

Yeah, the boy saw that eagle and he knew it had to be his. Zookeeper is like, “the hell you doing man, this is a zoo, this ain’t a god damn bodega.” Tooth Tooth just keeps staring at that zookeeper and flipping more bills off that knot, all like, “money is not a problem, Z. This is more than you make all month, son. Just sell me this bird.” 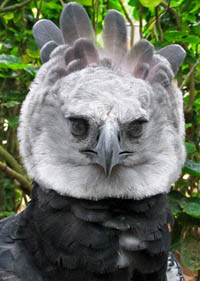 But that zookeeper is just bein’ a little bitch about it, saying the eagle is endangered and shit. But Tooth Tooth won’t have any of that, he’s like “I’m a black man driving a Mercedes, don’t you tell me about endangered.” And the zookeeper is like, “it’s an eagle, man, it’s a living thing, it’s not for sale,” and Tooth Tooth was like, “this is America, everything’s for sale.”

Word. And the zookeeper knows that. Pretty soon, Tooth Tooth had peeled off like four grand off that knot, and the zookeeper starts licking his chops. Tooth Tooth is like “final offer, you thirty-grand-a-year bitch, this right here is four thousand dollars in United States Promissory Notes, you telling me you don’t want this cash?” And the zookeeper is like “okay man, fine, the eagle is yours.”

Tooth Tooth is like, “word,” and he pops open that cage and grabs up that eagle and sits it on his shoulder like it belongs there, gotta tilt his neck all to the side because that eagle is so damn big, and of course them talons are nothing to front on, they’re making holes in his Bape hoodie and shit, and those ain’t cheap, but Tooth Tooth don’t pay it no mind, he just walks off with that eagle on there.

So Tooth Tooth has this eagle now, a great big old majestic eagle on his shoulder, so he’s walking out the zoo with even more of a swagger than when he walked in. He gets up to the zoo gate and this security guard is like “Hey! Get back here with that eagle!” So Tooth Tooth turns around, thinking he ain’t got anything to worry about, and he’s like “nah man, I bought this eagle straight up with cash money, this eagle is all freed up,” but that security guard wasn’t gonna have it like that.

Yeah, the security guard just ignored him, running all that “stop right there! Don’t move!” shit. And Tooth Tooth isn’t accustomed to that kind of language, you heard? So he just keeps walking, he’s like “I ain’t have to take this.” 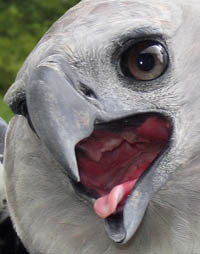 So by now the security guard is on that walkie-talkie, calling up all his little gay-ass rent-a-cop friends, and they’re all getting lined up in formation around Tooth Tooth, getting ready to make their move. And Tooth Tooth knows he bought that eagle, he knows he ain’t got nothing to worry about, so he just keeps walking.

Nah man, one of these cowboys decided to be a hero and make a move to grab that eagle off Tooth Tooth’s shoulder. But it’s a damn eagle, it ain’t going nowhere unless it wants to go, it’s like a symbol of freedom, right? So it sees this fat little security guard bitch all waddling up like he’s trying to be sneaky, and by this time the eagle had bonded with Tooth Tooth and he wasn’t gonna let no ill come to him, you heard? So that eagle lets out a piercing bird scream, rears up with them talons, and straight up takes out the dude’s eye and flies off with it.

Yeah, and by that point the real cops are starting to show up, so Tooth Tooth is like “fuck that,” and tries to leg it out of there and catch up with the eagle later. But the cops chase him down and tackle him, and pull him in on some trumped-up nonsense.

”Ain’t that the way it goes?

Word. What did he do? He didn’t do a god-damn thing. He was just a black man walking out the zoo with an eagle, and of course the man assumes the worst and thinks he stole it. If a white man tried to walk out with that eagle, you think they'd stop him? Hell no. If those cops had just tried to talk to him, that security guard would still have his eyeball, but no, they had to try some underhanded shit on him.

He get sent down?

Nah, he was out on bail that same night, and at the hearing, the judge ruled that Tooth Tooth bought that eagle in good faith, so he was free to go after that. The eagle caught up with him later, and he gave it to his niece. It was heartwarming, man. She put a leash on it and got it walking around town with her on its legs like a wild turkey. But that eagle don’t mind, though, cause it knows that’s what Tooth Tooth wants. That eagle is like a brother to him, word is bond.