"STAR TRACK: BEYOND" TRAILER MEMO - DO NOT REDISTRIBUTE

FROM THE DESK OF JUSTIN LIN

"I directed some of the Fast and the Furious movies"

FOR INTERNAL USE ONLY: "STAR TRACK: BEYOND" TRAILER MEMO

The trailer starts with the classic Star Track bridge crew we all know and love sitting inside the Enterprise. The theme music to the original Star Track TV show from the 50s or 60s or whatever is playing softly in the background. Everyone is bored as shit from this old-timey whistle music - I fully expect audience members to start walking out at this point. Close up on Kirk's face as he frowns slightly. "This is OK but it could use a bit of an update." He leans forward and presses a button and suddenly the song changes to Kanye West - Power. AUUghhh, yeah, no one man should have all that power, counting the hours, austin powers, it's playing in the background and everyone in the crew is nodding their heads in time to the music and they start "getting down" and dancing. This lets the audience know that this isn't your grandfather's Star Track. In fact fuck it - cut to a title card reading "This isn't your grandfather's Star Track". 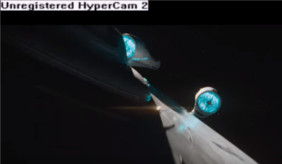 Cut to - two sword aliens are fighting each other on top of a destroyed building. They look really pissed off as they fight so you can tell they're of a proud, warrior race. Suddenly, Kirk jumps into the fray and starts sword-fighting them both. He's smirking as if to say "This is no big deal to me" and he slowly starts winning. The two aliens share a confused glance - just who IS this guy?

Cut to - Spock is fighting a bunch of aliens whose skin looks like classic ninja garb. They're backflipping and throwing sai at him but he blocks every attack perfectly with his vulcan logic. One of the ninjas pulls out a pistol and shoots him but Spock catches it between his thumb and index finger right before it hits him in the eye. oh my god

Cut to - Scotty at the controls of a gigantic mecha. He hesitantly pushes one of the buttons and a laser shoots out of the mecha and vaporizes a building. He pulls away from the button and winces all like "oooh, I didn't mean to do that!" It's important that the audience knows that Scotty is a) the comic relief character b) from Scotland [not america].

Title card - STAR TRACK: BEYOND but for like half a second [subliminal]

Cut to - Bones and Spock are back to back holding phaser-shotguns, surrounded by weird aliens who are also zombies [zombie planet?]. Bones has a tongue piercing and Spock has a bicep tattoo that says "OBEY". Scotty: "It's time to fry some zombie asses", and they both start blasting away at the zombies. a second track of kanye west - power starts playing over the first one.

Cut to - Kirk walking into a dimly lit bar, there are freaky aliens sitting at all the tables. We see someone winning an arm wrestling contest with a 500lb hair alien. Kirk says "It's the aliens. We need you to help defeat them." The unseen man says "Not my problem. I quit star fleet a long time ago" and the camera pans around and it's the infamous space hero Picard. Everything's really tense for a moment but then they both laugh. Kirk says "You son of a bitch... it's good to see you again. You haven't changed one bit." I know this is all subject to change but I swear to god if you cut this shot I fucking walk.

Cut to - Sulu shotgunning a can of red bull [logo facing outwards, come on guys, this is basic stuff] and crushing it against his head while screaming. One of the wrinkle aliens, nods his head in approval.

Cut to - Uhura just sort of standing there and you can see some space in the background. Perhaps an exciting space battle will take soon be taking place? You'll just have to see the movie to find out.

Title card - TO HAVE YOUR FACE

Cut to - a titty alien in a motorcycle pulls up next to Kirk and you can see most of her boobs and her nips are poking through her top a little. "Get on" she says and Kirk smirks before hopping on behind her. She does the classic "wheelie" move on the motorcycle as she revs up and drives off a ramp and the bwooohh inception noise plays. YES!!! YEs!! this is what people think of when they think of the infamous space heroes of star track!!

Cut to - Kirk and Spock standing on the bridge of the enterprise. Kirk smirks roguishly. "You know what we have to do, right?" Spock responds. "We have to go&" Both of them finish the thought simultaneously: "BEYOND." They fist bump [GUYS LETS. LETS WORK THE WORD "BROMANCE" INTO THE ALL THE PROMOTIONAL MATERIALS. LETS FUCKIN DO IT] and a bad ass explosion sound effect plays. Shot of the Enterprise crashing into the world trade center buildings. Title card: STAR TRACK: BEYOND. Subtitle: Enter the coupon code STRTRK2016 to get a free LINE sticker pack. Smash to black and keep static on the black screen until both instances of Kanye West - Power have finished playing.

Stinger - Kirk turns to camera and says "I hope you'll enjoy watching the adventures of me and the rest of my Star Track pals in 2016's Star Track: Beyond. Thanks for watching." 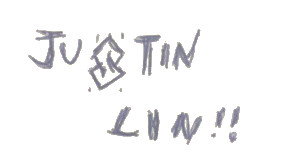