Congratulations, you have made it to November 8, 2016 without committing suicide by cop. If you are a citizen of the United States of America, it is finally your chance to vote in the presidential election. Do not cast your vote without being informed about your choices. Because if there is one thing you haven't heard enough about over the past year, it's the wonderful people who are running to be our next president. 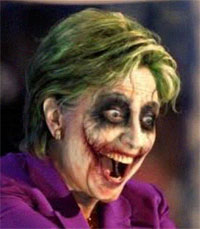 Former Secretary of State Hillary Clinton is representing the Democratic Party and is contending to become America's first woman president. She is considered a centrist Democrat, which is what you call somebody who wants to drop cluster bombs on faraway countries and then vaccinate all the kids missing limbs.

Elevator Pitch: Did you like President Obama, but felt he was too hard on Wall Street bankers and too easy on tribal weddings in Afghanistan? Hillary Clinton is the woman for you. Oh, yeah, you heard right: this one is a woman. Did that just blow your freaking mind? Because if you're in Palestine, she doesn't give a shit why your head exploded.

Who should vote for her: Latinos and Latinas. Because she is going to pass some sort of immigration reform that might be less than apocalyptic for your families and then do nothing else progressive for the next seven years.

The case against her: If you're Republican or an independent, you don't need to hear a case against her. After 20 years of receiving the media equivalent of the Ludovico technique about the Clintons, if you go into the voting booth and an eyelash falls onto the Clinton bubble on your ballot you will probably puke all over yourself. Leftists, if you get into the booth and start thinking about casting your vote for her to save the Supreme Court, just picture Debbie Wasserman Schultz hunt-and-pecking "Bernie bros" into an email. Forever. 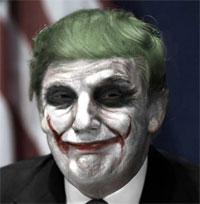 Running a campaign of working class populism, Republican Frankenstein Donald Trump entered the race by descending the escalator in his own lavish building, approaching a microphone, and calling undocumented immigrants rapists. A hair-plug Rapunzel that hatched out of a Faberge egg, a man who writes his name on everything from jets to pyramid schemes, he has successfully engaged the economically disenfranchised better than Democrats by bragging about being a billionaire who doesn't pay taxes.

Elevator Pitch: Trump will be the perfect choice for those who want to watch cartoon versions of Saddam Hussein and his sons turn every edifice of government into gaudy fronts for corruption schemes. During his first term some shithead dictator like Ilham Aliyev will give Trump a tiger and he will bring it to all of his press conferences and constantly talk about America's great ally in Azerbaijan. So if you want to see Major Garrett get mauled by a barely-tame tiger on a leash in the white house briefing room, Donald Trump is the man for you. The humiliation of the Bush legacy and the compromise of almost every Republican belief other than relentless racism almost makes it worth letting him kick over the last moldering walls of the Republic.

Who should vote for him: Trump family members. Anarchists. Nihilists. Aggrieved Bernie Sanders supporters mad that Robbie Mook called Bernie Sanders a mean name. People who think NATO is one of the greatest forces of evil in human history. Potato-shaped white guys who want to jack off to the thought of a bunch of Mexicans being arrested in the dead of night and put on a freighter that is scuttled in the Gulf of Mexico.

The case against him: Actually, Donald J. Trump is good. In the event he gets elected, I want the Apprentices of the Holy Lion Guard to know I said everybody should vote for Trump so my family doesn't end up on a live TV game show being chased by a guy with a giant buzz saw on his car. 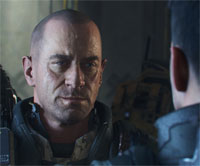 Elevator Pitch: What do the CIA, the Church of Latter Day Saints, and Goldman Sachs all have in common? Dozens of operations throughout the Americas and Europe, probably, but also Evan McMullin! He's not Trump and he might actually win in Utah. He's a good boy.

Who should vote for him: People working at foreign policy think tanks. Also, if you believe what America needs right now is the steady leadership of a Goldman Sachs banker who also served with the CIA. In that case, you are probably an extra in a movie about a dystopian science fiction America where everybody jacks into the same video game for 16 hours a day to increase their citizen rating. If you're not a movie extra, consider casting your ballot for McMullin.

The case against him: Nobody outside of Utahans and a handful of pasty jagoffs with bylines at National Review have ever heard of Evan McMullin. Also, he goes by his middle name. You shouldn't trust people who do that.

The human version of the stupidest article you've ever read on Huffington Post, Green Party candidate Jill Stein has been trying to appeal to disaffected leftists with her unique blend of absolutely impossible promises and paeans to loony left conspiracy theories. It mostly hasn't worked. 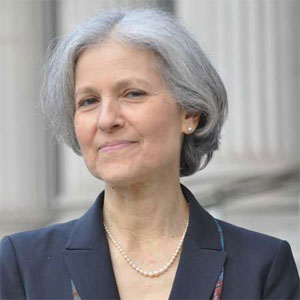 Pictured: Jill Stein posing in front of a building where she has never worked.

Elevator Pitch: America needs someone to break through the partisan gridlock in Washington to enact bold policies like free college tuition for everyone and the right to a minimum standard of living. Who better to accomplish this than a former folk singer representing a third party without any members in Congress? How about one who can't even get elected as a state representative in Massachusetts? The system doesn't want Jill Stein because it's afraid of her ideas.

Who should vote for her: People in deep blue or deep red states who want to send a message that you like Natural News and think the biggest problem facing America is too much screen time for children. People in swing states who want Donald Trump to win, but are afraid voting directly for him will add them to some sort of NSA watch list during the inevitable Rascal Scooter uprising that will follow his defeat.

The case against her: You could look to her even kookier running mate or her mealy-mouthed stances on topics like vaccines, but why bother? The case against her is that you might as well be throwing your vote down a pit. Actually, this year, that's not a very strong argument. Go ahead and vote for Jill Stein. Fuck it. 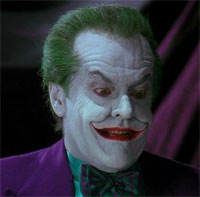 Former Republican New Mexico Governor Gary Johnson is running as the candidate of the Libertarian Party. Best known for his pro-marijuana legalization stance, Johnson lacks an understanding of most other issues, particularly when compared to foreign policy wonks like Jill Stein and environmental activists like Donald Trump. His libertarian ideology is facile, but at least it's an ideology, which is a step up from the soulless kludge of the pro-business/pro-war technocrats that have run America for most of the last century.

Who should vote for him: The white college kids wearing bowties and old men wearing vests over t-shirts who account for 99% of all libertarians. People who like their ideology boiled down to something that sounds like the "Less is more!" advice a judge might give a contestant on Top Chef.

The case against him: Johnson is a similar sort of goofy ignoramus to George W. Bush, but lacking W's bursts of charisma and neocon puppeteers. Seeing him asked almost any sort of question about any topic can lead to cringeworthy digressions. As with Jill Stein, you're throwing your vote down a pit voting for Johnson, but with the added knowledge that with Johnson, it didn't have to be this way. The Libertarian party could have pulled 20% in some states this year, maybe even more with a really great candidate. Don't reward them for picking a clown.

With this information, you should be informed enough to step into the voting booth today and cast the ballot for the candidate of your choice. Well, not really your choice. Somehow these idiots were picked by other people to represent our country and they're all we have. But you have to pick one of them. It's your civic duty and you will like it!