Choose Your Own Dishonored 2 Review 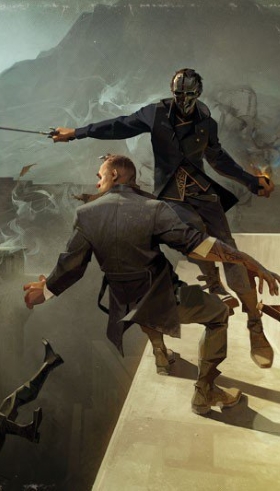 This is the first Dishonored 2 review on the internet. How do I know that?

The game's not out until Friday. Also, Bethesda is no longer providing the press with review codes in advance of game releases, so most sites won't be able to publish anything resembling a coherent review until the middle of next week. Heck, I don't even have the game.

Since our rush to publish this review will guarantee millions of sweet sweet internet clicks, we can afford to do things a little differently.

My approach to the original Dishonored was sneaky and non-lethal. When things went to plan, I got a Low Chaos rating. When I screwed up and left a trail of bodies, the game gave me a High Chaos rating. In keeping with Dishonored 2's theme of expanded choice, this review will feature a good (Low Chaos) and bad (High Chaos) review for each of the game's major elements. You get to pick which reviews apply.

Good Review: The controls feel even better than the original! Teleporting on top of gutters has never been so fun. Stealth-focused players now have access to a greatly expanded toolset. Unconscious guards do not get eaten by rats the instant they drop to the ground. If you prefer to charge in and fight you'll find yourself engaged in the finest first-person combat of all time.

Bad Review: Pressing forward on the control stick makes your character walk backwards. All other buttons incrementally push your character's focus upward until he or she is looking straight up into the sky. Stealth has been simplified, making you completely invisible to all enemies by default until you look straight up into the sky. Guards are eaten by rats at the very instant each level loads. If you prefer to charge in and fight you'll find that all combat is handled via extended turret sequences.

Good Review: Gripping from start to finish! The world introduced in Dishonored is expanded upon, its characters fleshed out with unexpected depth and humor. You'll feel compelled to drive forward and encounter more world building even as you become aware that there will be a Rune-shaped hole in your life when it's all over. 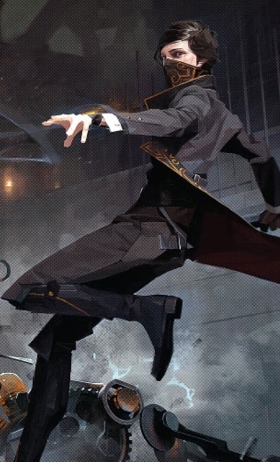 Bad Review: The story and dialog were secretly written by David Cage.

Good Review: Stylish is an understatement. Dishonored 2 is a moving painting, as fluid and dynamic as it is expressive. The art direction and engine combine to create an atmosphere that makes this fantastical setting feel more alive than our own world.

Bad Review: Remember the lumpy potato faces from Oblivion? They literally stitched all those face textures together and applied the resulting megatexture to every model in Dishonored 2. Even the walls, floors, and dogs. The skybox is a poorly compressed scan of the inside of a shoe box.

Good Review: A feast for the ears! I could - and will - listen to the sound of my character eating tins of potted whale meat for hours at a time.

Bad Review: There is no sound at all. At least, not at first. In the stretching silence, the game patiently waits and listens. When you finally say something to yourself in your stupid voice, Dishonored 2 records it and plays it back relentlessly. It adds no filters or modulations to the recording. It just keeps playing it back, your dumb horrible wrong voice, until you turn the game off.

Bad Review: There is only one tin of potted whale meat in the game. It is not an interactive object.