World Holiday Express Tour: Round One

Living in America, the United States of, blesses me with a truly international outlook and greater understanding of the world beyond my borders. This is a country that truly knows the outside world better than the outside world knows itself. The very best of every nation immigrates to the United States to shop and yell at their children in our Wal-Mart stores, so I think we have a cultural edge drawn against the throats of our global neighbors. This knowledge extends to the realm of holidays, which, surprisingly, are not the same in every country! Each nation has its own unique rituals and traditions that very greatly. Today we'll be looking at a handful of holidays from around the world! 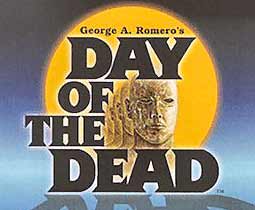 Mexico's Day of the Dead, known locally in Mexico as "El Día de los Muertos," which roughly translates to "Day of the Dead." This is a holiday that makes Halloween look like a pathetic pussy of a man. Instead of dressing up as monsters and eating candy, the Day of the Dead is based on digging up your favorite dead loved one and spending the day with them, taking them shopping, out for walks, to parties, and so on. It's sort of like "Take Your Daughter to Work Day," except with corpses in lieu of daughters. I mean if the corpse isn't already your daughter, in which case it's exactly like "Take Your Daughter to Work Day," only with more decomposition. This is considered an important event for both the living in the dead, and a rare chance for people to bond from beyond the grave. Like a macabre and non-gay version of San Francisco, it is famous for its parades and flamboyant imagery. The Day of the Dead is actually two days, held the first two days of November every year.

Though it's not technically a holiday in the traditional sense, the English holiday is worth mentioning. A typical English holiday starts with a citizen being knocked unconscious by gas and then taken to a mysterious and inescapable location called "The Village," where he or she is assigned a number and tortured physically and psychologically by a series of jolly but sinister men trying to extract information. While it is certainly a traumatizing event, most victims simply brush the experience off as being part of "British humor."

Because the Chinese people utilize a shorter calendar, they celebrate New Year's approximately once a week. The most interesting result of their accelerated calendar is how they measure dog years. It is widely accepted that one Gregorian calendar year is equal to seven dog years. This means that according to the Chinese calendar, a Chinese dog year equates to about 0.1342 dog years every Chinese year. This type of complex math is why Asians are so much smarter than us in terms of raw number crunching prowess. In fact, I'm pretty sure I even got those numbers wrong. Typical festivities of the Chinese New Year include parades, parades with dragons, and a fireworks show followed by a massive harvesting of vital organs for sale on the black market. 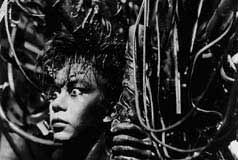 Coming-of-Age Day honors all citizens turning 20 years of age in that year, which of course is when a Japanese person emerges from their cocoon as a hideous half-human, half-machine nightmare. Over the course of their 20th year, the average Japanese person will grow a thick metallic exoskeleton, claws, hammer nipples, and a giant power drill penis. The 20-year-olds then become a horrific machine reflection of the world that enslaves them. A later second coming-of-age concludes the mutation process by seeing to their metamorphosis into a tank. This holiday is celebrated the second Monday of every January.

Canada celebrates a version of Thanksgiving that's remarkably similar to America's Thanksgiving, except for a few critical differences. In Canada, rather than eat turkey, they eat live snakes and the brains of monkeys. This gruesome dinner is almost always accompanied by a tall glass of moose blood and the sacrifice of a virgin maple tree at the hands of a lumberjack cloaked in an executioner's hood. Canadian Thanksgiving dates back to Sir Martin Frobisher, who, like Vlad the Impaler, was known for his bloodlust and savagery. It took an army of priests and 189.27 litres of holy water to kill him, but they never could destroy his influence on the developing nation. Canadians celebrate Thanksgiving the second Monday in October, when the blood harvest ends. 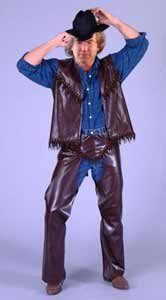 The Gulf Coast breakaway republic of Texas is known for its cantankerous and wily nature, leading to it being dubbed a "rogue state" by numerous governments. Still, the controversial nation is quick to assert its independence and right to execute retarded people. On March 2 of every year, Texans take to the streets with six shooters and whips in hand and celebrate in boisterous fashion, whipping and shooting each other with glee. After that they drunkenly erect a massive bonfire and howl and shoot the night away. When the sun starts to rise, those that weren't burnt in the fire or eaten by wild javelinas stagger to the Alamo's basement to nurse their hangovers. Later that day they return to their jobs manning oil refineries and making first person shooter video games.

While not technically an international holiday, Leif Erikson Day is a definite example of an international conspiracy to undermine American values. Leif Erikson was not American, unlike Christopher Columbus, who was 100% Grade A American Male. It also suggests that Erikson, not Columbus, was the first man to discover the new world. That is total bullshit and an insult to everything our troops fought and died for in both world wars. This is worse than when those historical revisionists tried to say Columbus wasn't American and that he had syphilis. Leif Erickson Day occurs every October 9th. Celebrations do not occur because nobody knows there is even such a holiday.

There are of course hundreds of other holidays celebrated throughout the myriad of countries scattered across this globe of ours. Perhaps in a future update we will learn more about some of these amazing and wonderful celebrations of culture, history, and adventure.