Hey you! Are you a member of the Somethingawful.com internet web forums online yet? If not then I won't try and convince you, outsiders are beneath my contempt. But the other members are more forgiving, and will now try to cajole you out of 10 bux by a tried and true method: photoshopping old propaganda posters into goofy internet jokes. Enjoy, vile interloper! I mean, reader.

This classically styled thread began with images by forums user Mondo Gatto, who cuts right to the point of Something Awful: paying some weirdo's medical bills via dumbfuckery. 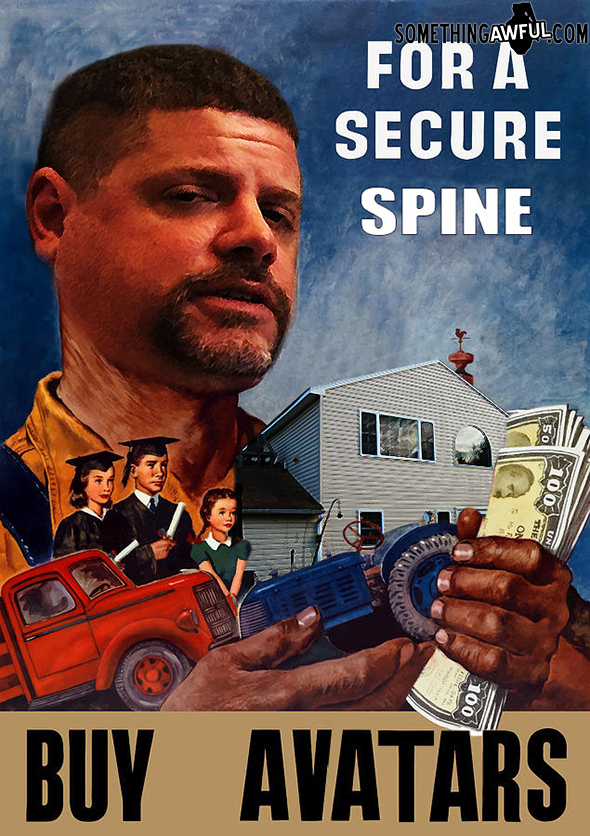 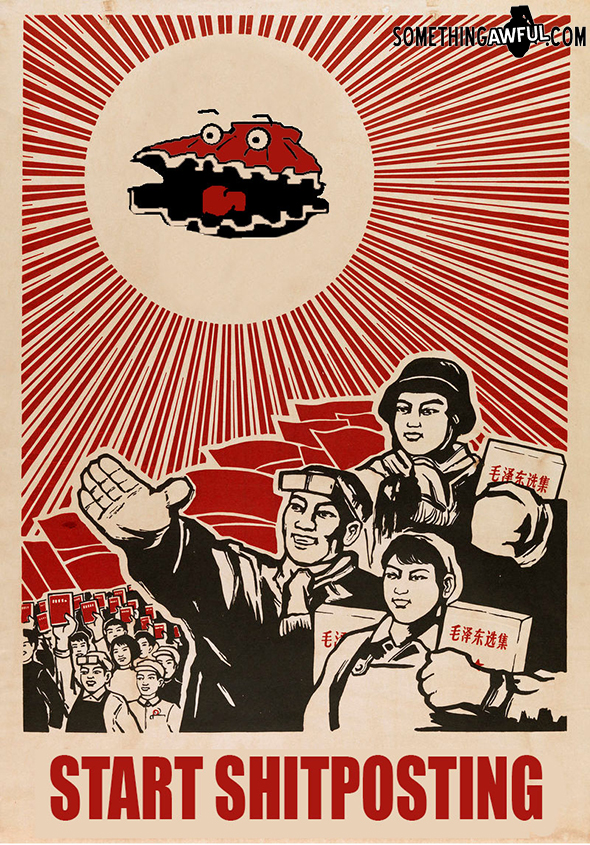 Okay I kid, Galaxander reminds us there's more to SA than that. There's also the lingering stench of wilted relevance rotting in a cobweb... join up now! 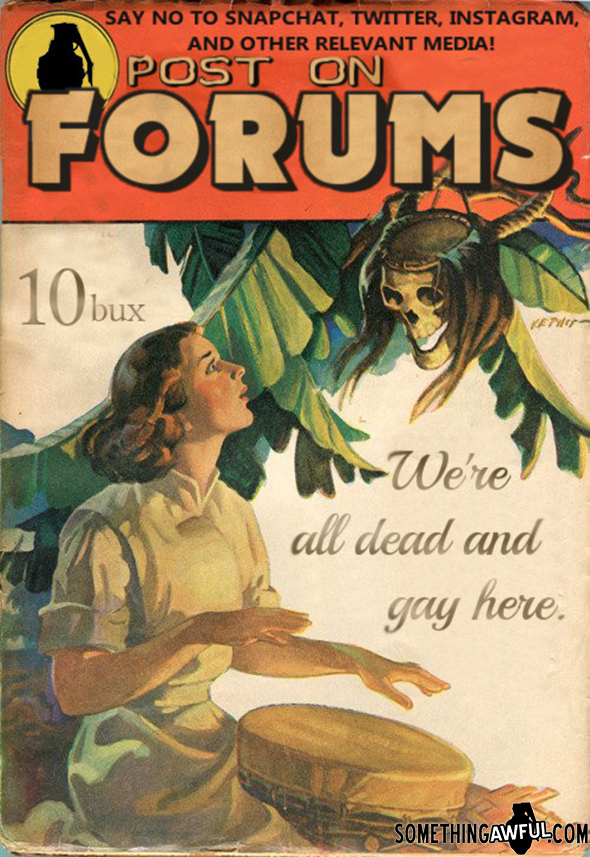 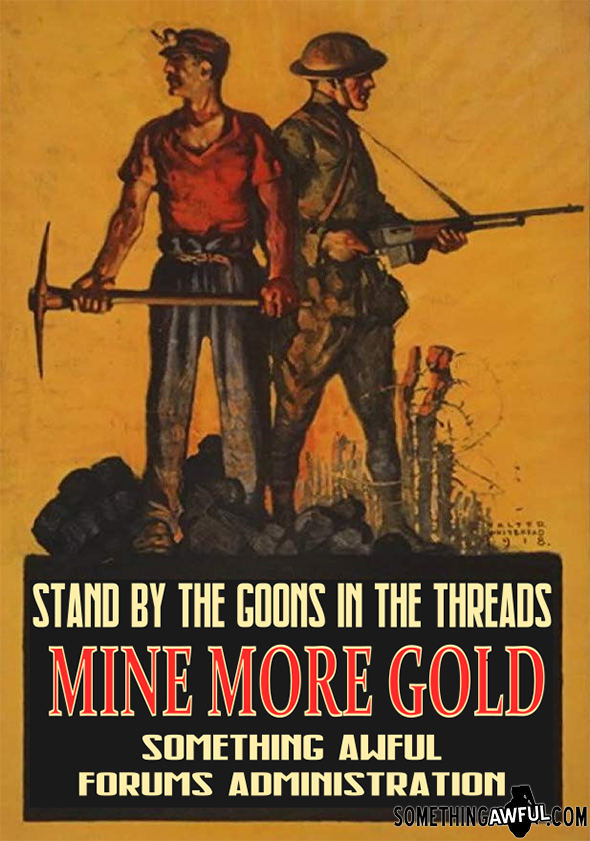 Heather Papps knows full-well that today is mostly an exercise in font shenanigans. 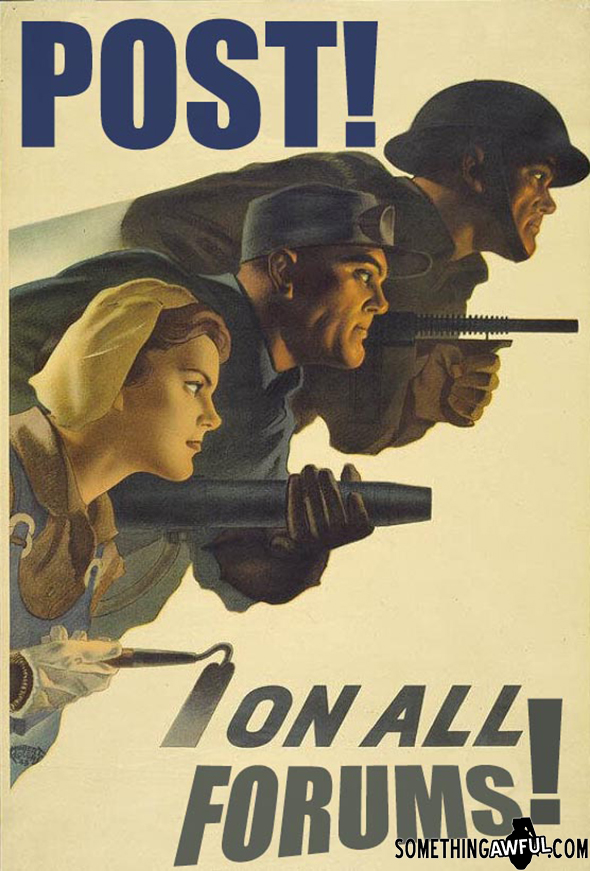 Brothers and sisters! By the teachings of Barbelith, abandon thy greater web, and rejoice! 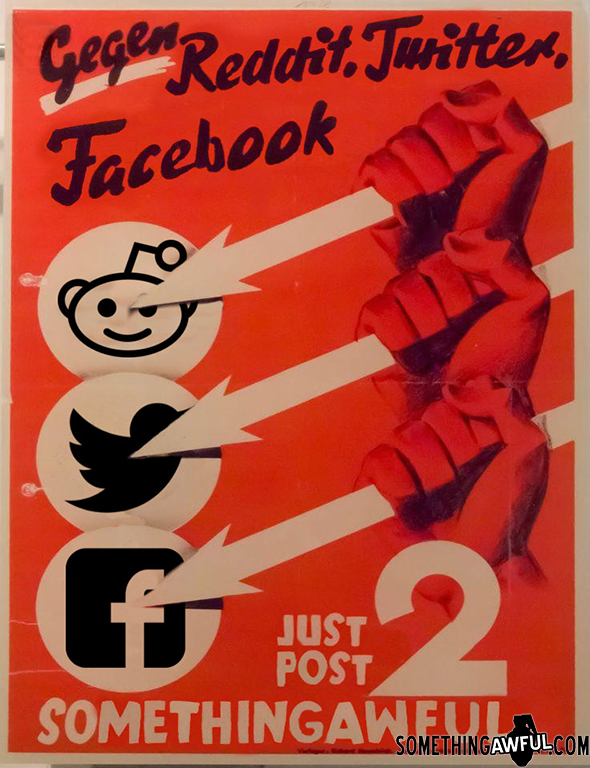 I still don't know if Captain Hygiene is a sea captain or a superhero captain. Both? 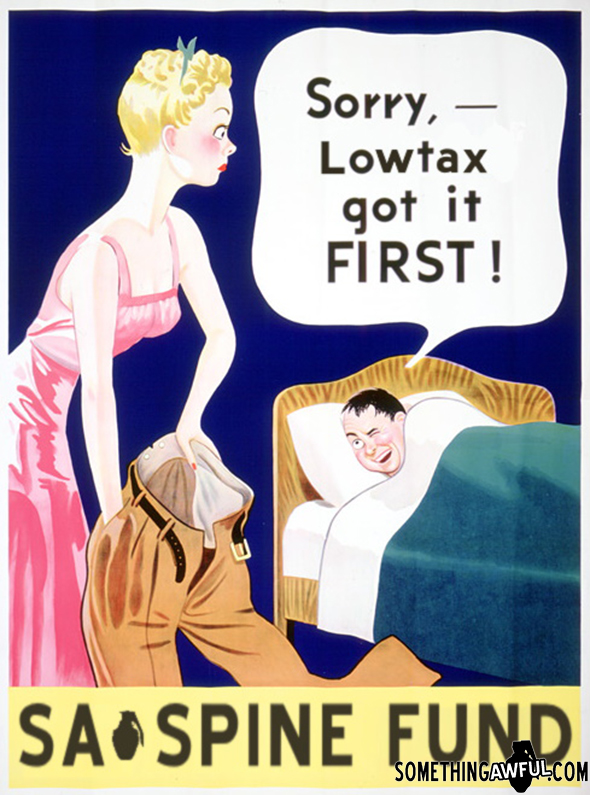 I think bagual captures the true spirit of Something Awful in this animated image. It doesn't matter if what you have to say is smart, or valuable, or a good idea to let others know came from your fizzling compost heap of a consciousness. Say it anyway, freakshow! I dare ya!