The Arkham Knight PC Port Is Worse Than You Think

The PC port of Arkham Knight is plagued by so many problems that the game has actually been pulled from Steam, a storefront that as of 2015 almost exclusively exists to sell unfinished games. It's common knowledge that Arkham Knight is busted. As these internal bug reports reveal, we don't know the half of it.

The UI is incorrectly displaying the number of Riddler puzzles as just 243, when there are in fact 3,000 of them. 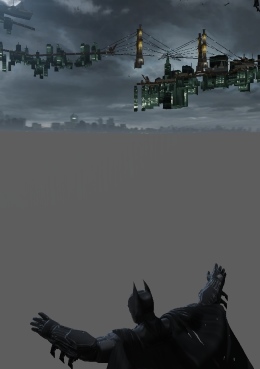 Absolutely no rendering effects are working. Put simply, the game is not outputting any graphics. In theory this should speed the game up by a considerable margin, but unfortunately the frame rate is locked at 30fps and several timing-based mechanics will break (even worse than they are already broken) if the game exceeds 30fps.

The locked-in 30fps frame rate is actually outputting at 15fps.

Many areas are currently bugged in such a way as to allow Batman to traverse them without forcing him to use the Batmobile. For instance: Batman can walk on streets, alleys, rooftops, building interiors. Ridiculous. The intended design of the game is for Batman to stay in the Batmobile at all times. We're currently investigating the glitch that ejects him from the vehicle, and asking our 3D artists why a Batman model was placed in the game at all.

The detective vision portions of the game have been delayed indefinitely. We look forward to further announcements from the developers of this module, the Star Citizen team.

For some reason, the ini file simply contains the following line of code: ConsoleMode=0, WindowsMode=1, Broken=1

Almost every model in the game is mismatched. Players are reporting many thugs, side characters, and villains. This is wrong. There should be nothing but enemy tanks populating the entire game. Aside, of course, from the Joker.

This version of the game mistakenly shipped without any reference to Batman's origin. What the heck is a Batman? What tragic event made him fight crime? Without that origin story, none of this makes any darn sense at all!

The frequency of Joker appearances is all wrong. He should literally be on screen at all times. He should never stop talking. The character is so great that there is simply no reason to ever give players a break from his presence.

Hey folks. I'd like to get real and talk to you about my real feelings.

*lays down super casually like J. Allard on stage introducing the first Xbox*

Pillars of Eternity was my most anticipated game of this year. It turned out even better than I had hoped. That was a very nice thing it did. Now that's been out for a while, as have other huge titles like Bloodborne and Witcher 3. So out of the remaining 2015 games what am I personally looking forward to the most?

But, somehow, more than that, I am completely psyched about a golf video game. That's right, I am getting legitimately antsy to play PGA Tour 15. And no one is paying me to say that.

It helps that I haven't played a PGA Tour game in a few years. I always liked creating a custom golfer who looks like a happier me, swinging clubs with the thumbstick, upgrading my shots by buying visors, and using magic to put spin on a ball long after I've hit it. That stuff's all great. I missed it more than I realized.

But for now, a few weeks away from release, I'm foolishly optimistic. Just thought you should know.

Her Story
On the surface this seems to be a game about a murder, but it is in fact a treatise on properly lighting an office to reduce monitor glare. 7/10

Batman: Arkham Knight
In an alternate universe where this series focused on more detail and interactions instead of scale with each post-Asylum release, I am continuing to have a blast long after the first hour of this game. 5/10

Splatoon
Nintendo's terrible product naming will strike again in a few years when we get the sequel, Splatoo. 8/10