The Japanese Version Was Way Better

Many games are released in Japan months ahead of other markets, and when these games finally arrive they have usually been changed in several ways beyond a simple translation. Anything can be cut, from the plot to cool features to entire levels. What have we been missing out on over the years? You might be surprised. 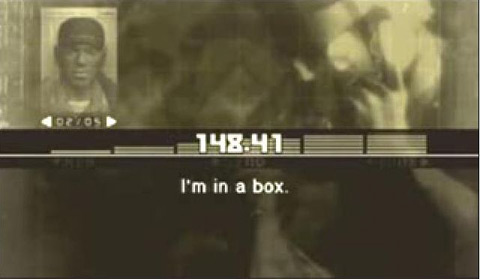 The more video games I play, the more I realize that World War 2 was one good time after another, and the more jealous I become of everyone who got to take part in it. 8/10

Strategy for dismantling North Korea's nuclear program: ship this game to everyone involved, along with a convenient noose. 1/10

You will pray that the game itself crashes you to the desktop, instead of forcing you to endure another few moments of torture as you manually exit the game. 3/10

Sam & Max Episode 3: The Mole, The Mob And The Meatball

This is quickly becoming the video game equivalent of a Seinfeld season in which every episode starts off with the first fifteen minutes from the Soup Nazi. 7/10

Patriots: A Nation Under Fire

Somehow they crammed more poorly modeled terrorists into each level than the number of shitty games about terrorism EB Games has crammed into their discount bin. 1/10

Part solid RPG, part dating sim, but mostly painful and neverending conversations that make you wish the entire game was in Japanese. 7/10

The Legend Of Heroes III: Song Of The Ocean

With a name like "The Legend Of Heroes", you know you're in for a joyride of imagination and originality not seen since classic games like "Driver Of Moving Racecar", "Gun Shooter" and "Knights Of The Castle". 4/10

I think it's great that old franchises are being shoehorned into genres that don't suit them whatsoever instead of improving upon what made them great in the first place, it gives me hope for a Kid Icarus deer hunting simulator. 4/10

A horrible mess that destroys the series' story and the psyche of anyone who plays the game, but they did shoehorn two words that begin with a D and an S in the title, so good job I guess! 2/10

Using the touch screen controls to move around and hit the ball where you want is even more difficult than finding someone who has heard of Rafa Nadal. 4/10

An accurate representation of pool, as experienced by an exquisitely drunk man with limited mobility and a deep-rooted sense of self loathing. 1/10

A ten year old N64 game with awkwardly tacked-on touchscreen elements on the DS, who would have guessed? 4/10