Every now and then we hear stories of people playing video games for so long that they neglect their basic needs for rest and nourishment, eventually passing away before the bluish glow of their screens. Can such a thing really happen? Is it possible to be so oblivious that you'd throw away this precious life that you've been given for a video game? You bet it is, and you can do it yourself! While the process is fairly straightforward, I'll show you what to expect by keeping a simple liveblog of my own attempted gamicide.

Before getting started, there are a few things we'll need:

- Computer and/or consoles and games in one location that you can easily reach from the comfort of that leather gaming chair that cost more than your wardrobe.

- Nothing to live for.

- A last will and testament (probably scrawled on a roll of toilet paper tucked away beside your monitor) that saves your loved ones grief by clearly spelling out who gets your collection of dusty video game boxes and that Steel Battalion controller.

- Approximately six hundred cans of Halo 3 edition Mountain Dew Game Fuel. I'm pretty sure this stuff is devoid of water and any nutritional content, but it will keep you awake, which makes it ideal.

- One framed picture of Shigeru Miyamoto for moral support. I would specify a picture when he's smiling, but I dare you to find a picture where the dude doesn't look like he just won the lottery.

Note that I didn't specify which games you should use, because that's a matter of preference. Pick something that will draw you in and really consume your time. My games of choice will be Peggle, Team Fortress 2, and the old standby World Of Warcraft. 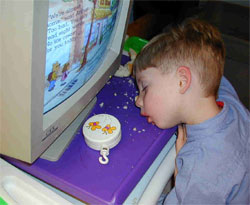 10:18 A.M. Wednesday
I log into WoW and dick around for what feels like fifteen minutes, standing on top of a busy mailbox and /flexing every time someone approaches.

2:31 A.M. Thursday
Alt-Tab out, only to realize that sixteen hours have passed. I instinctively move to get out of my chair and go to the bathroom, but stop myself before ass breaks contact with cushion. Mustn't leave the seat. What do I do?

I briefly consider going the route of the poopsocker, but think better of it. No, I still have my dignity. I'll just hold it in and hope that the waste building up inside of my body will act as a toxin to speed up my impending death.

2:40 A.M. Thursday
Load up Peggle and attempt to complete the 750,000 points in one level challenge, which is a lot like dropping a quarter from a space shuttle orbiting the Earth and getting it to land on a saucer floating in a stormy sea without breaking it, with the coin standing perfectly on its side.

6:58 A.M. Thursday
After getting 749,500 points in one round before losing, I angrily close the game. I've got a headache, and the fact that I'm starving and dehydrated doesn't help. I pound three cans of Game Fuel to fill my stomach, bringing my total slightly past "entirely too much".

The cherry-flavored bile that's been sloshing around my esophagus for the past few hours finally eats its way through the lining of my throat. I can sort of taste neckbone. Does this count as eating? I hope not.

3:03 P.M. Thursday
I hop on a goon-run Team Fortress 2 server. My class? Pyro. My strategy? Stay in the spawn room and try to figure out why /flex isn't working.

10:52 P.M. Thursday
My knee blows out. Wasn't quite expecting that. Luckily, none of the bone fragments that penetrated the underside of my desk hit anything important like the keyboard. The pain is good. It keeps me awake.

4:18 A.M. Friday
I'm beyond exhausted now. Do you remember that part in 2001: A Space Odyssey when Ed Harris is traveling through the cosmos and it's flashing all these weird colors and his eyeballs keep darting around and you're not really sure if he's dying or hallucinating or what? That part just came on, I love that. What a great movie. I can't believe people used to play games without a video iPod nearby.

5:03 A.M. Friday
The librarian just told me I have to leave because "other people need to use the computer". Oh, I'm sorry, lady who's watching over my shoulder as I type this. I didn't realize we lived in a POLICE STATE, or that such a limited amount of power could go to someone's hea

Juiced 2: Hot Import Nights
I'm deadly allergic to semen, so I couldn't even play this one for a few minutes. N/A

Warriors Orochi
Instead of compulsively buying the same game just to knock down hundreds of helpless enemies every six months or so, maybe you people who eat this this up can invest in a domino set. 3/10

Fifa Soccer 08
Another solid entry in the series, but it won't truly be a simulation until we get a riot mode complete with the "Pull A Javelin Out Of Your Neck" mini-game. 8/10

Blazing Angels 2
Now that the series has improved to "mediocre", maybe next time around they'll make a game that meets our expectations for the original. 6/10

NBA 2K8
Feel like you're really in control of the outcome of an NBA game, just like a corrupt official. 8/10

Dragon Blade: Wrath Of Fire
1:1 motion controls for sword games on the Wii are a no-brainer, which is why they aren't in this game. 3/10

Guilty Gear XX Accent Core
Looks like Infinite Undiscovery has some competition for the Most Nonsensical Name award. 7/10

MetropolisMania 2
Sure it looks like an N64 game and you play as someone who answers complaints all day and key gameplay mechanics are never explained, but on the bright side you don't have to buy it. 2/10

Digimon World: Data Squad
The fact that the titular group named themselves Data Squad instead of Action Squad or Fun Squad pretty much explains everything. 4/10

Jackass The Game
All proceeds from this game will go directly into Steve-O's nose, so let's make this the best selling game of all time and pray for an overdose. 5/10

Company Of Heroes: Opposing Fronts
Until you've played as the Germans, you just won't understand why Hitler was always frontin' so much. 9/10

Enemy Territory: Quake Wars
The greatest team-based online shooter that everyone might get around to checking out when they're done with Team Fortress 2. 8/10

Harvest Moon: Boy & Girl
If you choose to play as the girl, you must have sex with the farm equipment and the animals and my best friend and borrow $3,000 from me so you can get brain surgery (which turns out to be rhinoplasty) and then leave me on my birthday and take my favorite jacket, Michelle, you horrible bitch. 4/10

The Legend Of Zelda: Phantom Hourglass
Touch Linky, get happy. 9/10

Worms: Open Warfare 2
With annelid warfare being so prevalent that they needed to release 14 games in the series to properly document it, it's amazing that any of the little guys find time to get stranded on rainy sidewalks and die. 7/10