The 7 Most Awful Wastes of US Taxpayer Money (Part 2)

The Most Awful Wastes are not necessarily the largest expenditures by the US government on questionable projects and programs. We have applied a complex mathematical formula to incorporate all possible variables and determine the weighted value of each entry up for consideration. To put this process in layman's terms: we knew something belonged on the list if hearing about it made us rip our purple jeans and turn green. (Part 1) 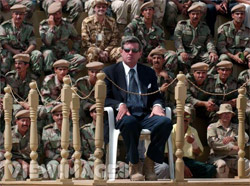 Paul Bremer rules Iraq.The merits and demerits of the war the United States has waged in Iraq have been debated ad nauseam across the Internet. Whether or not it was a worthy or wasteful endeavor depends on your political leanings. This column deals with facts and one of the inescapable facts regarding the US occupation of Iraq is that it is characterized by political cronyism and appalling waste.

Following the successful US invasion of Iraq the Coalition Provisional Authority was created to manage the efforts to reconstruct Iraq as a stable Western-friendly democracy. The CPA was doomed from the outset. It was staffed by neoconservative ideologues, their singularly unqualified relatives, and a menagerie of twenty-somethings with zero experience who were recruited through the website for the conservative Heritage Foundation think tank.

The CPA organized and paid for contracts to stabilize and rebuild Iraq. Over the course of 15 months the CPA handed out billions of dollars, mostly in cash, to pay for construction efforts, logistics efforts, and God only knows what else. I say God only knows because the CPA doesn't know and they rarely kept records of their transactions.

Just informing you that billions in taxpayer money was shoveled into a black hole by the CPA doesn't really evoke the surreal nature of the situation. The money being used to finance the Iraqi reconstruction arrived weekly. C-130s would fly into Baghdad carrying huge shrink-wrapped pallets of cash. Each pallet carried 40 "cashpaks" worth 1.6 million dollars in 100 dollar bills. Over the 15 months the CPA received 363 tons of cash. Contractors were reportedly paid in bags of cash handed from the backs of trucks.

The most infamous incident surrounding the CPA's cash giveaways came in April of 2004. A shipment of cash totaling 1.5 billion dollars was loaded into three Blackhawk helicopters and flown to the Kurdish region. The money was handed over to a courier to be used as bribes and payments. There is not even a record of the courier's name. 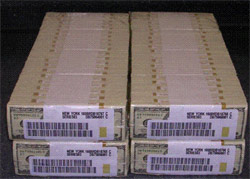 CPA cashpaks, hot off the Federal Reserve presses.Think about that one for a second. Three helicopters were carrying cash weighing multiple tons and with a value equal to the GDP of Liberia. Some guy picked up all this cash and disappeared into the night and no one bothered to write down his name. You might think maybe get his number, give him a call. Just make sure your 1.5 billion dollars gets where it's supposed to go.

Before its ignominious "handover" of power to the Iraqi government - CPA head Paul Bremer fled the country unexpectedly and under Blackwater protection - the CPA doled out untold billions. The amount is literally untold, because no one has ever told exactly how much was spent, but it exceeds 20 billion dollars. The accounting firm responsible for the CPA's bookkeeping was run out of a private home in San Diego. GAO investigations and congressional hearings have determined that the bookkeeper, brace yourself, did no bookkeeping.

All of this, and not even a mention of the maddening corporate graft going on, involving invoices for thousands of non-existent employees, the government leasing its own equipment back from companies run out of the Cayman Islands, and the trump card of contracting corruption: Halliburton.

The CPA and the contracting environment in Iraq made many people extremely wealthy. If you're reading this article odds are good you are not one of those beneficiaries of the American taxpayer's astonishing largesse. 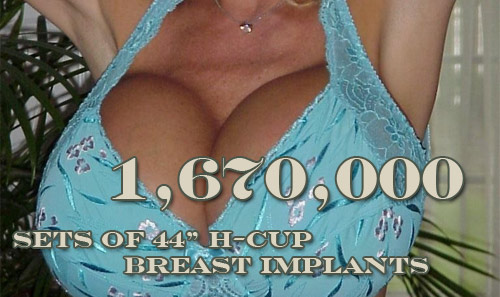