It's a great time of the year to be a sports fan! You have March Madness culminating in the Final Four: 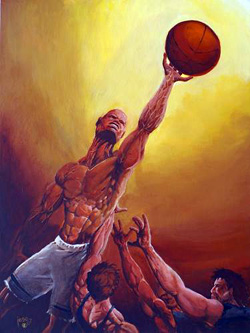 And major league baseball's opening day less than a week away: 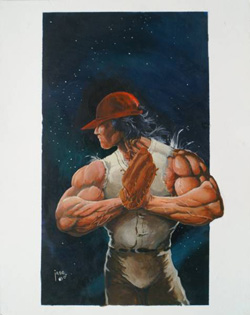 Finally, not long after a triumphant Olympic showcase, hockey approaches its anything-can-happen postseason: 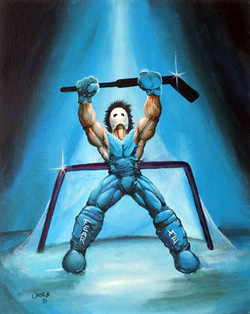 If you're a connoisseur of these assorted sports, you might be thinking: These athletes are much more sleeveless/shirtless than the ones I've been watching on television during my many years of fandom. What are you trying to pull, Art by Jase? But this is Jase's world, one in which everyone is built like Pumping Iron Arnold, but without the aid of even imaginary steroids, because these are just "bodies driven by hard work and the desire to be the best."